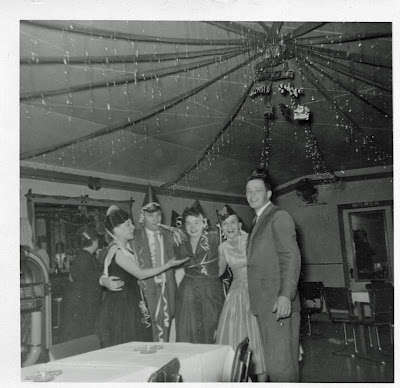 A very happy New Year to all!
Now, why should year-end round-ups be the preserve of newspapers and TV programmes? I've done my own, below. God knows how I have actually managed to watch 10 TV series, read 10 books, etc, etc, when I feel as though I'm in a permanent crisis of not having enough time. Perhaps if I watched less TV, read less books, etc, etc. The argument goes on and on in my head, but in the meantime I really enjoyed all the below.
Books I’ve most enjoyed in 2011
Vols 1-3 of Vilhelm Moberg’s The Emigrants
Teach Us To Sit Still by Tim Parks
A Wreath of Roses by Elizabeth Taylor
The Slap by Christos Tsiolkas
Couples by John Updike
The Importance of Music to Girls by Lavinia Greenlaw
The Hare with the Amber Eyes by Edmund de Waal
Invitation to the Waltz and The Weather in the Streets by Rosamond Lehmann
Art I most enjoyed
Gerhard Richter Panorama at Tate Modern
Peter Blake A Museum for Myself at The Holburne Museum, Bath
Grayson Perry The Tomb of the Unknown Craftsman at The British Museum
Frieze, Regents Park
The Royal Academy Summer Exhibition
Real/Surreal at the Whitney, New York
The Private Collection of Robert Rauschenberg at Gagosian Gallery, New York
Maurizio Cattelan at The Guggenheim, New York
The Manor, Hemingford Grey, nr Cambridge
Susan Hiller at Tate Britain
Wilhelm Sasnal at the Whitechapel
Marlene Dumas at Frith Street Gallery
John Stezaker at the Whitechapel
Top 10 music tracks
I Follow Rivers: Lykke Li
Wetsuit: The Vaccines
Norgaard: The Vaccines
Still Life: The Horrors
C’mon Through: Lasse Lindh
Helicopter: Oh Land
Animals: Miike Snow
Over and Over: Teddy Thompson
The A-Team: Ed Sheeran
Pumped up Kids: Foster the Kicks
Top 10 TV shows
[Mad Men – can’t believe it was last on in 2010]
Educating Essex
The Killing II
Glee (still keeping the faith)
Psychoville
America’s Next Top Model Cycle 16 (bitchy Alexandria)
The Hotel
The Slap
X Factor (can’t lie – I watched it all)
The Glee Project (even better than the X Factor)
Reel History of Britain
British Masters (with James Fox)

Finally, this quote from artist and filmmaker Steve McQueen is going to inspire me for 2012, even if I know I will almost certainly fail to live up to it:
[NYC report to follow soon]

Jane, I'm still absorbing all the detail of NY Day 4 and then I scroll up to another post which is even more to take in. I have never heard of any of those music tracks which tells me I am way out of touch. I didn't watch any of the tv except for The Killing and your eclectic book choices only crossed over with mine twice. In fact I read another Elizabeth Taylor but did start the Hare with the Amber Eyes. Have yet to finish it though because I found it a tad slow. Just goes to illustrate how two people with shared interests can still have such individual enthusiasms. Long may it continue into 2012.

I'm impressed that you managed even to gather the info on what you read, watched and saw! Love the quote, the fact that you tore it out of the paper and photographed it!

Still catChing up on New York.

Oh, and a Happy New Year1