It was our last day in New York and we were leaving the city very early the next morning. All of us felt a sadness that we have never really experienced before when on holiday. Usually there's little reluctance to leave, however good a time we've had, as the pull of home starts to exert itself. But I think all four of us loved New York so much, we'd quite like to have stayed there for who knows how long.
So we had to cram in as much as possible... I don't have many photos for this day, as you couldn't take photos in the galleries. First we went to the Gagosian Gallery on Madison Avenue to see Robert Rauschenberg's private art collection. As Gagosian is a commercial gallery, it's really just a posh shop (we told ourselves as we tiptoed in trying to look respectable), but the opportunity to see Rauschenberg's own collection seemed quite special. It's all being sold, after his death in 2008, to benefit the new foundation set up in his name. The art was great, a lot of it personally dedicated to 'Bob', and gave a sense of a close-knit circle of artists.
It felt very cool to be in that smart private gallery -- how were the staff to know that we weren't a shabby-looking family of vast wealth looking to blow a few millions on a Jasper Johns...?
After Gagosian, we went to the Whitney Museum of American Art, which was also terrific. We didn't much rate the special shows dedicated to Sherrie Levine (seems like a massive case of Emperor's New Clothes) and David Smith (apparently one of the greatest sculptors of the 20th century... liked shiny rectangles), but I was wowed by the floor that drew on the Museum's own collection. It was called Real/Surreal and brought together ... realists and surrealists in order to show the common ground between the two. It was true! I've always said to myself that I'm not keen on surrealism as I tend so strongly towards the realists, but, placed side by side like this, you could see that both tendencies depended for their effect on elements of the other end of the spectrum. It came down to 'making strange', I guess, so that a city sidewalk would be given an aura of unreality by its emptiness or the cool, oblique light, and a fantastical scene would be imbued with creepiness by the sense that it could be happening just around the corner in your own world.
I was very struck by this weird lithograph by Robert Riggs called 'Children's Ward' from c. 1940: 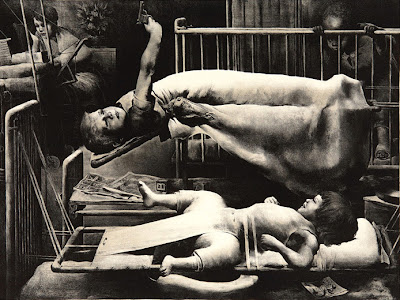 After that we walked down Madison Avenue (sigh, how long before I can write those words again...?) to Barney's department store, which made up in glamour what Macy's had lacked the day before. Instead of Santa's grotto they had 'Gaga's Wonderland'. I'm not a massive fan of Lady G, but there was something enjoyably camp about this whole thing. 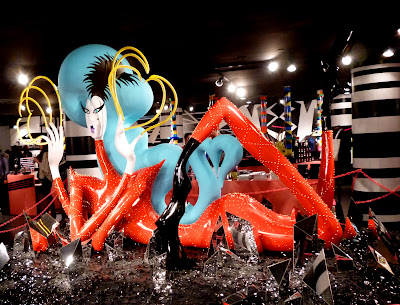 A quick trip round FAO Schwarz next but it was insane. You had to queue both to get in and to get out, which tended to induce mild panic. The sweeties bit was good. 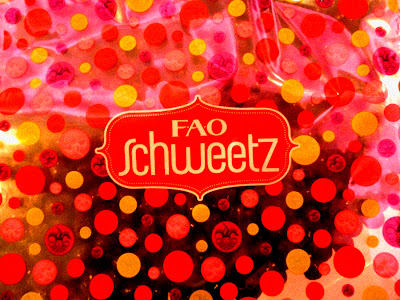 Can you sense the crazed fever setting in now? We had to fit everything in that we hadn't done previously. Impossible! But it was on to Central Park. 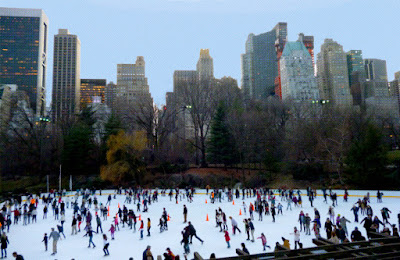 Sigh.
Then up to Columbus Circle. 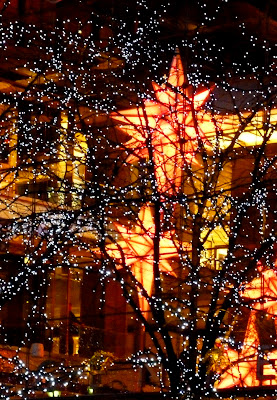 Sigh.
Then, finally, a last tired walk back to the hotel, taking in a supermarket. 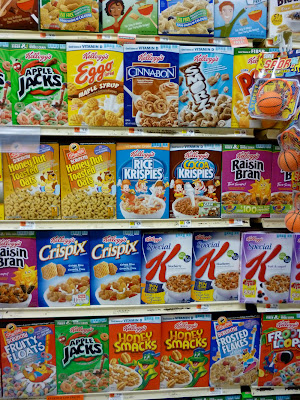 And then packing. And sleeping. And leaving.
Posted by Jane Housham at 11:04

Tell me - Sweden or New York? Which did you enjoy most or is there no comaprison? Sounds like you might book a return trip in the not too distant future!

This series is what blogging is about Jane - I haven't had time to take it all in yet, but some wonderful images over your week have conveyed a vibrant city no wonder you didn't want to leave.

I know just what you mean - I'm sure however long you stay in New York, there's always more to see. It must have been extra exciting at Christmas too.

I'm still amazed at how much you managed to do.