What bliss to have four straight days at home -- again. I've been doing all the things I like to do: first of all, mooching round a few charity shops. I went in Oxfam, which I don't often do these days as they've got so posh and expensive. But my luck was in as I found this: 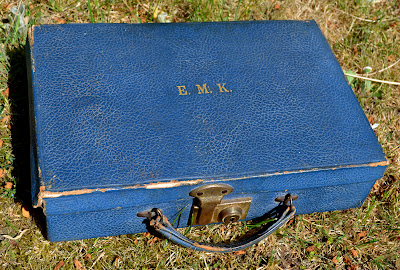 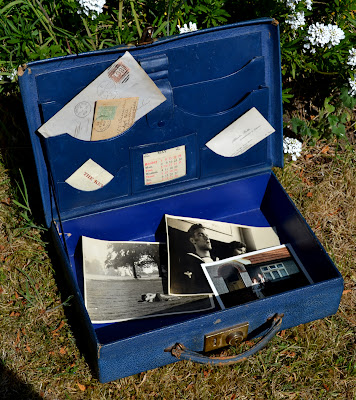 It has an eternal calendar and a little key. I've given it to my daughter.
Then I had a shot at making something I've been meaning to try ever since Natalie Portman was seen with one at the premiere of Black Swan -- a bag made from an old book. 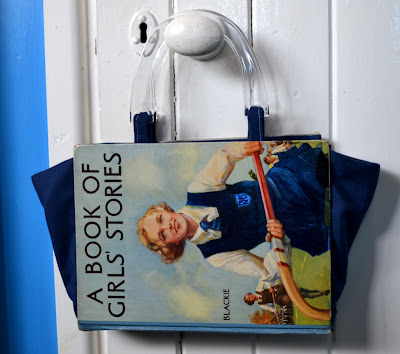 Mine's not as sophisticated as Nat's but I'm quite pleased with it. I followed a tutorial on YouTube and, funnily enough, when it got to the really really tricky bit, the person's shoulder just happened to obscure the view, so you couldn't see them tussling with the second half of the lining. However, I managed to wrestle it into place. 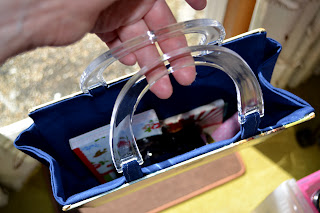 Then I had a go at framing a picture. It was just a little drawing I'd done and not worth paying a framer to do it, so I just cut a mount myself. 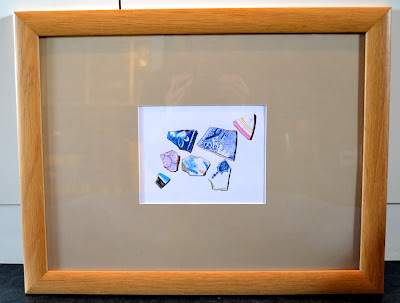 The frame's too heavy for the picture, really, but it was the best one I had to hand. It was only a try-out anyway.
Now I'm off to cook polenta and peppers for tea. Still several hours of this nice day left so I'll see if I can wring something else out of them.
The excitement of our third Postman's Knock postcard swap is dying down, although there are still a few postcards to be posted about. I dream about postcards now...
Posted by Jane Housham at 16:56

I dream about postcards too. I'm ahead of myself now and have to concentrate on 'overhead'.... if I get hold of the person who chose that... not really Jane, I have a few ideas already but it is all about doing them justice and coming up with something that reflects your particular take on the world. I'll do my best. Lesley

Sounds like a perfect long weekend. I am LOVING the book bag, wonderful fun, well done!

I'm so glad I'm involved in Postman's Knock. I was a couple of postcards in front but I've been doing other things and I've now got to do 'Water' for the next swap. Luckily I have an idea, but will it work out, *gulp*?!

The postcard "thing" kind of sparks so much creativity, doesn't it? Some of the titles fall into place pretty quickly in terms of generating ideas and others are more of a struggle. My hardest ones are the ones towards the end...

I LOVE the bag you have made. Very, very clever....

what a brilliant Oxfam find - and love the Ladybird book bag.

I love the bag from a book idea - it looks very complicated (and beautifully made). I keep thinking postcards too!