I actually felt the warmth of the sun on my back earlier this week. It seemed so long since the sun had warmed my bones and I just didn't want to move in case I broke the spell. 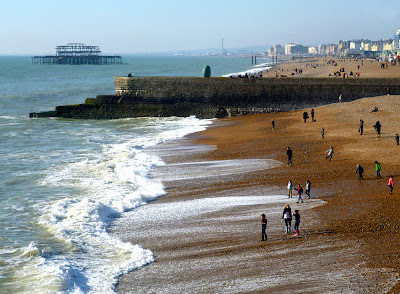 We went down to Brighton for a couple of days. It's the perfect place to mooch round and I know my way around well enough now not to feel like too much of a tourist. 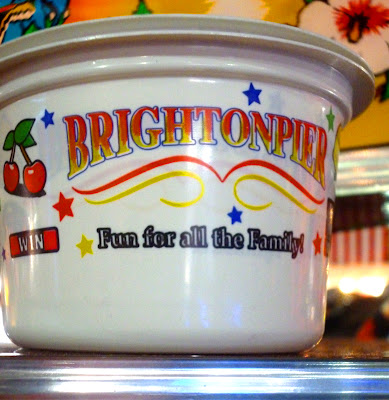 We strolled on the pier, me with my 'Martin Parr' glasses on, trying (and failing) to capture kitschy moments. 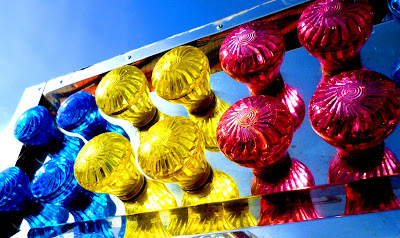 I love taking photos in fairgrounds although cameras aren't always very welcome. I was once asked, rather gruffly, if I was from the RSPCA while taking a shot of goldfish in bags. I think these have disappeared now, which is no doubt a good thing. This time I tried to get a good picture of the bucking bronco but none of the men that clambered on it looking so cocky stayed on for more than a second -- their time being announced wearily by the MC. 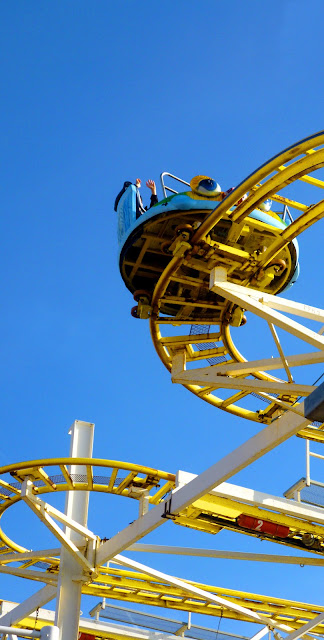 The penny falls took our money, having hypnotised us as usual. I'd love to know what the average annual income is from one of these machines. Do the amazing structures of coins ever just collapse and spew out of the machine? I don't think so. 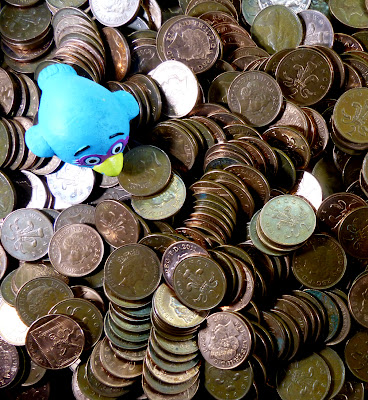 We went to see the 'Biba and Beyond' exhibition at Brighton Museum (on till 14 April if you want to catch it). I absolutely loved this. 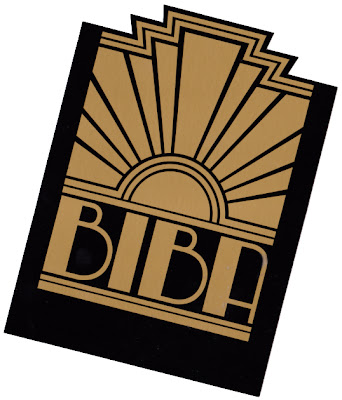 Quite often fashion exhibits leave me cold -- or only admiring the skill and flair of the designs but not really feeling them. With Barbara Hulanicki's clothes, I just longed to be living in the early Seventies and to have the tiny frame that it seemed you needed to wear them. I adore her doll-like Biba look and the way she mixes Edwardian, Deco, even medieval references. 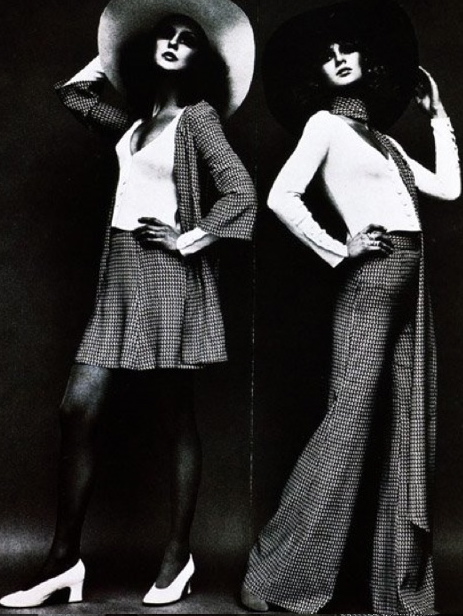 It probably helps that I'm obsessed with early David Bowie at the moment. It all chimes in.

I got a blissful hour on my own in Snoopers' Paradise (cool 4-min video about it here) and bought a few old photos (of which more in a future post). We also walked along the promenade in the gorgeous sunshine to the strangely unattractive new Brighton Marina development to see Wreck-It Ralph which I loved. I'm a complete sucker for pixel art and visual jokes and fantasy landscapes made of sweeties -- plus Sue from Glee and Kenneth from 30 Rock. What's not to love?

After we left Brighton we came home via Chichester and Pallant House gallery, which I've wanted to go to for ages. Unfortunately they were just installing the new Kitaj exhibition, so we missed that, but the permanent collection was definitely worth seeing -- some beautiful British art from the first half of the twentieth century.
Then it was back to normality and -- oh lord -- it's snowing AGAIN as I type this. Make it stop.
Posted by Jane Housham at 08:35

Jane, I don't know what the definition of a snooper is either but I want to go to that place and do some of it! Wonder what you bought? It will be interesting to know in due course. Great reminder of Biba too. I am of the age to remember buying Biba cosmetics (I thought I was so trendy!) and seeing the fashions in my monthly copy of '19' magazine. God I feel old all of a sudden....