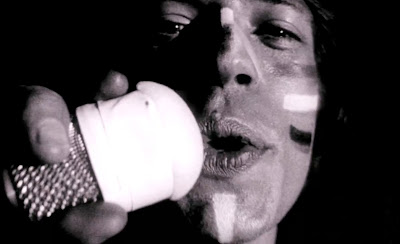 Last night I 'went' to the premiere of the new Rolling Stones documentary, Crossfire Hurricane. Alas, I didn't actually go to Leicester Square to see Mick and the boys strutting up the red carpet, Keith apparently wondering why they were there. I was sitting in the cinema in Stevenage where the whole event was beamed live (and to another 300 cinemas round the world as well). It was good fun. Lauren Laverne was our host and nabbed people of interest and glamour as they went up the carpet. I have to say the celebs were rather thin on the ground: Liam Gallagher was the 'highlight', mumbling rather resentfully that he'd met the others but not Keith (who is the one, you imagine, he has modelled himself on but who has perhaps chosen to steer clear...). Otherwise, there was Anthea Turner and Grant Bovey (seriously), Colin Firth (who has never done it for me, wet or dry) and, erm, that was about it. 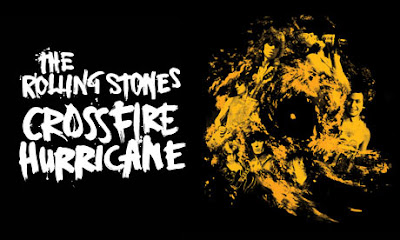 However, the film itself was absolutely brilliant. It's made up entirely of pre-existing footage, with new interviews with the Stones making a commentary. I only got into the Rolling Stones recently -- I've no idea why it took me so long as I was a fanatical fan of punk as a teenager (albeit one who remained 'normal' on the outside -- inside I was raging, spitting, pogo-ing, all the while neatly dressed and with a nice bob. I read the NME in secret). 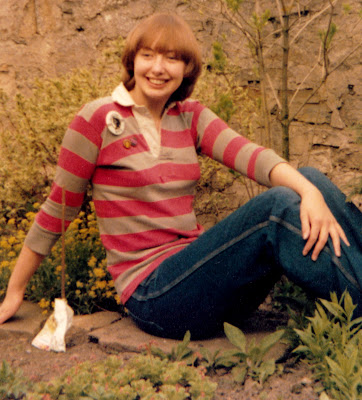 This is me in 1979, at the height of my punk phase (loving The Gang of Four, Television, Tom Robinson, Stiff Little Fingers, the Buzzcocks and other more obscure stuff I got off the John Peel Show). I appear to be wearing a badge the size of a saucer, which I think is probably a Rock Against Racism badge, and also two small TRB badges. All this is to say that when I finally got into the Stones, about a year ago, I discovered that all the things I most loved about punk had been lifted note for note from the Stones. It was really musical theft. 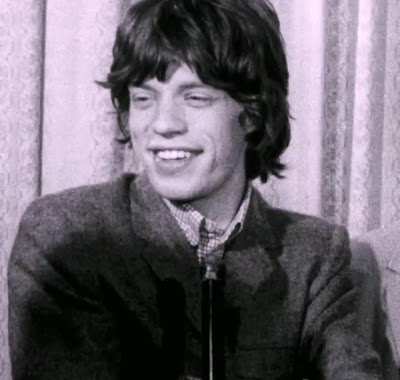 I've been reading up on the Stones and have read Keith's autobiography as well as Stanley Booth's and Robert Greenfield's great books about touring America with the Stones. And I've watched Gimme Shelter (a documentary film about Altamont) and also Performance, in which Mick stars with Anita Pallenberg (just couldn't see it as a 'modern classic' though). And I've gorged on the music. The film last night was an amalgamation of all of those elements, brilliantly edited together into a really powerful wave of imagery and sound. The amazing energy that the Stones unleashed in their fans was terrifying -- far more destructive than punk, really. It was completely anarchic and primal. I think the band themselves were frightened by their own power, but then they got on top of it and used it, distancing themselves from reality in various ways. If they hadn't, they probably would have gone insane or died, like Brian Jones. I absolutely love Mick Jagger, especially in his early incarnations. He personifies male beauty to me.
Posted by Jane Housham at 12:02

Interesting. I've never really connected the Stones to punk. Not sure I quite see it, but maybe the film would make me think differently. As for musical theft - surely the Stones' music is just lifted from American rhythm and blues anyway?

I love the Stones music of the 1960s and 1970s, and loved it back then too, but I've never particularly liked them or been interested in them as people.(Whereas the Beatles, especially in the 1960s, fascinate me.) I'm not sure why this is.

This thought in turn, reminded me of the TV programme 'Stella Street', with Mick and Keith portrayed as corner shopkeepers - did you ever see that?

Jane, I laughed at you reading the NME in secret. In my day it was the Melody Maker which made you feel really 'in the know'. As I was of the age that grew up with them I have to admit I was a Beatles girl and not a huge fan of the Rolling Stones. As a teenager I was enamoured of George Harrison and its a passion that lives on. For me he was the best but I know Mick has appeared in a few of your works recently so I now know where the inspiration is coming from!

Jane, how sweet that you were a neatly-bobbed closet punk! I was taken to see the Stones at the Odeon in Luton by my parents, must've been about 1965. We left early because there was too much screaming, and it was probably way past my bedtime by the time they came on.
I was also more of a Beatles fan. I thought the Stones terminally ugly although they make great art subjects (as you are demonstrating. Keep up the wonderful work!

The big badge you are wearing is a Boomtown Rats badge. Now there is definitely a connection with Geldof aping Jagger.