Cooking up a creative storm 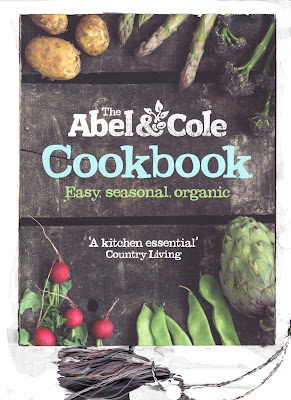 I just wanted to say thank you so much to Gina firstly for the really lovely cookbook she gave me as the prize in her blog giveaway. It's such a nice book and I'm already drooling over the recipes -- very many beautiful, seasonal things to make with minimal fuss -- just the sort of recipe book I love.
I was actually able to pick it up in person as Gina was at her art group's exhibition at Art Van Go in Knebworth. I had a good chat with Gina and admired Spectrum's artwork and also met Jill from the Postman's Knock postcard swap and Gilly the Vintage Rock Chick (in her new jacket which I liked a lot). I even ate one of Gina's beautiful heart-shaped custard creams which I'd read about only hours before on her blog. It's a bit like Alice in Wonderland when that happens and you go through the mirror into your blogworld. I like it a lot.
Although this shop is only about fifteen minutes' drive from where I live, I'm ashamed to say I've never been before, but it was great. Not only a very pleasant exhibition and workshop space but an amazing shop packed out with an immense range of art materials. I wanted a particular thing and thought I'd have a look for it while I was there, never dreaming they'd have it, but they did. I was impressed.
I'm not going to let on what it was I was after because it was something I needed to try out a new idea, and this idea is either ridiculous or exciting -- either way, it'll be better if I keep it under my hat until I've had a go at seeing if I can get it to work. In my mind it's going to be my ENTIRE FUTURE as an artist, but if my previous 'big ideas' are anything to go by it'll actually be a case of acute frustration and lobbing some sorry effort in the bin. We shall see....
Posted by Jane Housham at 18:03

Only 15 minutes from Art Van Go!!! They have a fabulous range of materials and are the only source for acrylic wax and omnicrom sheets I know. Now you've found them you won't be able to resist... and of course I am intrigued about the medium and what plans you have for it.. go on, spill the beans... or give us a hint, just a small one maybe...

I'm rooting for you Jane... this new idea is going to be BIG... can't wait to find out more. Thanks so much for coming to our exhibition - it was lovely to see you.