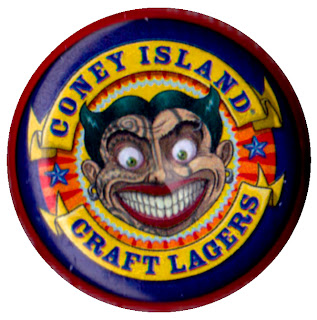 Day Two of our New York visit found us heading, first of all, to the Antiques Garage (at 112 W 25th Street), a long-established fleamarket. We had researched fleamarkets before we left the UK, and had a list of six different ones, but in the end we just went to this one as raking through piles of old stuff is not really the kids' idea of fun. (Wish we'd gone to the Hell's Kitchen one, apparently the best.) 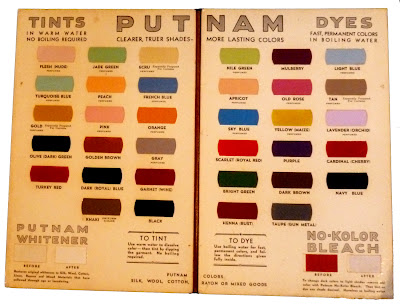 I was thrilled with the things I bought. A colour chart to add to my collection. I love colour charts SO much! 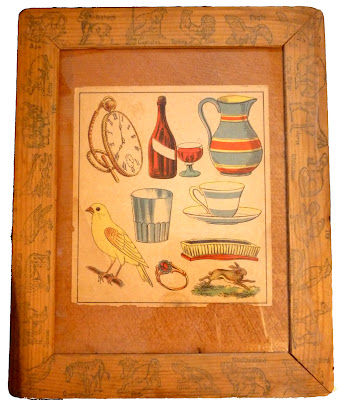 A children's picture. I like the animals on the frame. 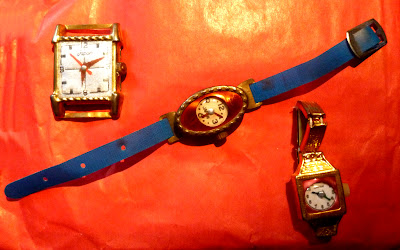 And some little toy watches.

Having just googled the Antiques Garage, I discover that it's venerable and also under threat. Apparently it was the first fleamarket to spring up in Chelsea and was then followed by hundreds more, filling four blocks (four blocks!) with tat-vendors. Imagine that. According to this article, Andy Warhol, Susan Sontag and Greta Garbo once paced the stalls! But soon the Garage will make way for a hotel, which is a great shame.
There's a show on American TV, of which I've only seen a short clip, called Oddities. It's a reality show set in a real-life New York fleamarket, Obscura Antiques and Oddities, in the East Village. What I wouldn't give to be able to watch this show!

Well, that was me pretty much done, in terms of buying things in New York. I wasn't so interested in the fancy new stuff.
But the best was still to come. We hopped onto the N Train, which took us all the way to Coney Island. Ever since I found this little image online, having no idea what it was, and then found out that it was the Parachute Drop at Coney Island, I've been obsessed with the place. 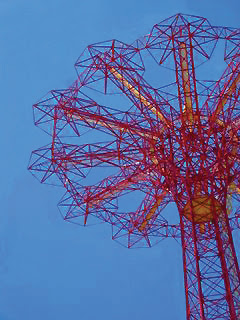 I've frequently 'visited' Coney Island on Google Earth. Here, for example, is the Coney Island Museum:
I could scarcely believe I was now about to stand on Surf Avenue for real. And on an absolutely beautiful cold bright winter's day.
We had fixed up to have a guided tour and our guide, Danny McDermott, met us outside the museum. See the bottom of the page on this link for more info, if you're interested. Danny was a lovely chap and although the whole place felt very benign and safe, it was more relaxing to be in someone else's hands and who could show us everything there was to see. 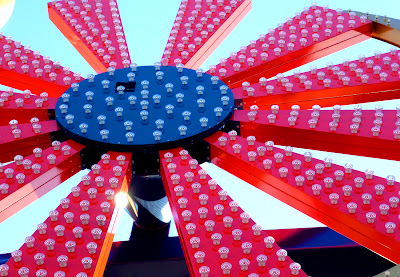 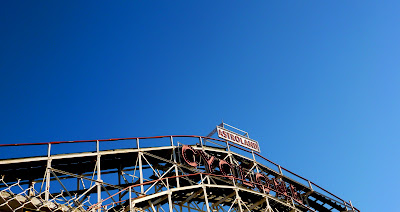 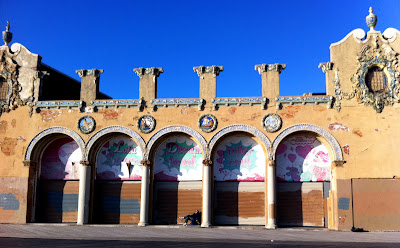 We saw this beautiful old restaurant where the diners ate under the stars on the roof terrace. For a while the building was resurrected as a rollerskating rink by local entrepreneur Lola Star, but it's closed now. We met Lola Star in her souvenir shop! 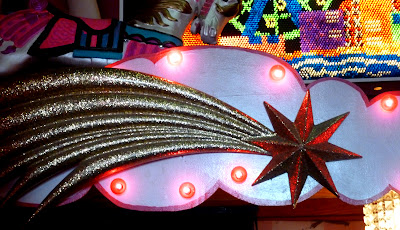 Yes, we got the t-shirts. I think Danny was on a one-man mission to boost Coney Island's businesses in the slow season when the rides are shut as he also took us into the sweet store and to Nathan's Famous, the first fast-food outlet In The World, where we all had to have a chilli dog -- the less said about the chilli dog the better... I'm sure Danny said that Eddy Cantor and Jimmy Durante worked here, but I've probably got that wrong. It has a glittering history, if hot dogs can glitter... 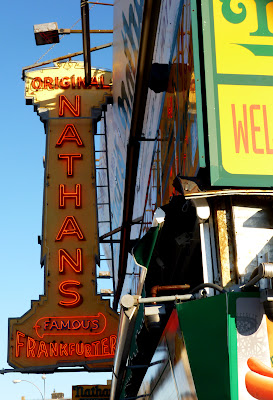 We walked along the boardwalk, past the shuttered food outlets. 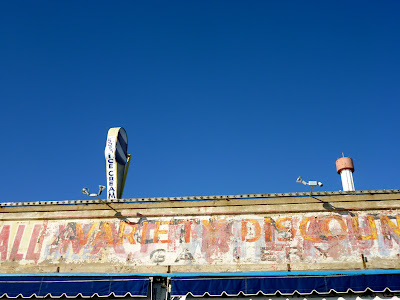 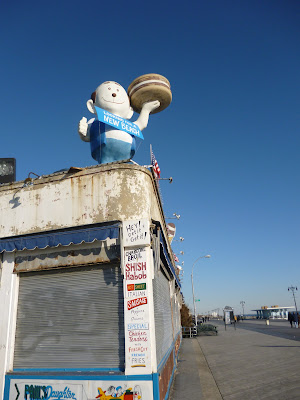 Then we got the best view ever of the Parachute Drop, shining in the sun. 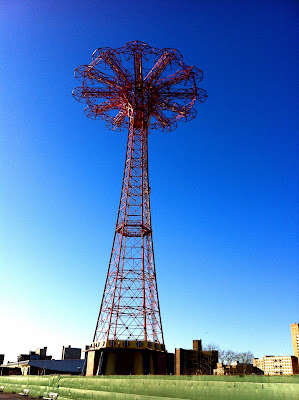 We went down onto the beach and I picked up a piece of driftwood that I'm going to paint on. 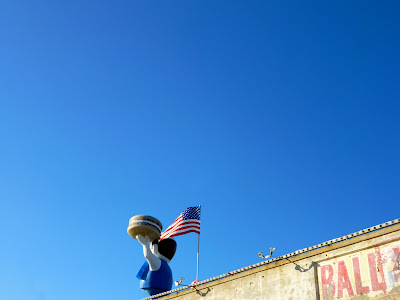 We saw the corner where Scarface got his scar. We went on the pier and saw the fishermen. We saw the place where the Polar Bear Club members run into the sea on icy winters' days. It was all wonderful. I love the happy-sad feeling of rundown pleasure grounds. 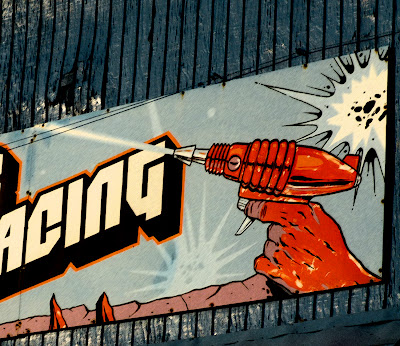 Come back tomorrow for candy, pickles and the Empire State Building...
Posted by Jane Housham at 12:49

Another great day. All that pre-planning has produced some great memories. Roll on day three.

Loving visiting New York by proxy! Fantastic little toy watches, and how wonderful to get to see The Drop in real life after falling for the charm of the structure.