David Gentleman is one of my absolutely most loved artist illustrators. The other day I had one of those moments when two completely separate aspects of your life collide. I had decided to do a blog post about David Gentleman and was looking out the two relatively rare books I have with his illustrations (in addition to the wonderful but very well-known David Gentleman's Britain/Italy/Coastline series). They are both very slim volumes and were quite difficult to find amongst all my books but I managed to hunt them both out. One is The Shell Book of Roads from 1964, quite an early title. 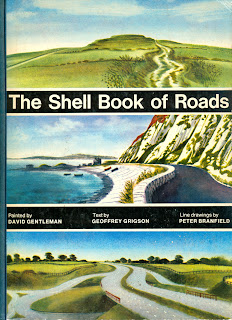 I hadn't looked at it for a long time and, flicking through the pages, I was amazed to see this watercolour of Sewstern Lane on the Leicestershire/Lincolnshire border: 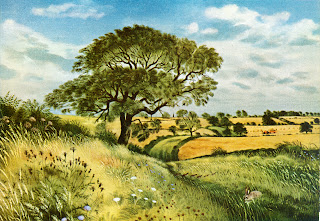 This seems to have been drawn from almost the exact same place as the photo we used on the cover of a book we published recently at work: 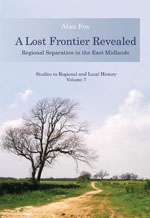 The book is about regional boundaries which predate county boundaries by centuries (and which are usually to do with watersheds and other natural features of the landscape). Sewstern Lane lies on one such ancient boundary. If I had only known I possessed a much more evocative image of this place, I would have gone to almost any lengths to get permission to use it on the cover. It's too late now, alas.
David Gentleman studied at the Royal College of Art under two other of my adored artists, Edward Bawden and John Nash (brother of Paul). I don't fully understand the process of artistic influence, which is surely a subtle and relatively subconscious thing, but Gentleman's style seems almost to be the child of those two stylistic 'parents' -- Bawden's energetic and humorous lines and Nash's sentimental lyricism. It's hard to show this in just one image for each, but a quick browse on Google Images would soon illustrate what I mean:
Here's one more image from the Shell Book of Roads:
Although David Gentleman always captures the spirit and character of every country he visits (his drawings of India were the first images of that country that have made me understand why people love to go there), I find his illustrations of England so true that it has the effect on me that I imagine poetry has on other people. I feel he shows places as they really are and yet at the same time he lets you in on why they're wonderful.
My other interesting Gentleman book is a National Trust book made out of illustrations done for a Whitbread (Brewery) calendar for 1972: 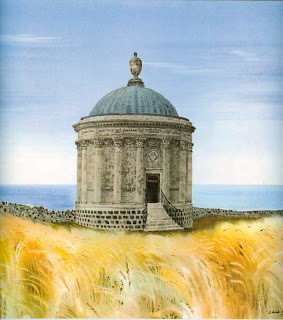 This is a little temple on a cliff in Coleraine, Northern Ireland. Wouldn't you love to be there with the wind in the grass and the sea below?
Such is my love for David Gentleman that the other day I did something completely out of character, which was to buy a Wedgwood collector's plate. It has an illustration by Gentleman on it, of Harlech Castle, and I just liked it:

I think he has a genius touch and the most extraordinary ability to render reality into two dimensions. I have one further example of his work, which I cut out of the Guardian when it was used in the Books pages. It's just stuck on the wall in the corner of my mad little space, but when I look at it, I could be in that tussocky field, waiting for the rain clouds to break. 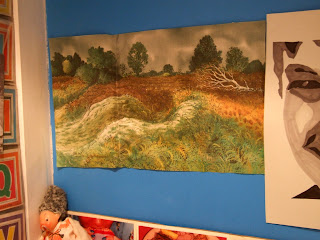 Hello Jane, thank you for your nice comments on my blog. I'm always happy to discover new people out here and I like your blog. The illustration and the book cover which shows the same landscape is really amazing.
I like your sketchbook pages as well - and I'm sure I'll look more closely through your posts pretty soon. Have a nice weekend.

A wonderful post. Love that illustration of the cornfield........

What gorgeous illustrations - the muted colours are fabulous.

Ah, Jane. That's just lovely. I'm wondering if David Gentleman is still alive? If so, couldn't you meet him? Or is that a stupid suggestion?