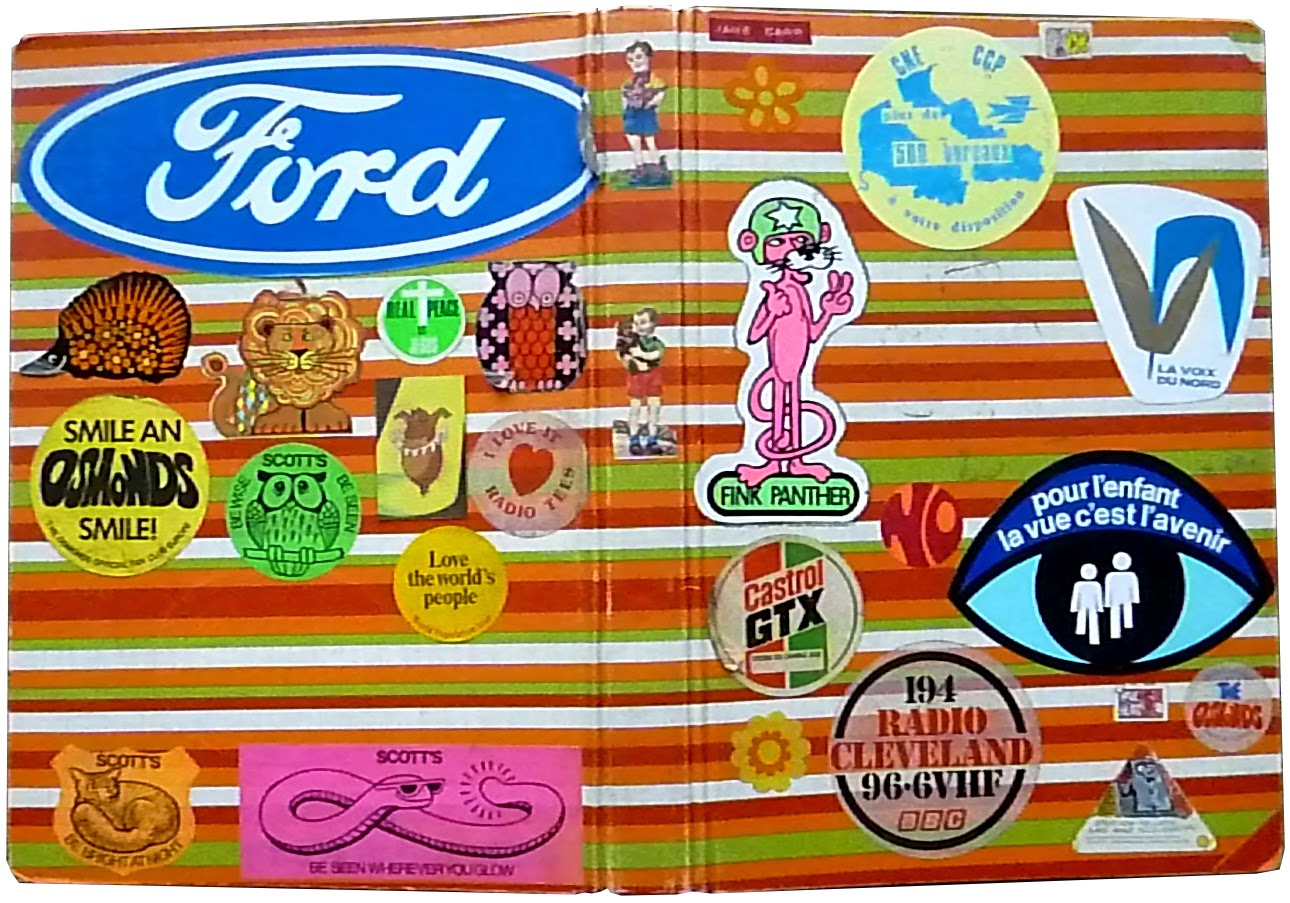 This post is rather self-indulgent, so I beg your indulgence.
The picture above is of my school ring-binder, which I've kept for ... just over four decades. It's hideous, covered with horrible striped sticky-backed plastic and then adorned with stickers. It's the stickers that fascinate me. They are insanely eclectic and ugly -- I can remember that I was so crazy for stickers that the actual content of the stickers didn't matter. I just had to have stickers. The folder reflects my completely uncritical love of adhesive cutouts and is a weird reminder of myself at the age of eleven. 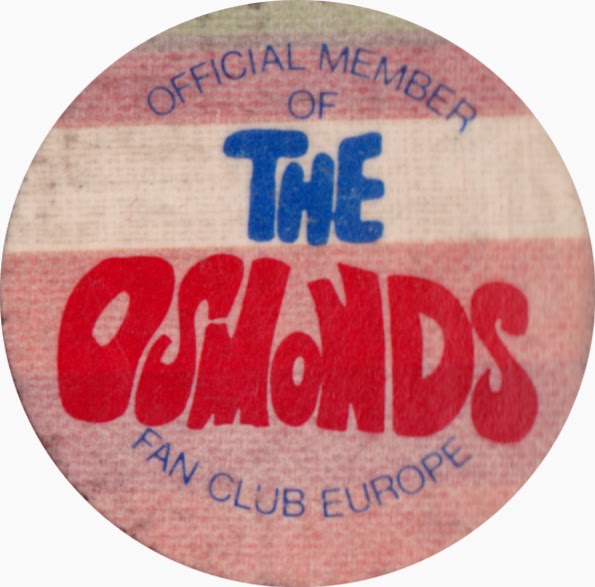 I was NOT an official member of the Osmonds Fan Club Europe (founded on 1st January 1973 by Maureen Street). I didn't even like the Osmonds. On 2nd November of that year my Mum went down to London on her own for a few days, staying as we usually did in the Britannia Hotel, Grosvenor Square (it was owned by British Rail and you could get good deals if you booked the hotel at the same time as your train ticket). She sent me a postcard which read, "When I arrived at the hotel, which is lovely, I found a great crowd of screaming girls yelling p*** o** at anyone who dared to look at them, standing outside … and what do you think? The Osmonds are staying at the same place!!! I wonder if I shall see them? What a treat – I don’t think." She didn't like them either. 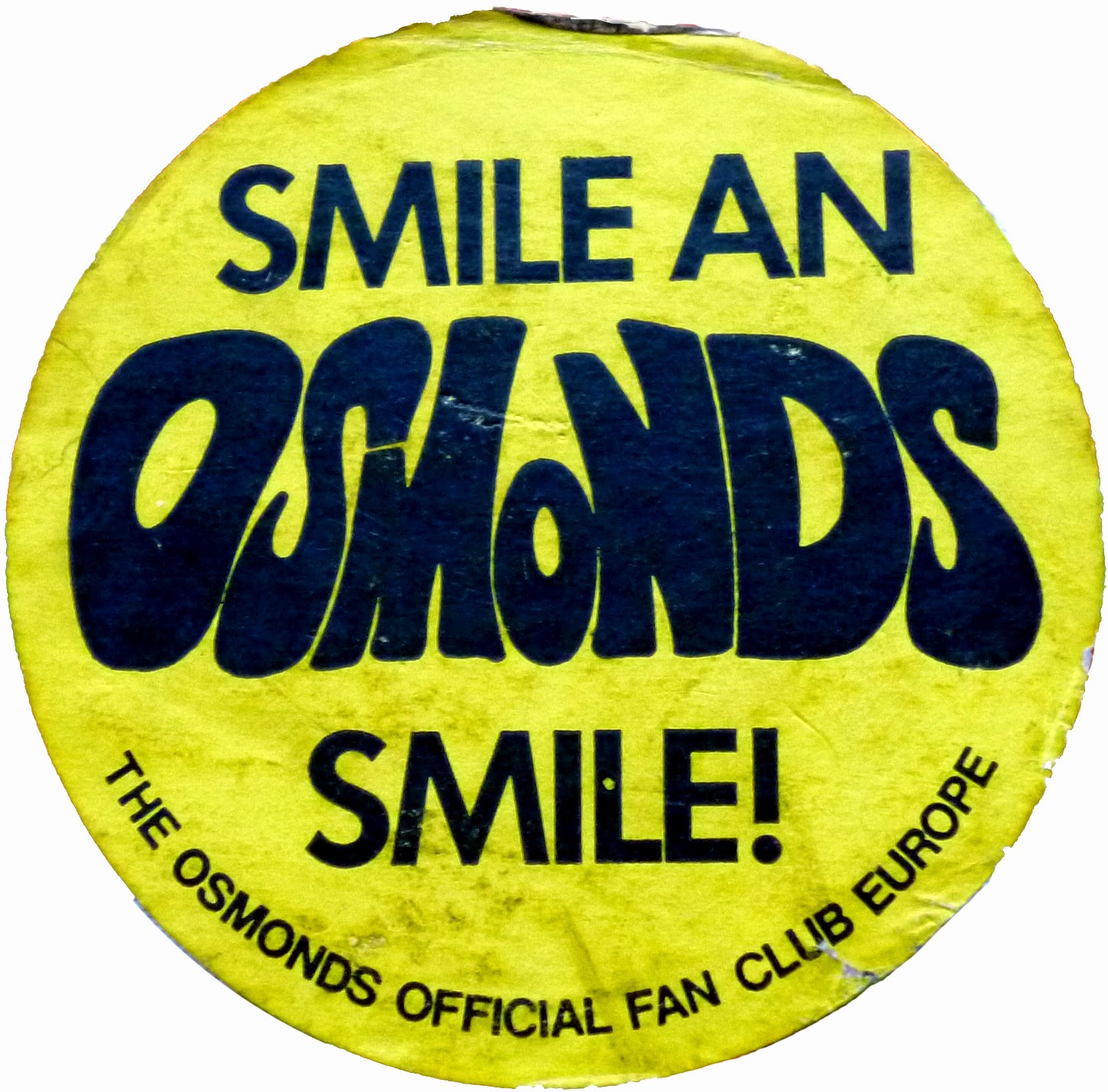 This folder is full of things I didn't like: I wasn't remotely interested in cars... or anything to do with them... 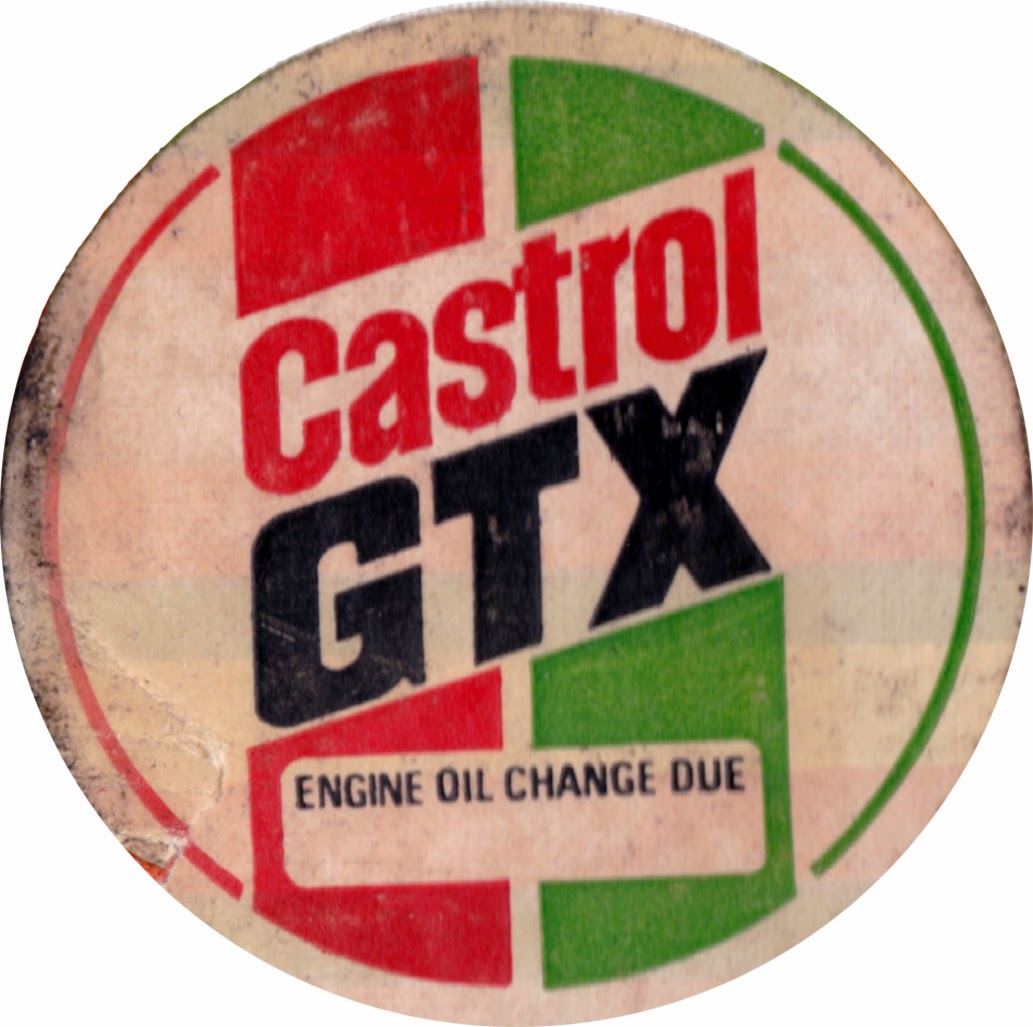 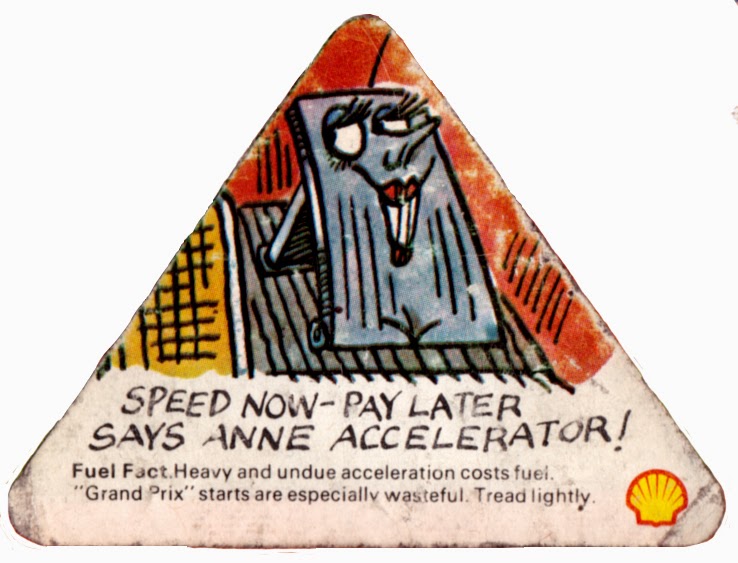 Nor religion (though now I come to think of it I think it was 1973 when I was briefly lured to 'Joyseekers Club' at school because a nice boy called Nigel used to go and I liked walking home with him afterwards)... 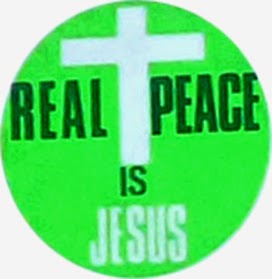 Radio Tees and Radio Cleveland were our local radio stations. My best friend and I once got 'The Sloop John B' by the Beach Boys played as a request on Radio Tees -- strange choice (we liked singing harmonies to it). Radio Tees was commercial and we always felt a bit naughty listening to it, as it if was Radio Caroline. It wasn't.

The dancing hippo is a Vari-vue or lenticular sticker with a movement effect when you tip it back and forth. Apparently they were given away in Spar supermarkets in 1973 and are now quite rare. It's Disney and I'm afraid I was a terrible snob about Disney when I was a kid too, always bemoaning the way they had 'ruined' 101 Dalmatians and Winnie the Pooh. Even so, sticker lust won out and here is Hyacinth Hippo from Fantasia (which I've still never seen and would quite like to now) on my folder. 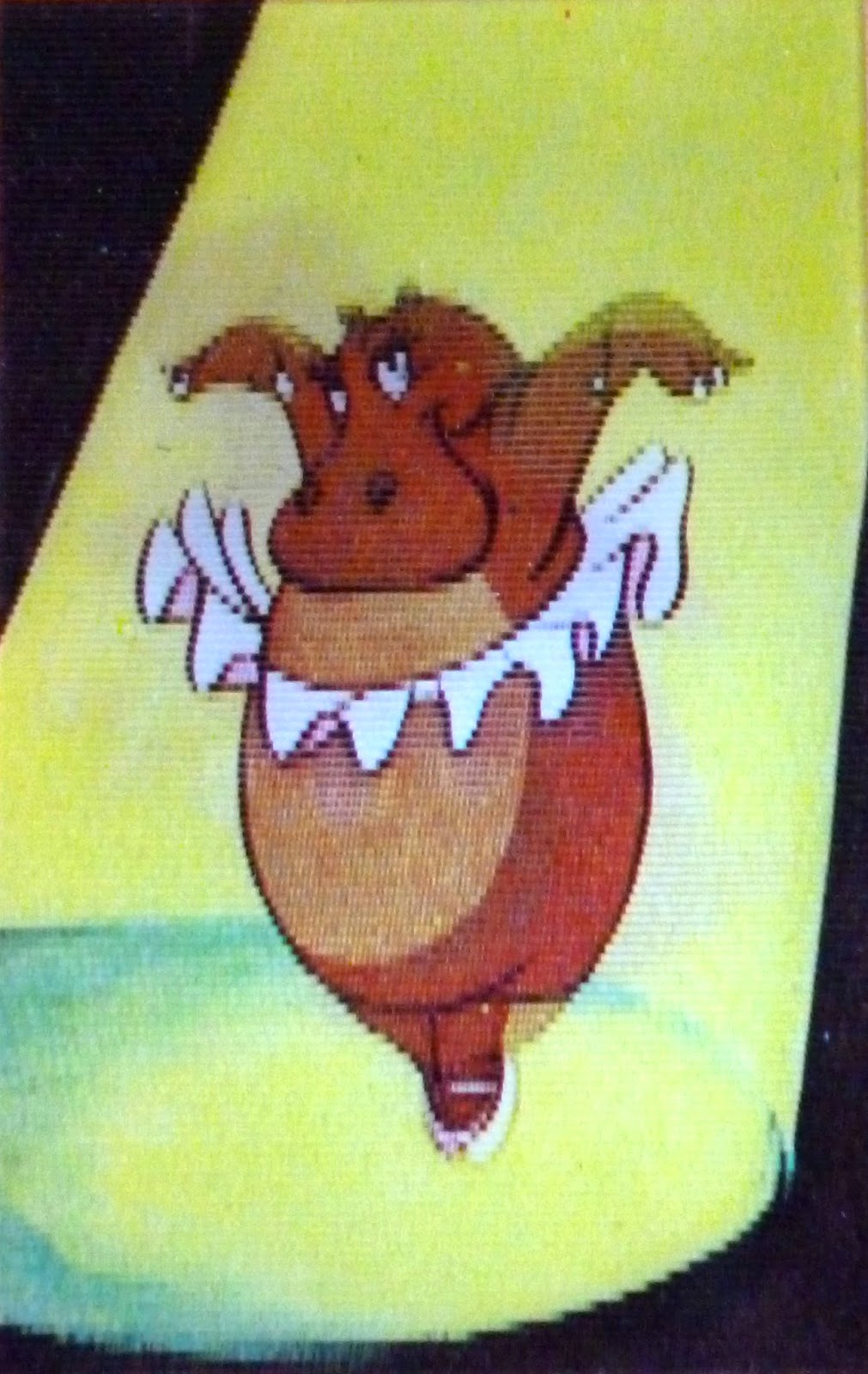 Really, the only things on the folder that genuinely reflect my passions, growing up, are the (unbelievably dull) stickers in French -- I would go on to study French at university...
... and Gallery Five 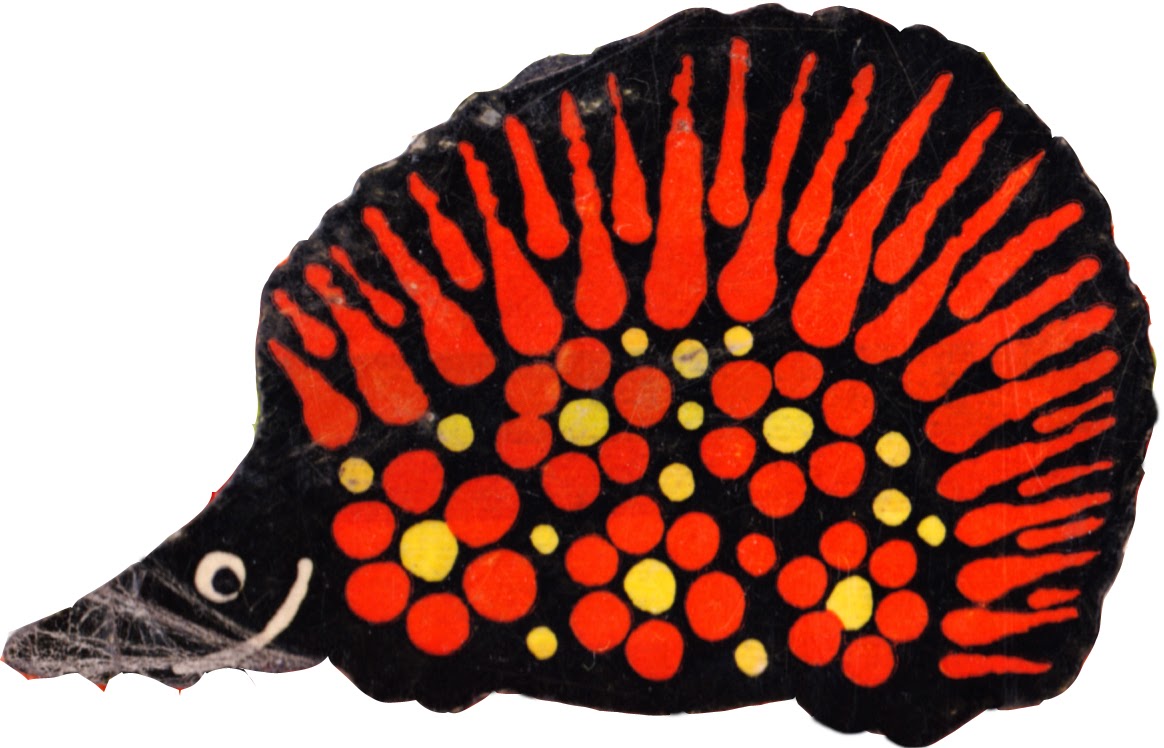 I truly adored everything that Gallery Five did, especially these animal stickers. I recently tracked down some sheets of them -- the nostalgia!: 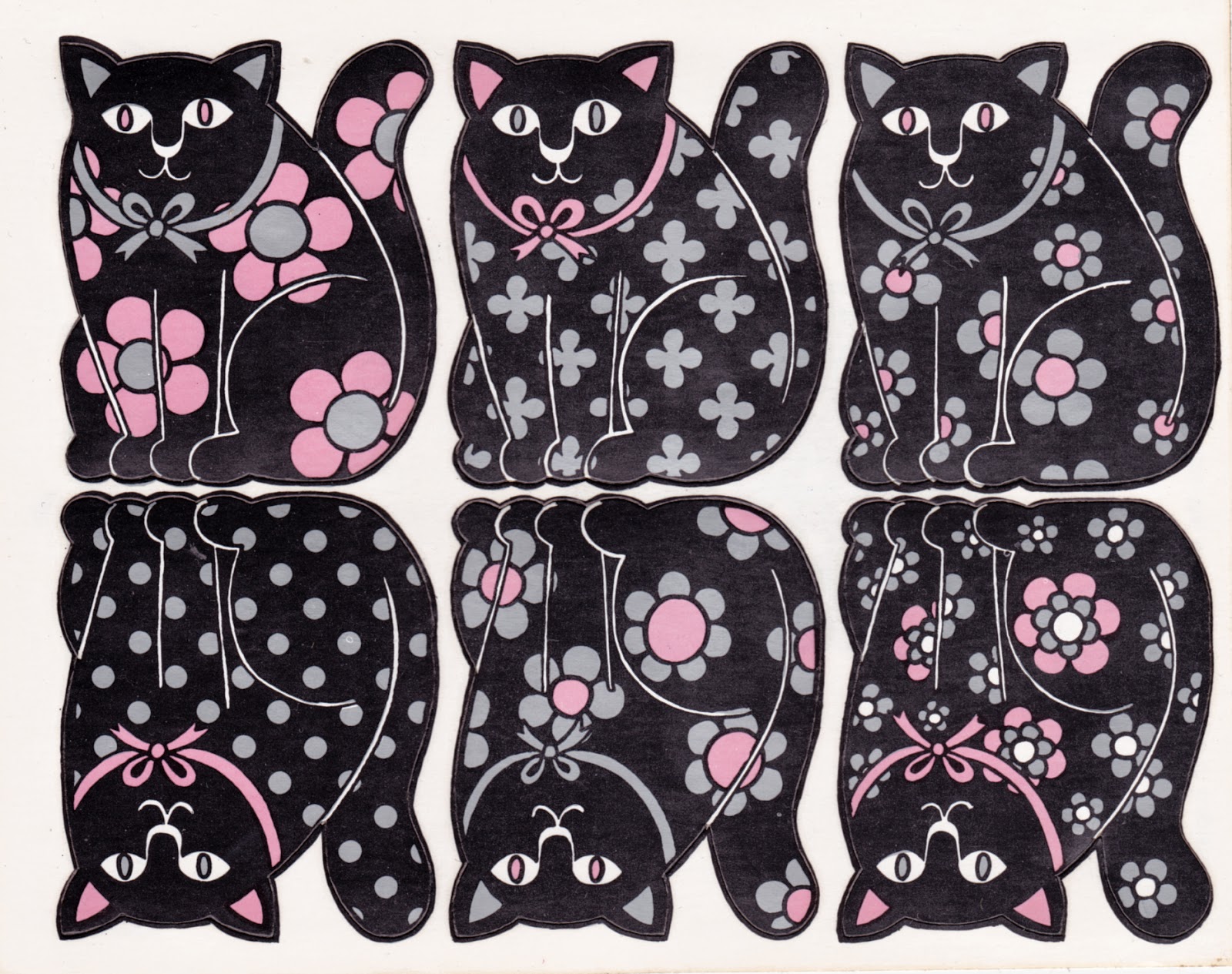 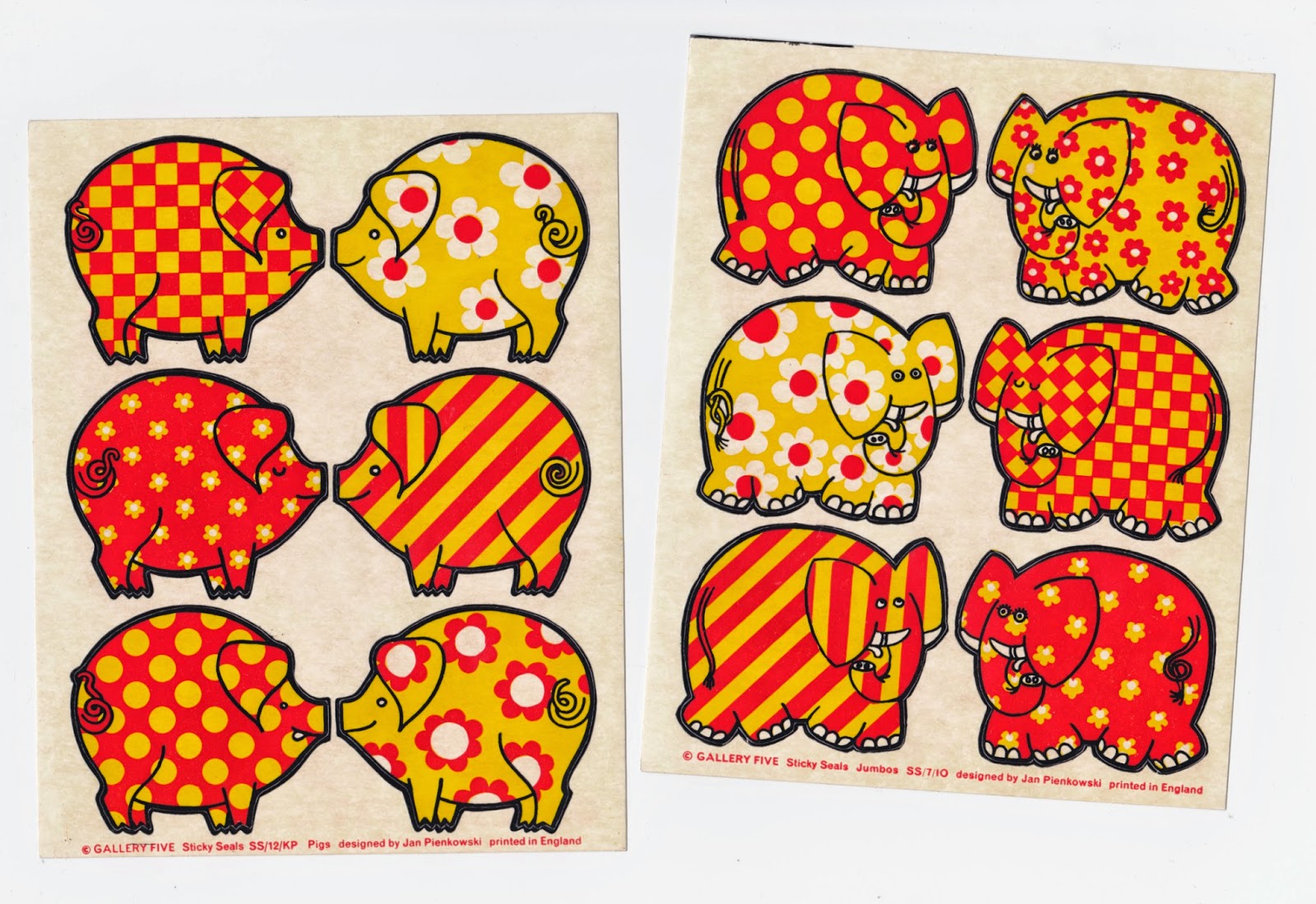 I can remember staring obsessively at the sheets to work out the permutations of patterns, and, of course, putting them in order of how much I liked them. This would have consequences for how I used them and which ones I gave to my best friend, if any. They were potent. I could almost lose myself in contemplation of them (which worries me a bit now, but they don't seem to have done me any lasting harm... as far as I'm aware).
I had this one as a sticker on my bedhead: 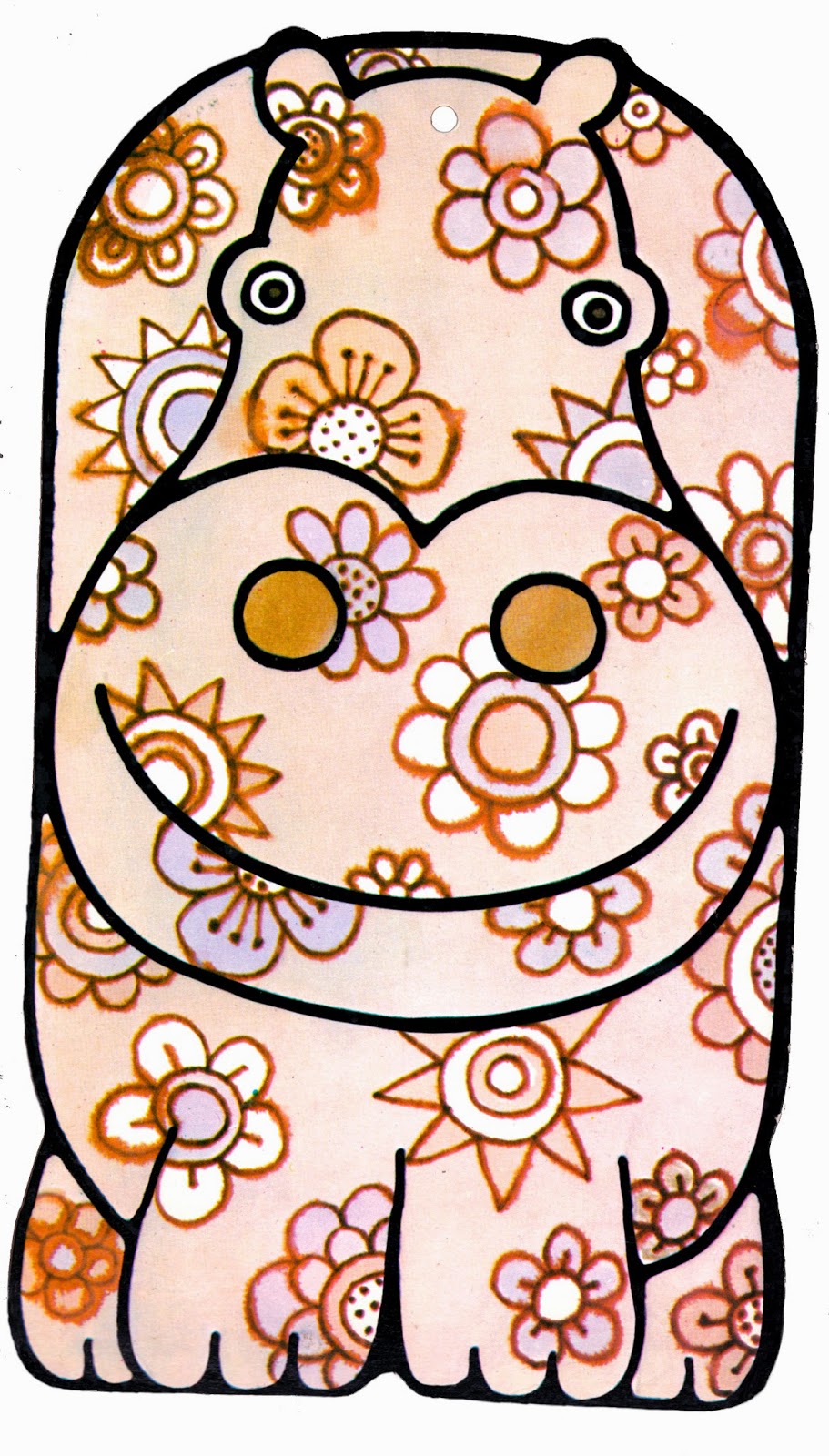 I felt it watched over me while I slept (well, I didn't have the comfort of religion, so I needed something...).
I just can't understand why Gallery Five isn't better known and why there's hardly anything by them on the internet. Why aren't there passionate collectors sharing their collections? I've got tons of Gallery Five gift tags -- I love them. Gallery Five still exists. They mainly sell Beryl Cook cards now. Not long ago I rang them up, just to see whether they still have any of the Seventies designs. I spoke to the sales manager who told me that Jan Pienkowski, who started Gallery Five and did a lot of the early designs (including all the ones above) kept careful yearbooks of all the designs but doesn't want to licence them to other companies as he wouldn't have control over what was done with them. I would give anything to look through those yearbooks. It would be heaven. But for now, I treasure my very odd folder which is itself a sort of 'yearbook' of my life in 1973. Yow! 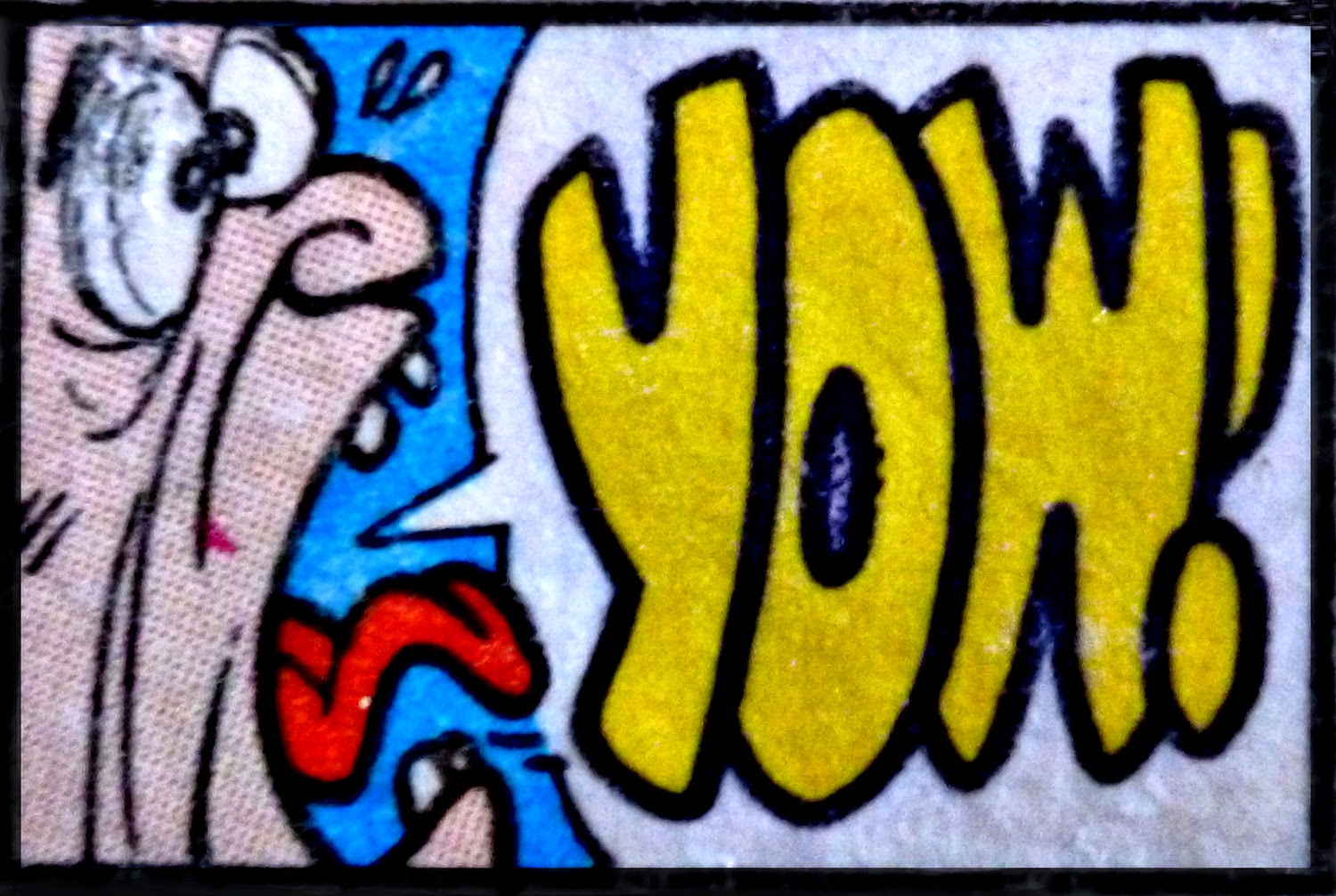 I give you licence to be self indulgent Jane, especially when it leads to a trip down memory lane for me to! In 1973 I was in teacher training college and I remember keeping files of notes and adding stickers etc to them. Yours are such fun and I really like the fact that you stuck them on the folder even though you didn't like them. Great too to be reminded of Gallery Five. Very trendy cards which made you feel very 'trendy' buying them. What a laugh to be reminded of that. Never knew Jan Pienkowski started it all off. I'd love to see those notebooks too.

I also was a teacher in training college. What a trip down memory lane this was.........

This was fun!!! I love the stickers - I was a neatnic and never never never put stickers on things to keep them neat - wish I had been more free back then!

I mainly stopped by to say how I LOVED the photo shared in Uppercase - all your little plastic toys displayed like a color wheel - MARVELOUS! Loved it - and enjoyed this post!!!