Looking for Mrs Jamfrey (and others)

Here are some of the random old photos I picked up at the weekend. Whilst I was crouched in front of the photos for all those hours on Saturday, I overheard quite a few people commenting on the phenomenon of the old, orphaned photographs and finding them weird; some of them expressed distaste: 'Ugh, photos of dead people!' I just can't understand that sentiment. They fill me with tenderness. They are not simply pictures of random people but records of actual moments in their lives. Who knows what fun was being had in the photo above, who loved who, who was excited at the opportunity to josh so physically? I will never know, but the photo is precious, now that I've picked it out of the sea of countless other untethered images bobbing round the world.
Here are a few more: 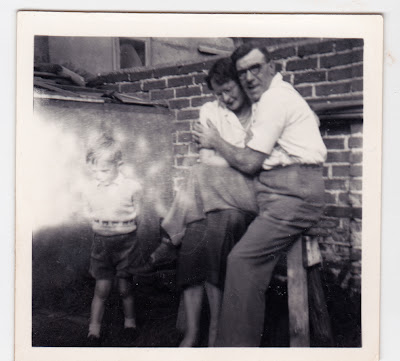 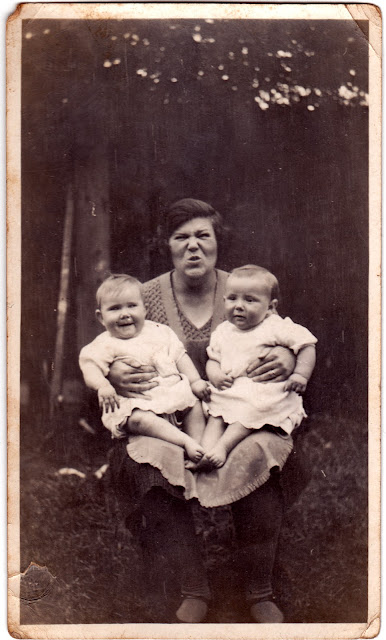 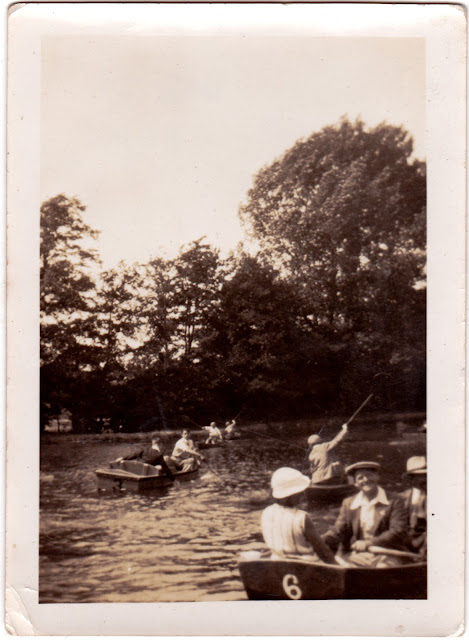 I picked out this one because it looked so perfect for a book cover: 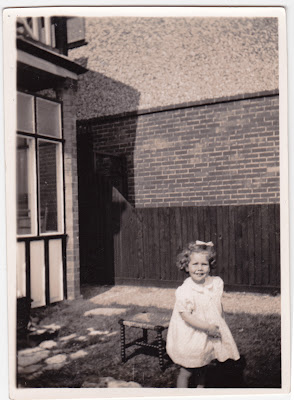 I can just see it in my mind's eye: 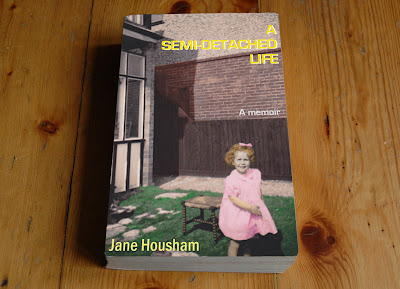 Of course it's not me in the photo, but it's only an imaginary book... 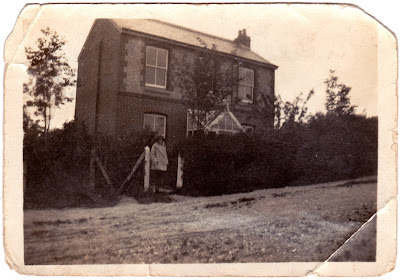 As I mentioned in my last post, I love finding old photos of houses and looking them up online to see what their history is and what they look like nowadays. On the back of the one above is written, 'Hillcrest, Augustine Road, Drayton'. Drayton, a suburb of Portsmouth, has changed enormously since this was taken (in the 1930s?) but I think I've found the house as it is today, though it has been painted and altered: 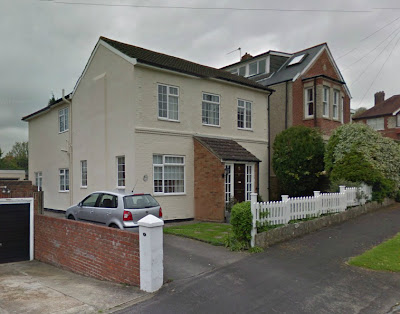 If you look closely, you can see the texture of the original brickwork beneath the paint. Funny that the chimneypots have disappeared -- redundant, I guess. 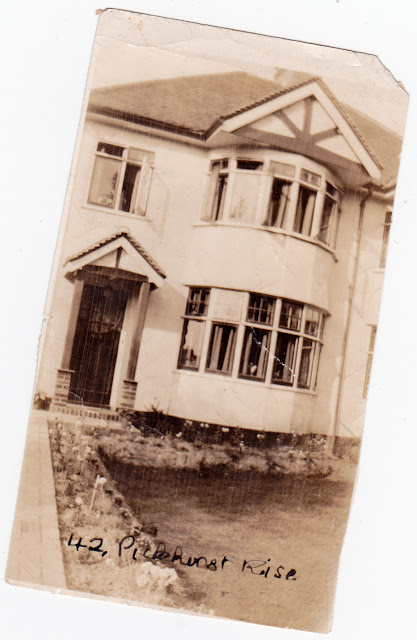 As you can see, the photo above is of 42 Pickhurst Rise. That turns out to be in West Wickham near Bromley in Kent. Today it looks like this: 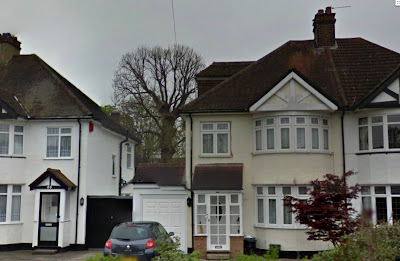 Hardly changed at all.
I've been trying exhaustively to find this house: 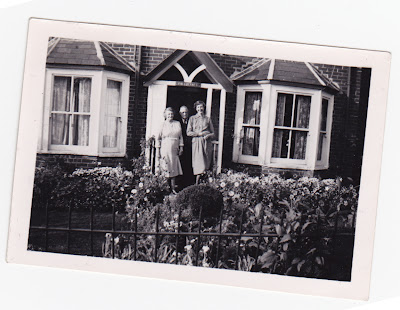 The name 'Fir Cottage' is over the door and on the back it says, 'George's Mum's home near Guildford, Surrey, October 1951'. I've narrowed the search down to Shalford in Surrey but, despite hunting through census returns and all sorts, haven't been able to pinpoint the house itself. I shouldn't have spent so much time on it -- what difference does it make whether I know where this particular house is or not? None. But the search itself is incredibly absorbing and I love to link the past to the present. 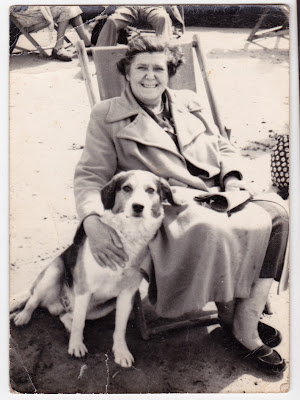 This is Mrs Jamfrey from Northern Ireland.

I tell you what, I'd love a job as an 'heir hunter' -- I think I'm honing the very skills you need. It probably isn't as exciting as I think -- even on the telly they can't make it look terribly glam.
Posted by Jane Housham at 12:47

Very much enjoyingf these posts on serendipity and old photos, which always make me feel a little sad to think those memories have been discarded rather than unfolded which is what, I think, you are doing in your searches.

I always live in hope of serendipitous outcomes. It's why we seldom plan holidays with much precision. I have been known to drive to the end of the road before deciding whether to take the road south, under the river, to Kent and Sussex; or north and then east to Essex, Suffolk and Norfolk for a holiday.

Captivated by those photos - no surprise there of course! My first thought about the top photo was that she was looking for nits - I think that says more about my warped view of the world than anything else! Go on, write that book, you've got the contacts and now you've got the cover so what's to stop you? I love how this absorbs you so Jane and how your interest keeps their memories alive.

hello i love the picture of hillcrest and was wondering what you knew about it, i live next door to the house in question you just got a part of my garage in the photo. i thought where my house now stands was an orchard, i would love to do the history of my house can you help?

Hi 'Anonymous' -- sorry that I don't know your name. Lovely to hear from you. I'm so sorry but I don't think I'll be able to help you research the history of your house. I just have this odd hobby of trying to identify people and places in old photos that I pick up. You may have already done this, but if you go on the books section of Amazon and put in 'history of your house' a good few guides come up that look interesting. If you haven't already got one of those, I think that would be a good place to start properly researching the history of a house. Where your house stands could easily have been an orchard before the houses were built -- orchards were often very old and then the land was eventually sold off and houses built. Very best of luck and I hope you find out some really interesting things.
There's also a book called Home by Julie Myerson where she tells the stories of the people who lived in her house before her -- I'm just about to read it. That could be good too.