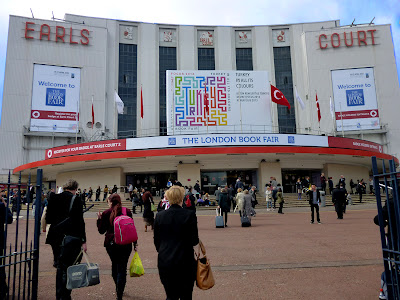 Just a quick report from the London Book Fair today. I go every year and every year I feel more alienated, more sad at the hellish vision of the book industry. I absolutely love books, they're my oxygen, but I don't love the spectacle of the book business, the countless recycled ideas, the sheer excess of books being churned out in the hope of keeping too many businesses afloat. Having said all that (which I haven't thought about carefully enough, I suspect -- just splurging after a long tiring day), the freedom to publish another six thousand cookbooks is the same freedom that we (happily) extend to pretty much anyone who wants to write a book in this country, so I wouldn't have it any other way, however dispiriting it may be to see the massed ranks of erotica and poorly illustrated children's books on the stands at Earls Court. 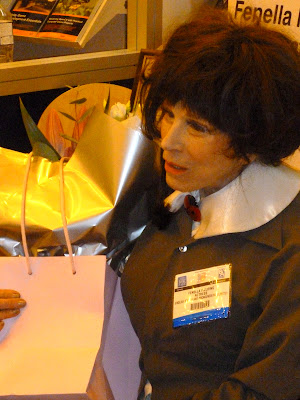 It was hard to take photos as people are mostly in meetings on their stands and it's business as usual. However, there are side events which are more public. Above is the extraordinary sight of the actress Fenella Fielding, who is 86 and in some strange state of preservation which makes her resemble one of those very expensive Japanese surrogate humans made of silicon. I assure you she smiled and spoke, in spite of appearances to the contrary. She was giving an inaudible talk about correct pronunciation of English. Surreal. 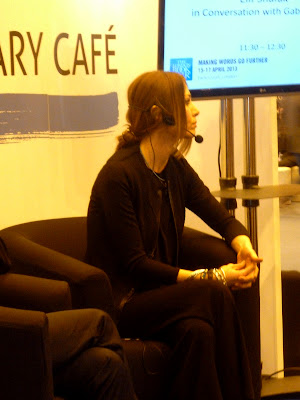 Turkey was the 'special guest' at the Fair this year and there were lots of Turkish publishers with stands. Above is the Turkish author Elif Shafak who was very beautiful. 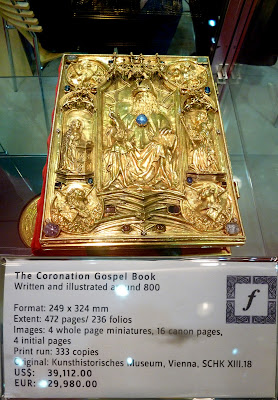 Some books, like this one, were unbelievably expensive. Some not so pricey. I picked up the catalogue of Shire Books who publish the marvellous short guides to thousands of lovely old things, from Airfix kits to Wrought Iron, all priced between £4.99 and £6.99. I would like to own almost every single one of them -- their lovely illustrations and businesslike texts usually match the depth of my interest in, say, village shops or shell grottoes perfectly. I can't believe how many volumes they've racked up now -- and all with great covers. I covet them. I was particularly taken with this one, below. 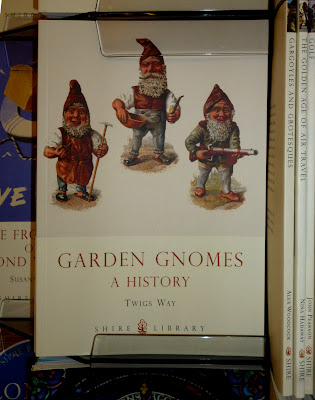 BLOODY HELL - Fenella Fielding! I have restored Georgian stone garden gnomes many times in the past. They go back further than I thought.

When I saw the picure of FF I thought it was a mannequin!!

I had one of those Madame Tussauds moments when I saw that photo. I love the description of an inaudible talk on pronounciation etc Perhaps it was a recording played through a surrogate object.

Had to check out Shires - what a fabulous collection. Apparently, we have "Old Garden Tools" and "Sailing Barges" somewhere in the house. Who would have guessed?

I was once advised as a writer never to visit the London Book Fair. Sounds like a good plan!