Of all the posts I've ever posted, the one on scary clowns has had the most views. So, to scare all those clown-phobics out there -- just a little bit -- here are some more creepy clowns. 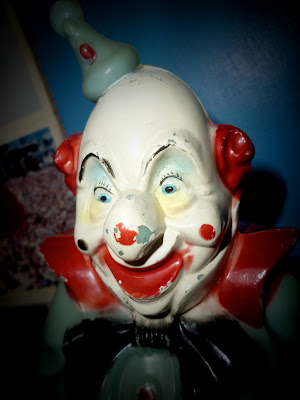 I absolutely adore this louche chap. And he wobbles too... 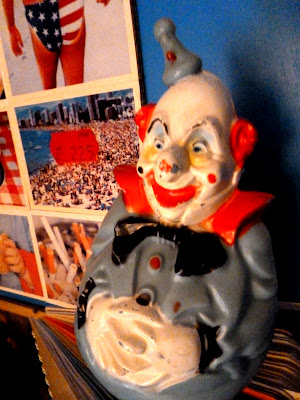 The rest of today's boys are from a Funny Face board game. I like them because they look to me as though they're based on real people. 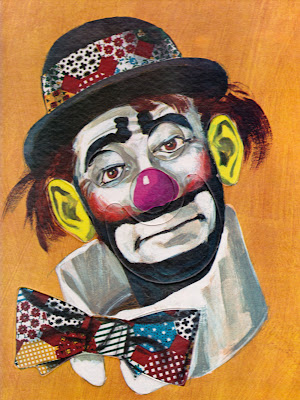 Look at the sadness in those eyes... 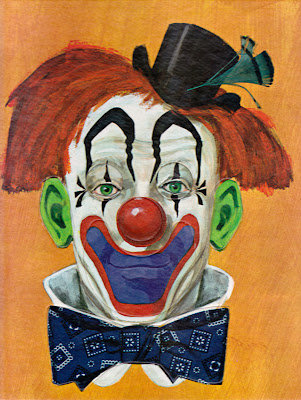 In this game all the eyes, ears, mouths, noses and bow ties pop out and you spin a pointer to see which body part you replace next. By swivelling eyeballs and mismatching ears you can make some real grotesques. But the moveable parts have never been pushed out in my set, so I intend to keep them mint, I think. They're so beautiful, I've half a mind to frame them and hang them up. 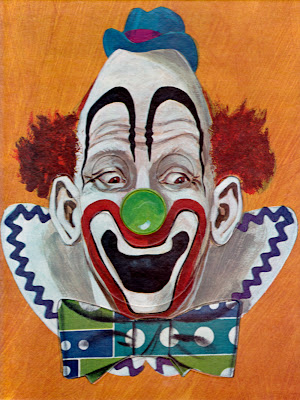 Which one do you like best ... or fear the least, children? 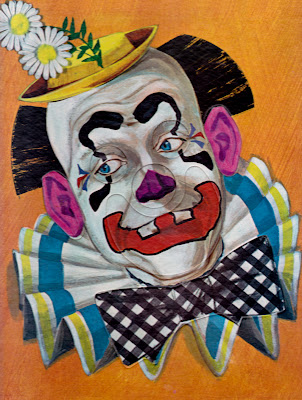 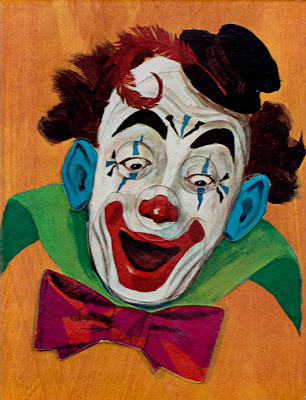 Aren't they brilliant?! They are all fairly scary but the last one is rather cute with his jaunty little feather.

Mommy, I don't want a clown at my party any more!

I the second one down from the game is the one for me. I love those purple lips..... he looks like Fred Astaire in full clown make up to me....

Never hit send until you have read back to yourself what you have written. Why don't I heed my own advice? Apologies for the repetition and grammatical error in my previous offering.

That top clown was spooky and I couldn't work out why then realised its the lighting and the close up.
That is quite some game, by the way.

I've always rather fancied going along to the church service for clowns in Dalston, but never quite made it.

uhhh
why are they so scary?