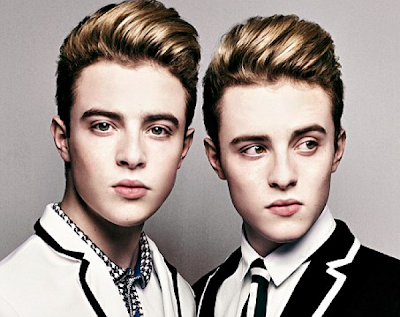 I admit to the guilty pleasure of loving Jedward -- not so much their music as the charming goofiness of the boys themselves. I've loved them ever since they were on X Factor. They were the only reason to watch their series of Celebrity Big Brother, and they were adorable on Celebrity Wedding Planner (What? You don't think I watch reality TV all the time, do you? -- whatever gave you that idea?). Put it like this, I know where my vote's going on May 26th.
But this morning I was walking with Jedward as their track 'Lipstick' came up on my 'exercise tape' playlist on my iPod. I'm trying to do half an hour's brisk walking every morning before anyone else is up. It's important that I get it in before the rest of the family stir because my 'treadmill' is the 22 steps that it takes me to stomp
in a ring round our open-plan doughnut-shaped downstairs. I do it for half an hour -- I wish I knew how many times I go round in that time. I'm worried that I'm going to develop a slant as the circle is so tight that I'm leaning in towards the centre most of the time. I tried turning round and going the other way to offset the effect but I'm only happy going clockwise, like water going down the plughole (oh no, I thought I'd just check this and found an insane exchange of mindboggling views all contradicting one another...).
It pleases me that I can do this bit of exercise, for free, in the privacy of my own home. No one has to see me lumbering past looking like a velour elephant. And, believe me, it's quite challenging -- it isn't 'just walking', you know.
I started off, a couple of weeks ago, at a smart pace -- walking to tracks like 'Fame' by Lady Gaga (has she had a 'velour elephant' look yet?) or 'Let the Sun Shine' by Labrinth. But now I find that feels a bit stately, and I have moved up a notch to tracks such as 'Flux' by Bloc Party, which means I'm virtually breaking into a run. I must look crazy. I can't keep that pace up for half an hour, so it's back to 'Firework' by Katy Perry, or even a bit of rhythmic folk (the odd Lau track) or classical (the Karelia Suite by Sibelius goes at a fair lick).
Then, while I'm marching round, I'm also trying to do a Pilates-style 'imprinting' thing where you pull all your stomach and pelvic muscles up towards your ribcage AND a sort of Alexander technique thingy where you lengthen out the back of your neck (I never have my head in the right position when I check -- my nose always creeps up towards the ceiling) AND some good in-through-the-nose-out-through-the-mouth breathing AND I also hope to think some useful or insightful thoughts -- but you can't force these to come; trying almost guarantees they won't. When an idea comes through all the breathing and marching and tilting and tightening, it feels really sweet. I'd say I've had one thought 'worth keeping' maybe every other day whilst doing my exercise.
The big breakthrough will be if I can persuade myself to leave the safety of the house and head into the open air -- I'm sure I need some Vitamin D from the sun! 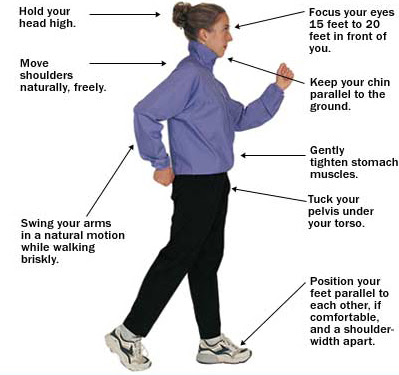 Oh, don't forget to leave a comment before April 2nd on the Giveaway post to be in the running (geddit?) for a little prezzie.
Posted by Jane Housham at 22:51

Jedward? Really?! That aside, your whirlwind walking sounds commendable though I suspect screamingly funny to watch - I only hope your floor covering can cope with the increasing friction as you go faster and faster. Do you sing along or is this a silent pursuit?

Yes, Jo, I think I do look very very eccentric. I counted the number of circles I did this morning -- 176! Hope I don't wear a track in the rug. I do love to sing along but am afraid of ridicule -- I kind of hum breathlessly.

Jane, If you only knew the picture this post has conjured up in my head! Get out there in the early morning sunshine girl and breathe fresh air into your lungs - it might tire you out so much you'll sleep at night! As for loving Jedward.... God, I suddenly feel so old and uncool...

I feel like one those ancient High Court judges, asking 'What is a jedward?' ('I believe it's a popular beat combo, M'Lud.')
Seriously, I have no idea what any of those tracks sound like. I'll put it down to not having kids and not just because I'm boring!

Your exercise regime sounds admirable, but I think getting out of the house would be a good idea. You'll end up like one of those zoo tigers, endlessly pacing your cage!

Your post has had me laughing out loud and I'm, afraid most of those tracks are unknown territory to me. I do hope you get to do some outside walking. I will keep my opinions of Jedward to myself - I would hate to lose you as a blog friend.

I can't stand to watch the pair of them when they get all frantic (Jedward, that is), however, I DO think they have absolutely beautiful faces. I see that Jo asked the question I was going to ask re the wearing out of floor covering. I knew someone whose mum and sister had worn their carpet threadbare practicing line dancing!