Thanks so much for topping me up to 50 followers!

So, as promised, here's my giveaway to celebrate the pleasure of blogging -- I really do enjoy the sense of being connected to a web of people all over the place.

Everyone who is either already a follower or becomes a follower and leaves me a comment (no anonymouses, thanks -- anonymice??) will be sent eight cards and envelopes from my designs I've either had printed or have made myself (unless I run out in which case it'll be first come first served, but I have lots. One set per person). Just a little word of warning -- a few of them are a tiny bit risque, so let me know in your comment if you have a delicate sensitivity to such things. These are about as naughty as they get: 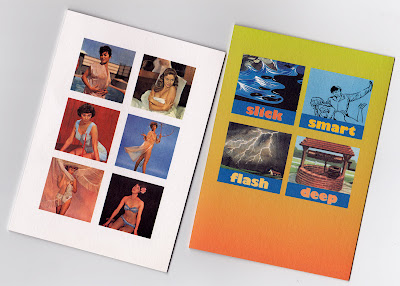 Then I have ten little gifts for people whose names I'll pick out of a hat. 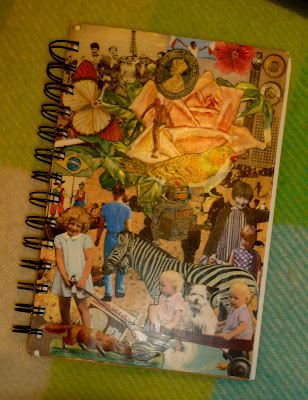 This is a notebook that I made with my binding machine. The covers are collaged back and front and the pages are a mixture of different papers, including some pages from old colouring books, a stripy paper bag and coloured sugar paper. A bit smaller than A5 size, hardback. 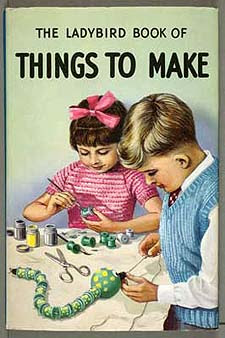 A vintage copy of the Ladybird book that inspired my blog. 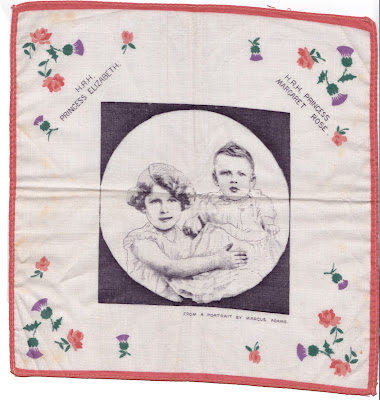 As a Diamond Jubilee token, a handkerchief with the Queen and Princess Margaret as children.

A little old purse with sprung coin-holders inside. 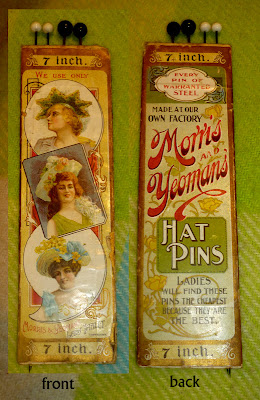 A packet of hatpins. 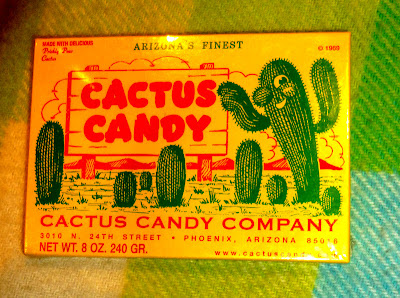 A box of Cactus Candy from Arizona, made from prickly pear cactus (no idea what it tastes like but the box is cool). 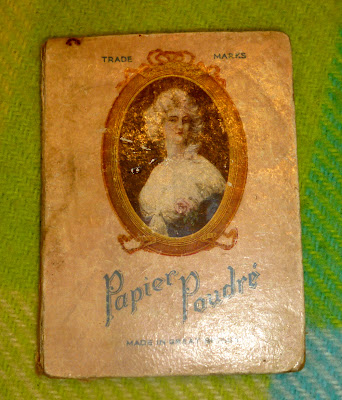 An ancient packet of papier poudre with the sheets still inside (no longer very powdery, though). 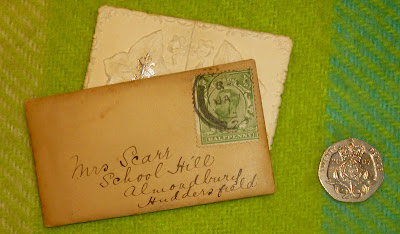 A little tiny letter with a card inside. 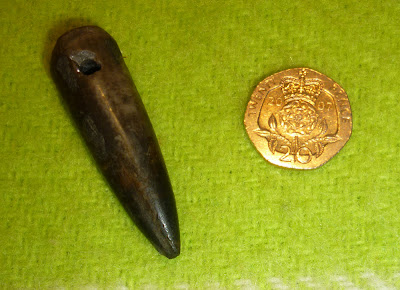 A real belemnite fossil found by me as a child on Whitby beach -- will protect against being struck by lightning (if you believe the folklore). My dad drilled a hole through it so it can be worn as a talisman.

I'm going to leave the giveaway 'open' for a week, so will close it at 10.30pm next Monday evening (April 2nd 2012). If you want something to say in your comment, tell me something you've seen or done recently that you think I'd like.

Lycka till as they say in Sweden!
Posted by Jane Housham at 22:26

Email ThisBlogThis!Share to TwitterShare to FacebookShare to Pinterest
Labels: giveaway, lycka till

What treasures! Surely the fossil is too sentimentally precious to give away? I love a bit of risque so no problems there for me :o)

As for mentioning something I've done that I think you'd like - I just seem to stalk you so I've got nothing to tell you about! I'll have a long think and see if I can dredge up something from the depths of my brain (which is actually rather shallow!).

Wonderful treasures. Today I sent my other half up into the attic to find something and we ended up unearthing allsorts of things that I had forgotten about or thought I had thrown out....... what fun!

wow! cool stuff. I like the notebook, the book that was your inspiration, the needle case, actually all of it. I recently picked up an old book of kids games (to play with the grands). thanks for the giveaway!

What a wonderful collection of stuff.

I had to go take a look at the programme you mentioned on your last post. Good Lord - how did all of that gear fit in that house? It made me feel positively puritan, which was not a bad thing for a change...

Thought I was already a follower! I've signed on now :-)

Oh my goodness, what a lot of fabulous objects - I can't believe you're prepared to give them away! I'm definitely yearning after a couple of those as Curious Objects.

I got a few Embroidery magazines at the weekend, and I saw some work I thought you'd like, by Debbie Smyth. Have you seen them?

How can you bear to part with some of these gems? I looked at more than a few with envy... and as for risque cards.... I can do risque... risque works for me! Thanks for putting my name in the hat Jane!

Wow Jane! So much lovely items to give away! Wonderful stuff, but some of the items seem really too precious to give away! Are you sure you want to part with them?

Hope you soon get to 100 followers! Best of luck x
Ellen

I took a train today from Eastbourne to Brighton, then a second one via Gatwick and Reading to Bristol. First up we passed the Long Man of Wilmington, then I had to restrain myself from leaping off the train at Glynde and walking up onto the Downs in the glorious sunshine.

In Brighton I had a date to nose around the Fine Art collection at the Museum, but was most struck by an extraordinary portrait by Sickert of a woman in her sickbed and not far from death.

They don't hang it often because it gives people the creeps, but I'd recommend going to have a look at that - and at the brilliant exhibition of work by Julian Bell in the next room.

No, not offended by scandalous material!

Hi,
I am trying to contact you to ask permission to use a picture on your blog for a book cover. Please could you contact me at christinedalgliesh5@hotmail.com

Thanks very much,
Christine.

Hi my mother in law actually now owns papier poudre, would be great to get our hands on the old book if possible!!

Hi, Anonymous. Not sure what you mean by 'get your hands on', but I gave the papier poudre away in the giveaway so no longer have it anyway. Sorry!