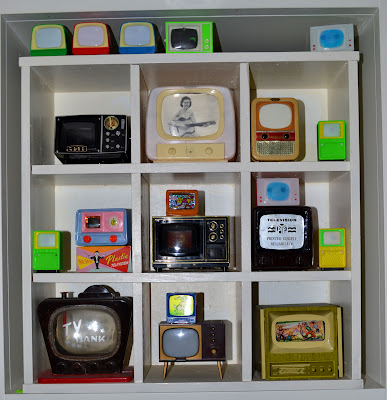 Once, long ago, when my son was about two years old -- so it must have been around 1997 -- David and I were on the Channel 4 show Collector's Lot. I can't remember how this happened; I think David must have put us in for it. I was quite tied up in those days trying to be a Good Mother (ha ha ha ha ha) but we were invited to travel down to Henley-on-Thames to be on the show in the run-up to Christmas.
We were quite excited. The reason we had to go to Henley was because the show was being filmed in the home of Gray Joliffe of Wicked Willie fame. Regular readers will know by now that my memory is increasingly dodgy and many things from my past are now destined to stay in a murky soup for the rest of my life. However, various details of this experience have retained a strange and unsettling clarity. 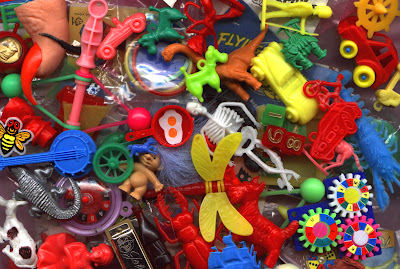 For the recording, David and I were going to be interviewed separately: he was going to talk about our collection of miniature televisions (our no. 1 collection, if truth be told) and I was going to do cracker toys, to add a seasonal flavour to the programme. I took my part very seriously and contacted Tom Smith's, the oldest cracker manufacturer in the country, for information about the history of crackers. They sent me a lot of stuff which I worked up into a spiel and more or less memorised. 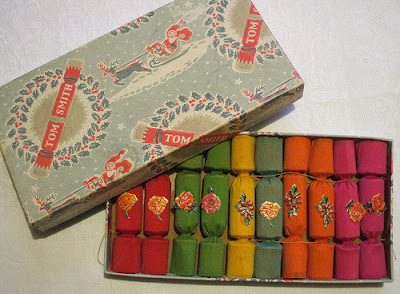 We packed up all the little tellies and the cracker toys old and new. Then the three of us drove down (we lived up North then) to Henley, making an early start. When we got to Gray Joliffe's house, David was mysteriously struck down with a violent stomach upset. Was it nerves, I don't know, but it cast a terrible pall over the day. He sequestered himself in our car instead of going to the 'green room', which I think was some sort of outbuilding in GJ's domain. 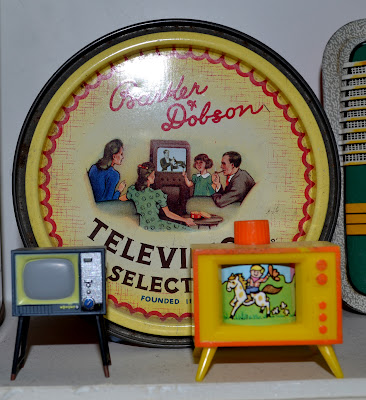 When it was time for us to set up we gained access to the house itself, which was quite grand and decorated very lavishly with items from the period during the Eighties when Wicked Willie was such a massive success. GJ must have had a grand time spending his royalties on tables made of stacks of glass sheeting and the like. Our child was allowed the run of GJ's bedroom while we were recording and was guarded by young TV researchers. I feared for the giant vases. 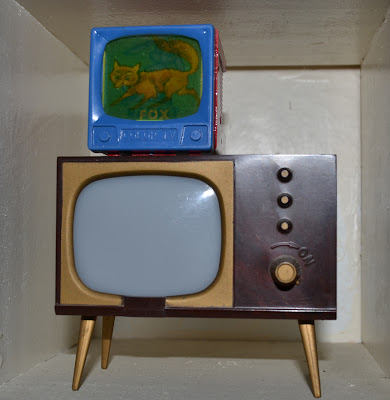 While David was off doing his bit and suffering his own private digestive torments, I had to focus on my cracker toy presentation. I set out my bits of plastic tat in nice rows and waited for my turn. Imagine my dismay when, instead of lovely Sue Cook, our presenter was Bill Oddie! Bill rotten Oddie! He didn't seem very interested in my plastic lovelies and I remember more clearly than anything else on that whole day that he held one of my treasures up to the camera and he had the most enormous blue Mickey Mouse sticking plaster on his big fat Bill Oddie finger. It eclipsed the cracker toy completely. I'm amazed the producer let him have it in shot.
So they did a take and I recited my piece about the history of crackers and cracker toys. Not too bad. Then they said they'd do another take, so this time I talked about which ones I liked best and which ones were endearingly horrible. Then they said, 'That one's good, we'll go with that one' -- so what I had completely failed to understand was that there was very little editing. The second take simply replaced the first take -- and my history of cracker toys was instantly consigned to the cutting room floor. Oh well. 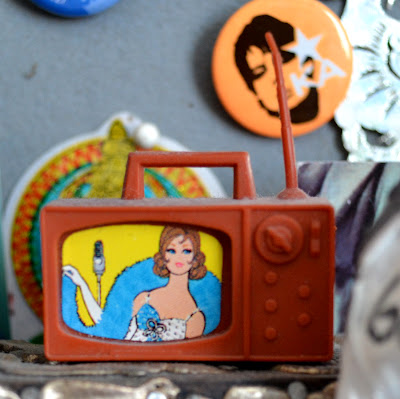 The final ignominy came when we were packing up all our bits and pieces and I tripped over one of our boxes, breaking the leg off a precious telly and cracking the screen of another -- a Disney one, must have been the curse of Oddie.
Our night in a hotel in Henley (can't remember if it was paid for by the TV people) was somewhat dimmed by D's lingering malaise. And when we got home the next day we discovered that our toddler had managed to leave his beloved Cookie Monster figurine behind in GJ's bedroom. 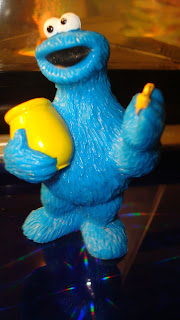 However, a couple of days later Gray himself returned it to us, which was extremely kind of him, especially after we had winced at his Eighties taste. 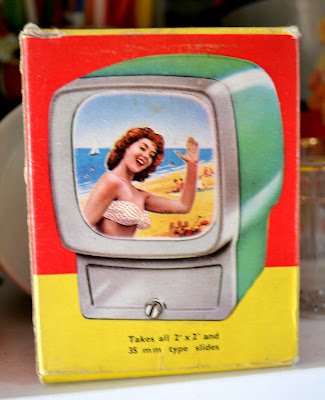 So, all in all, it was a memorable occasion, topped off by the agony of seeing ourselves on TV a few weeks later. We had a video of it on VHS but I've no idea where that is now -- thank the lord. Now, if you press me, I will tell you about when we were on Boot Sale Challenge, which was even more humiliating... 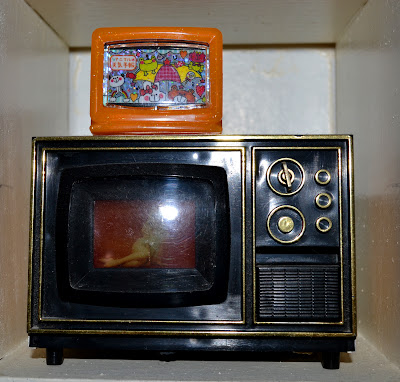 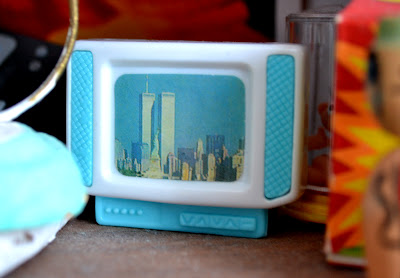 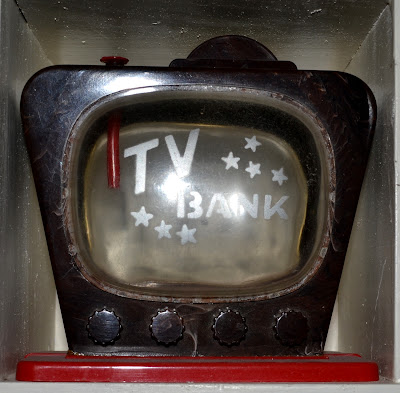 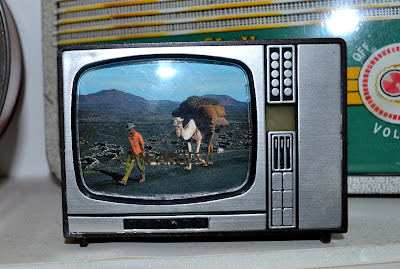 Oh, I forgot to add that, later on, we were in the Collector's Lot book -- but no picture so it's a bit boring. 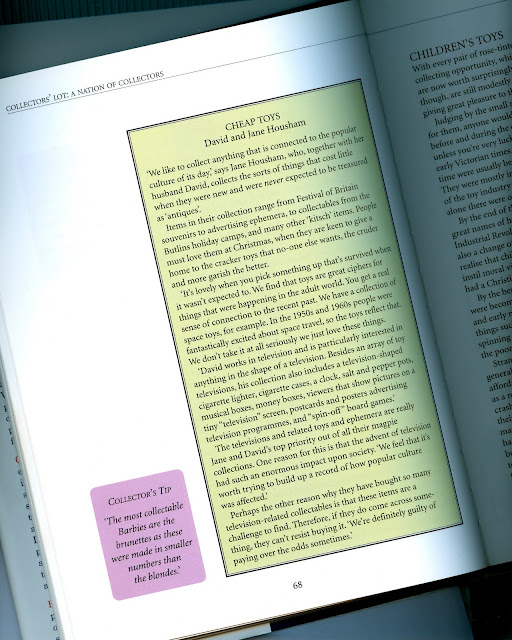 I love everything! I love tummy troubles and mini-tvs, and a lost-and-then-returned Cookie Monster!

Bill Oddie is a bit like Marmite isn't he? I can remember my son (only a few years younger than yours) looking at the screen one day when he was about 6 and saying, out of the blue: "I don't like that man". He then ran away from the room.........
This was a fantastic post and yes please to some more...... keep these coming, they are so fascinating!

Bill Oddie is a bit like Marmite isn't he? I can remember my son (only a few years younger than yours) looking at the screen one day when he was about 6 and saying, out of the blue: "I don't like that man". He then ran away from the room.........
This was a fantastic post and yes please to some more...... keep these coming, they are so fascinating!

Jane,
I don't like Marmite but I love Bill and nothing you could say would persude me otherwise but I did laugh out loud at your description of the recording. He does not pretend if he's not interested does he yet he is an inveterate collector of Oddie oddities too. I can't understand that, but who cares, let's talk televisions. Now THAT is one fabulous collection. I wish I had one like it .Keep 'em coming and yes, yes, yes, I want to hear all the excrutiatingly embarassing moments from Boot Sale Challenge! Don't hold back... tell all.

Brilliant post, I loved it and I'm still laughing!

I have no feelings whatsoever about Bill rotten Oddie (funny middle name, strangely sometimes changed to Bill bloody Oddie), although his lack of interest in your lovely collection makes me want to stamp on his Mickey Mouse plastered fat finger.

Me on Big Brother!? I love BB, but if I were on it, I'd be the gloomy middleaged one that nobody likes who only stays in because she mops the floor every day and cleans up after the food fights without complaining.

And knowing your luck, Bill rotten Oddie would be in there too!

What a great story! Absolutely wonderful to read about your trip down south and your TV debut. I love the miniature television collection, truly adorable!

celebrity status, I hope you don't think it means you can go to the front of the queue!
Fantastic story!

This is a brilliant post! A great story of your 15 minutes of fame! Although I'd like to hear about your other TV appearance, too!

I love all the TVs, but especially the really old-looking one that says TV Bank.

I used to really like Bill Oddie, as I was a big fan of the Goodies, and enjoyed his nature programmes, but I keep hearing more and more bad things about his grumpiness, and was rather disappointed when I met him briefly -
http://kitschandcurious.blogspot.com/2008/11/i-saw-bill-oddie-on-zebra.html
(Sorry I've been a bit slow to comment on this one, but you know how it is)