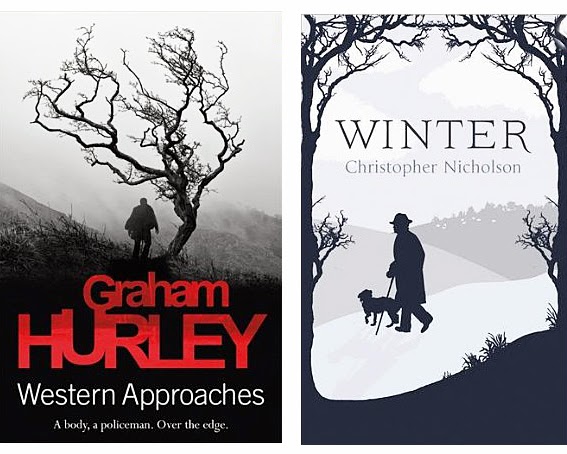 Everyone knows that there are fashions in book covers, as in everything else, but the echoes and similarities between book covers seem almost obsessive at the moment, with various 'tropes' following each other's tails and threatening to spiral into parody.
Where shall we start? Let's start with trees, a common enough image on covers, with their useful symbolism of roots, shelter, family, complexity. Then add a beguiling figure, in silhouette, so as to leave the reader's imagination a bit of space. 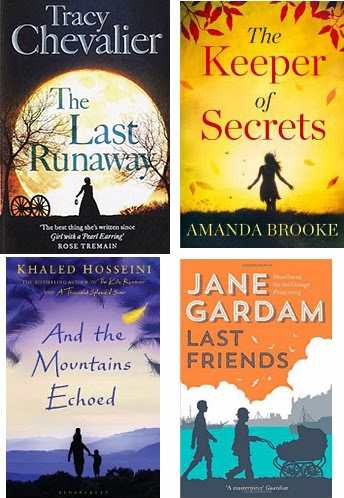 Here are some related covers. The cutout trees, the silhouetted figure, often with an inspiring light either behind them or for them to make their way towards. I like the Jane Gardam cover (she's also been been one of absolute favourite authors since I was about fourteen): no trees, but it picks up on the silhouetted figures, on their way somewhere beguiling. 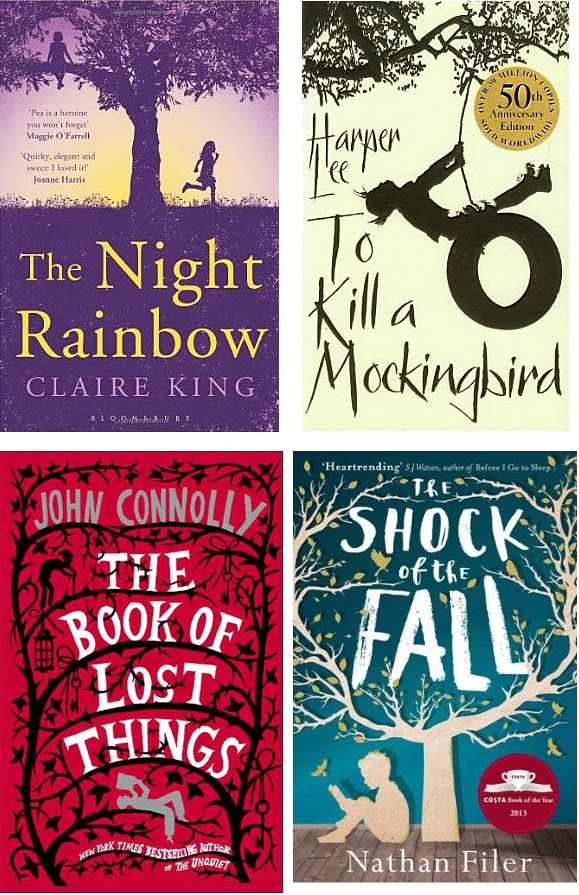 Children playing in trees, or, even better, reading books in or under trees, are a further refinement of this theme. 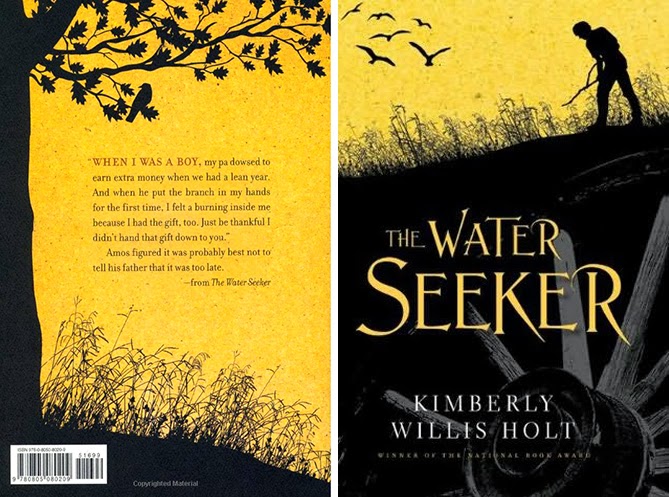 But this cover, for The Water Seeker (designed by April Ward), I really love. I've included the whole cover as the tree part of the 'trope' is on the back. I think the wheel in the foreground galvanises the whole thing -- it puts me in mind of an illustration by Claire Leighton or C. F. Tunnicliffe.
Now let's use the silhouettes on the cover of this Lionel Shriver novel as a bridge to our next theme: 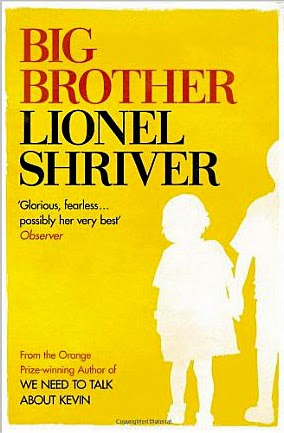 It's the part-person. There's the half-person, as above, and below, sliced vertically: 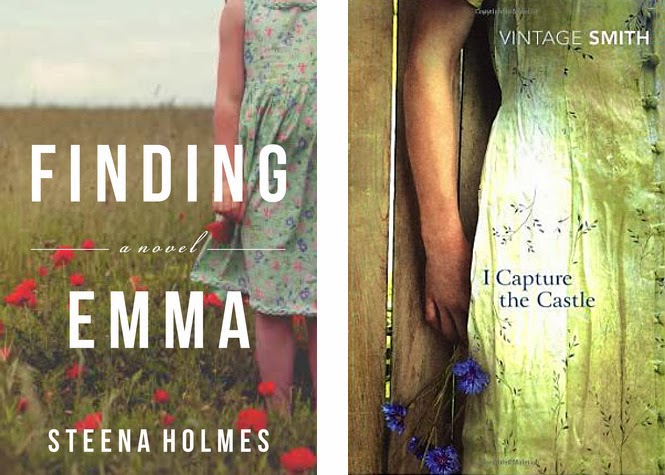 Or sometimes they're sliced horizontally: 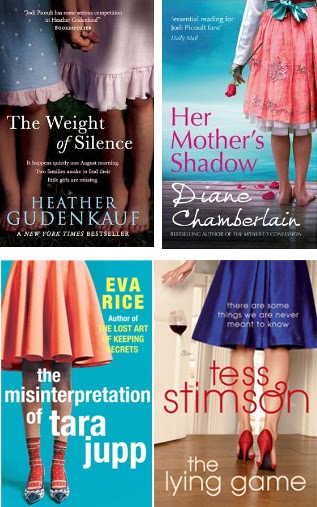 Wriggly hemline and skinny legs obligatory. Sometimes you get almost the whole person, just minus their head: 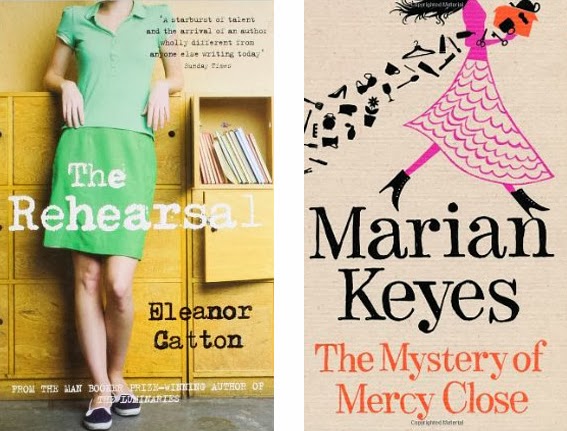 I think the idea is that if the face of the real model is removed, the reader will more easily be able to put herself into the book. But it's quite funny to see the headless theme carried over into non-photographic covers, as with the Marian Keyes novel above.
But I like this version, which I think is very stylish: 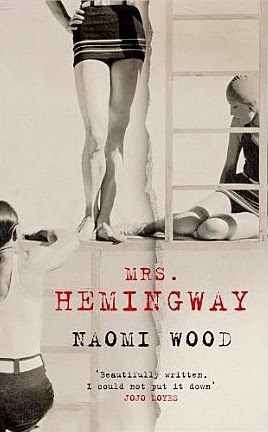 A further variation is the torso shot:

Holding significant item obligatory.
As the theme gets more and more common, designers get bolder, cropping off more and more of their models' bodies... 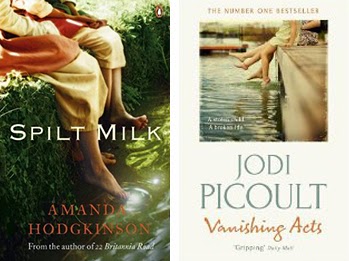 Just legs -- dipping them in water is very popular. 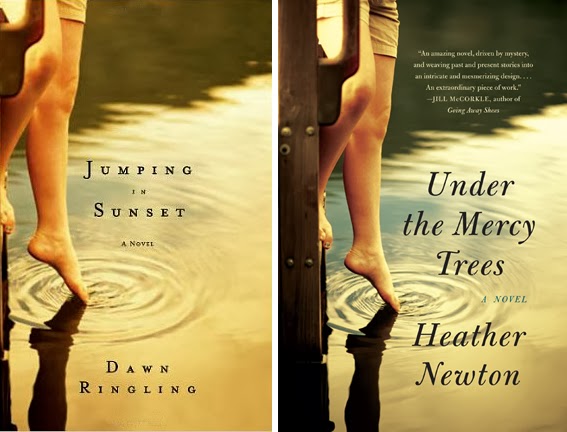 So popular that you get the same image used more than once. 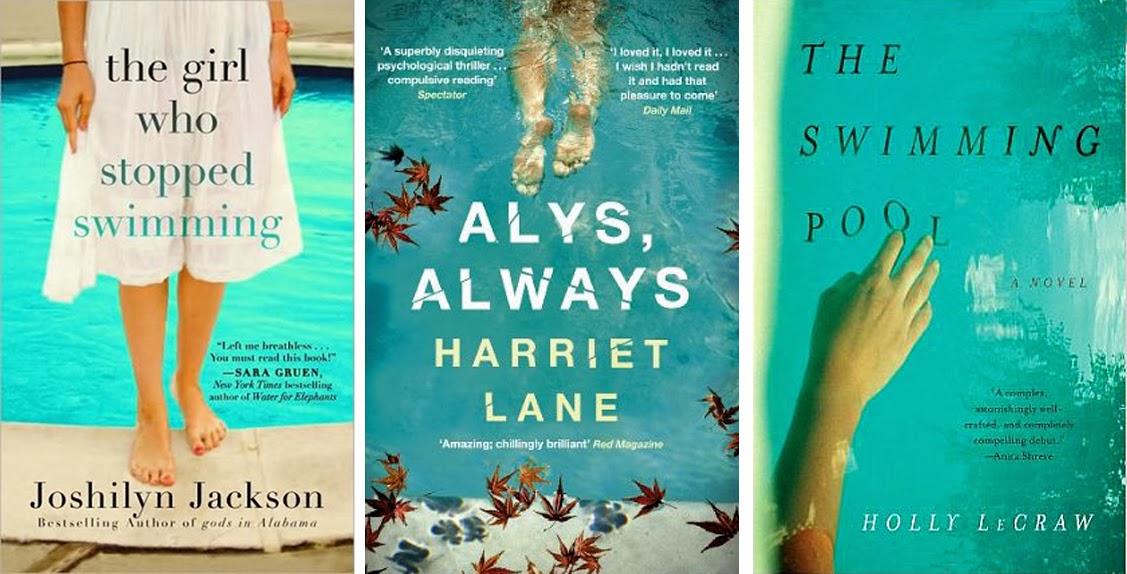 Swimming pools form an entire subset of their own, taking in the 'below the knees' theme and the hand only' theme. These pop up elsewhere as well: 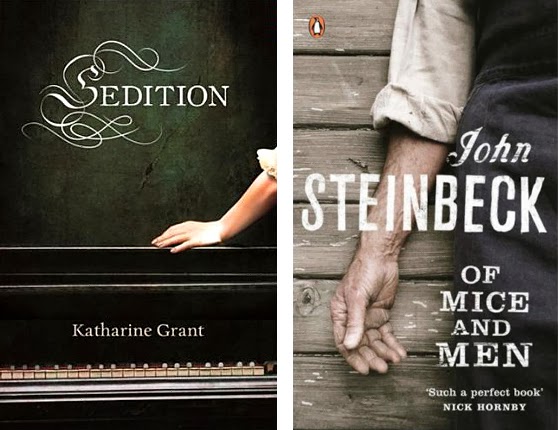 There are refinements of the basic themes to look out for too: wooden boards are very popular (very Instagram) -- see the Steinbeck cover above and these variations below: 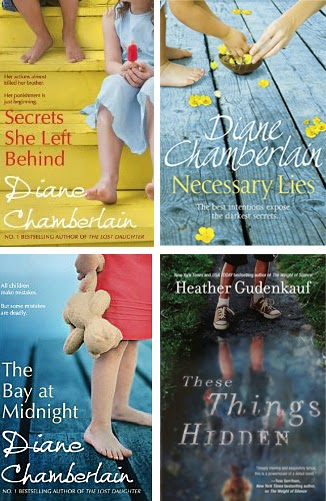 And what's that? A teddy? Ah, the universal symbol of the vulnerable child, used far too often for a treacly sentimental effect: 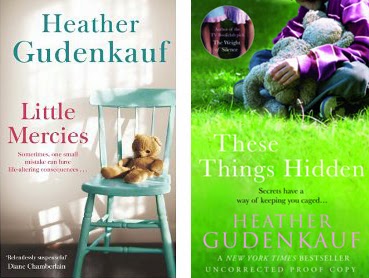 Some authors' books have appeared more than once in this very unscientific survey: Heather Gudenkauf (who I hadn't heard of previously), and, in particular, Diane Chamberlain. Her publishers win the prize for including every current cliche of book cover design on her series of novels. Yes, she definitely wins the prize -- she even has the cliche of cliches, the butterfly trapped in a jar: 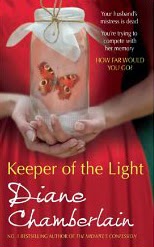 Here is a whole collection of butterflies in jars: 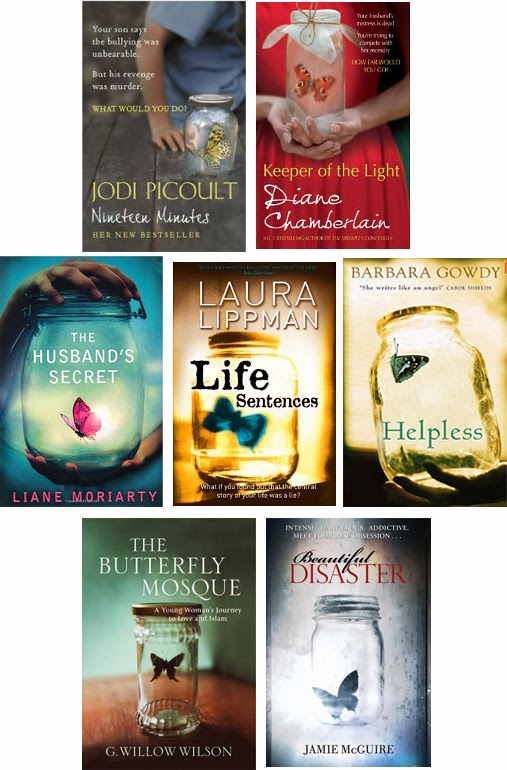 Notice that several of these tick other boxes as well: headless child, wooden boards. I guess publishers want to achieve a current, Instagrammy feel on their covers and perhaps also want to signal that a new book can be bought on trust because it's 'just like' that Jodi Picoult novel you enjoyed so much last summer. Hmmm.
Finally, just to reassure us that not all book covers are following the same rule book, two covers that I've been strongly drawn to every time I've been in a bookshop recently: different, more original (though pastiches, I guess): 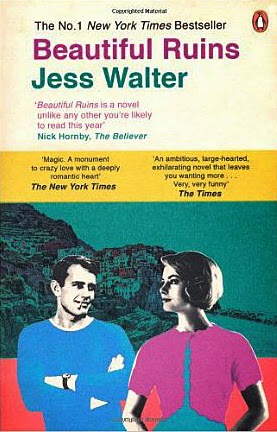 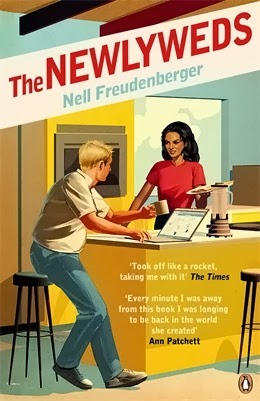 And two more covers just because I like them. It really does make me want to read them. 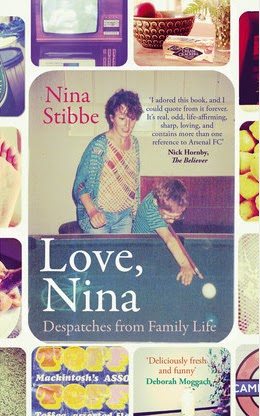 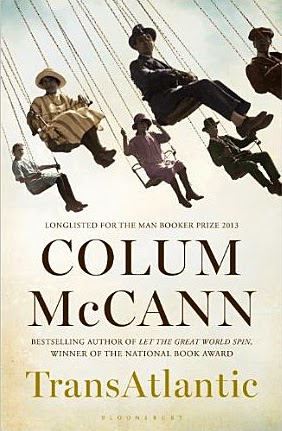 Next time you're browsing in a bookshop, see if you can spot more headless bodies and severed limbs...

I loved this post too. It will make me look at book covers in a different light that's for sure!

Sharply observed and oh so well laid out. This display of trends was brilliant Jane and reminded me how crucial the cover design is to whether or not we buy a book. Some great examples here to follow up and read.... except my 'books to read' pile is too high as it is, let alone add any more to it.... but I've never read anything by Jane Gardam and it sounds like I need to rectify that.

Wow, while I was aware that 1 or 2 books looked similar I had no idea that there was such a fashion for certain covers! I am a sucker for a book cover and will be tempted to buy just by looking at the image - publishers have got very wise to this.