For the last three months or so I've been involved in the Postman's Knock postcard swap. Twelve of us chose a theme and then every fortnight everyone took turns to make a card for everyone else, on their theme.
My theme was 'Overhead'. Here, in the order I received them, are the cards that were made for me:
It wouldn't be a show without Punch, so I made a twelfth card, illustrating my own theme: 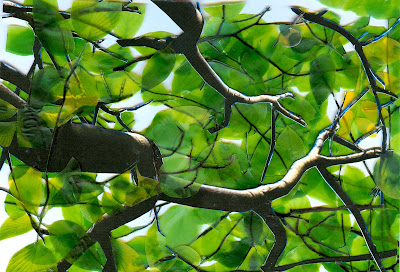 Here, again in order of sending, are the other cards I made for the ladies in the swap:

Well, those were the cards I actually sent, but there were also quite a few 'fails':

One card in particular struck a spark and sent me off on a tangent: 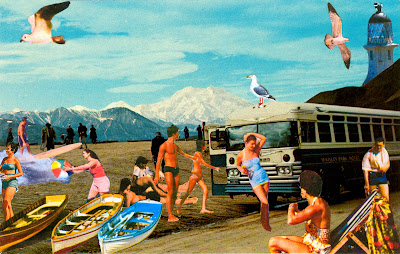 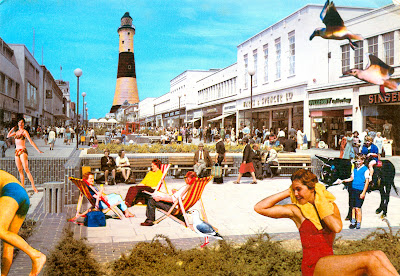 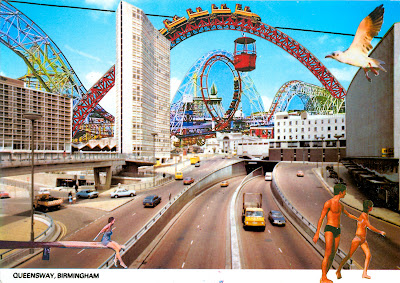 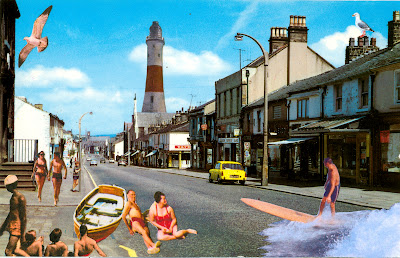 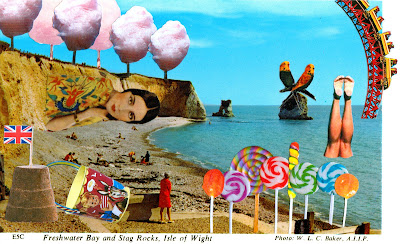 I think that's all the postcards generated by the Postman's Knock swap, but I found it very stimulating and in fact it got me out of a do-nothing rut I'd been in previously. I'm doing my painting again now and I think it's probably all thanks to Postman's Knock. Thanks to everyone who made it such a fun and interesting project.
Posted by Jane Housham at 10:41

Don't they all look wonderful together?! Your postcard created for your own theme is superb, totally perfect for 'Overhead'. I would have been ecstatic to have produced any of your rejects - zombies indeed!

PK has been great fun, an experience I have totally enjoyed despite, or maybe because, it challenged me at times. And, of course, I got to 'meet' some lovely new blogging buddies including YOU!

A friend came to visit this afternoon and I showed her all the cards I'd received. All of a sudden it struck me how they look en masse and your post serves to re-inforce the ingenuity and effort we have all put into this project. I love those rejects and agree with Jo - I would have been deliriously happy to have received those 'zombies'. You have a singular view of the world Jane .... and I love it. So glad we can stay in touch via blogging and get to see more of your creations in future.Great 12th card... why do I feel the need to have a go now.....

I echo the other two's sentiments.......... how wonderful do those cards look altogether. It has been a great learning experience hasn't it?
Your twelfth card is a lovely take on your own theme.

This is wonderful! What a great idea> And great to receive actual mail now and then!

They look fantastic together. Wouldn't it be wonderful to have everyone's cards exhibited together. I love the card you made for yourself.