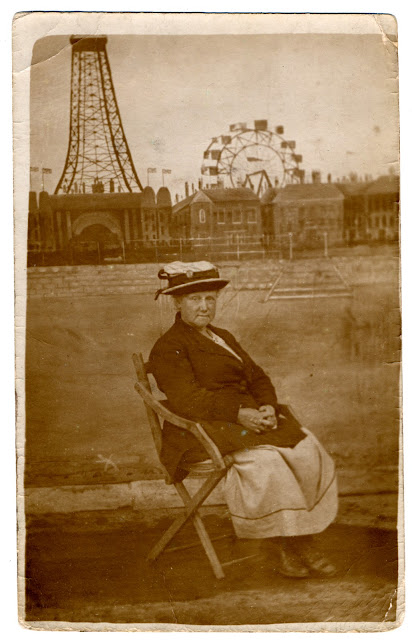 I found this old postcard in my drawer at work. I can't remember where it came from now. There's no message on the back to give a clue as to its original owner either.
At first glance I thought it was taken en plein air, and no doubt that's the intention, so that the sitter can send evidence home of her holiday in the sun. But a second glance soon dissolves the apparent reality: the sand looks oddly dark and firm, and, what's that? A skirting board? And then the clincher: this Blackpool Tower has none of the symmetry of the real thing, this one's positively wobbly. Then you realise that the lady is sitting in front of a painted backdrop with a skyline of buildings that only approximates to the actual Blackpool townscape. 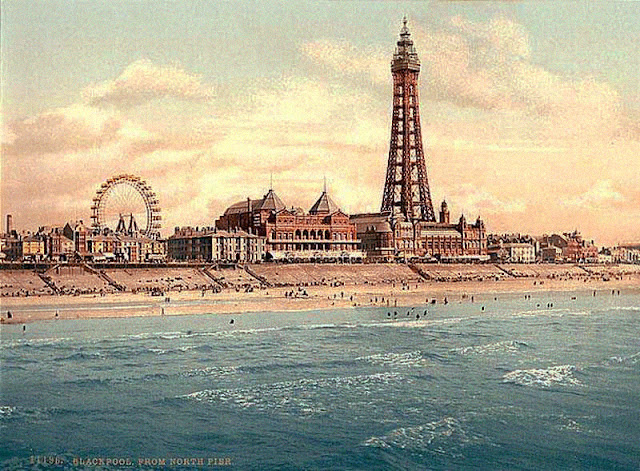 The big wheel was erected at the Winter Gardens in 1896 (the photo of the lady looks as though it was taken in the 1920s, I think). It was almost directly behind the Tower, so it appears to move from one side of the Tower to the other depending on the photographer's viewpoint. 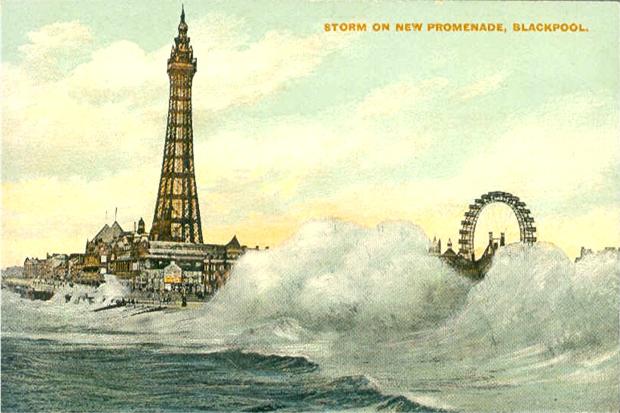 But it's also possible that the backdrop was drawn from a reversed image, so the wheel has gone over to the right-hand side. 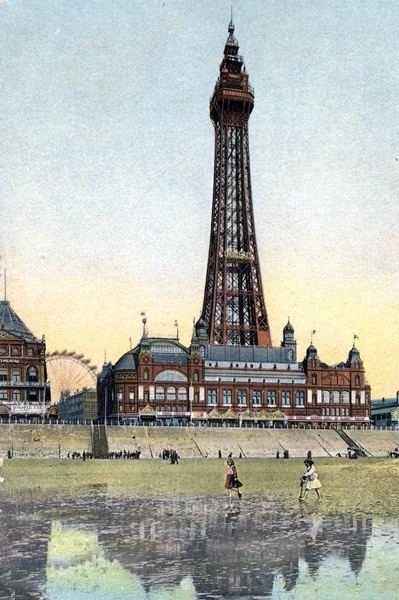 You can see that the backdrop artist has approximated the turrets and frontage of the base of the Tower, but they haven't really got the buildings on either side quite right.
Here's another photo taken in front of the very same backdrop! The canvas probably hung in the studio of photographer Charles Howell, at Blackpool Pleasure Beach, where the donkey (stuffed?) did sterling work.
I love the idea of being photographed in front of a bad reproduction of the place that's just outside the studio door!
Posted by Jane Housham at 18:07

I feel for that stuffed donkey.... or the man who had to stuff him!