A weekend in Hastings

I can't believe a week has already passed since we went down to Hastings for a weekend treat. The visit was more or less a spur of the moment thing and motivated only by my vague memory of there being strange dark 'towers' on the sea front that I would enjoy photographing. 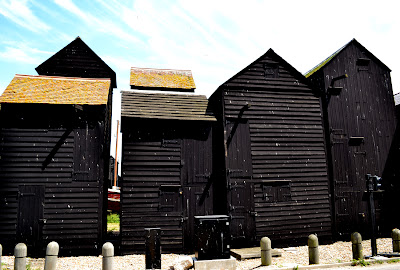 The towers surpassed all expectations. I thought there were only two of them, but there was a miniature city of them, an English San Gimignano. 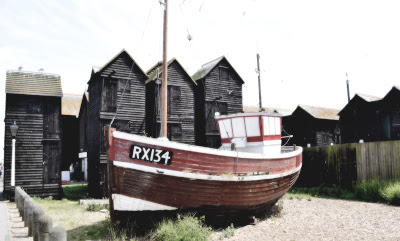 They're fisherman's shacks for drying their nets. 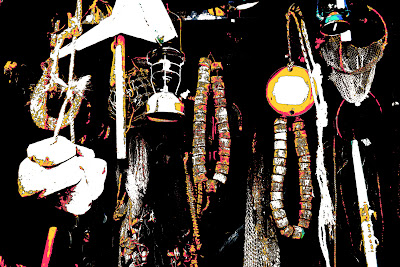 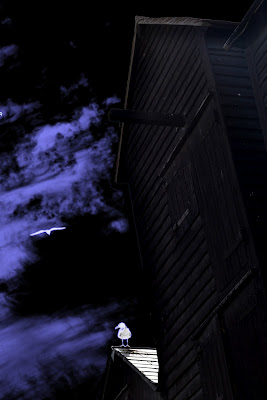 The towers lend themselves very readily to Gothic fantasies. 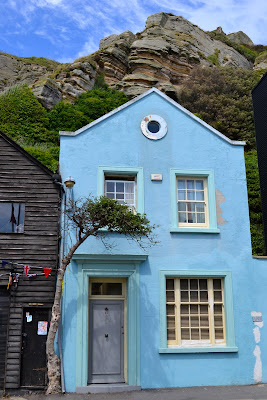 But there was SO much more to see in Hastings. It was a fantastic town, full of interest and charm. It may have been a bit down on its uppers a few years ago but it has come right back up and seemed very alluring. 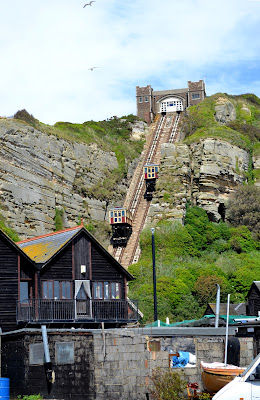 Is is obviously a place that originated as a fishing town 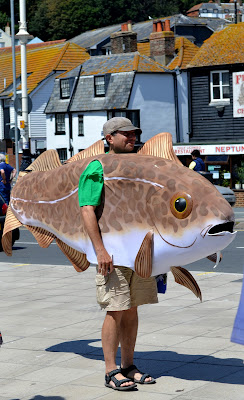 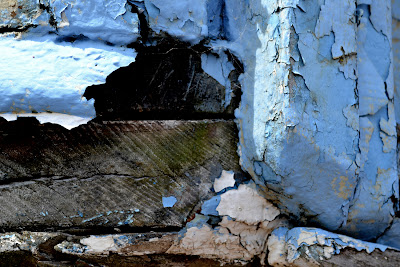 The Jerwood Gallery opened in Hastings in March. We went to see the exhibition of large paintings by Rose Wylie. There was a documentary film about the artist (who has only recently come to prominence at the age of 77) playing and I got very disapproving looks from a couple of the other people who were watching because I'm afraid I laughed out loud. Rose Wylie was shown to be extremely eccentric and she seemed to me to revel in her difference from boring 'normal' people. She seemed to have an almost calculated childishness, for which I salute her. Who wants to be all grown up and sensible? I felt sure the film was celebrating her kookiness, but the other viewers clearly didn't agree.
Then we discovered that Hastings Old Town contains a labyrinth of junkshops, with some of the yards full of stalls and insane junk stretching back behind the shop fronts into large plots behind. Some of it verged on the post-apocalyptic, it being hard to imagine anyone wanting to buy what appeared to be the detritus of a lost civilisation. But it was very enjoyable trawling through it all. I managed to keep my hands in my pockets for most of the time, and just bought an old game:
There were beautiful new shops too and, straddling the two, very high quality vintage shops. One shop deserves a special mention. Hendy's Home Store was just unbelievable: a Georgian house stripped back to its original features and filled with museum-quality kitchenalia, office furniture, bathroom fittings -- each room was full of appropriate things. It was stunning. You can't imagine how they could keep it so well stocked and actually bear to part with anything.
My photos are useless. Here's a much better set, plus an article about how the house was restored. 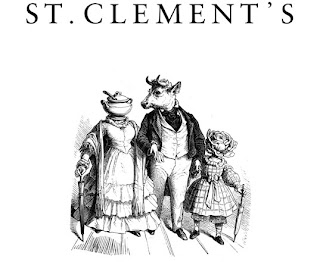 We had dinner at St Clements in St Leonards, just along from Hastings, and I can really recommend it -- lovely food and very nice atmosphere. Then we stayed the night in a nice, old-fashioned little hotel in Sedlescombe, which looked like a beautiful, chocolate-box village.
The next day after a spiffing breakfast (it was the sort of hotel where the waiter brings your toast and whips away the napkin that has been keeping it warm on its way to the table with a flourish), we went for a walk at Dungeness. I would absolutely love a little weekend place here, if such a thing were within our means. It is a unique, wonderful, otherworldly landscape. The wild flowers were unbelievable. 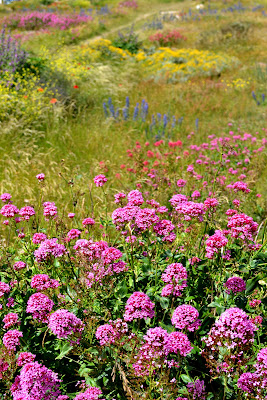 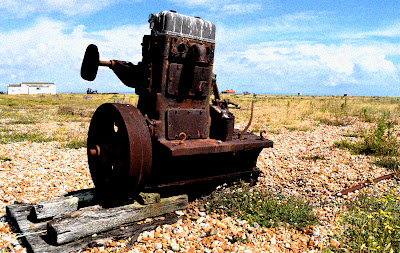 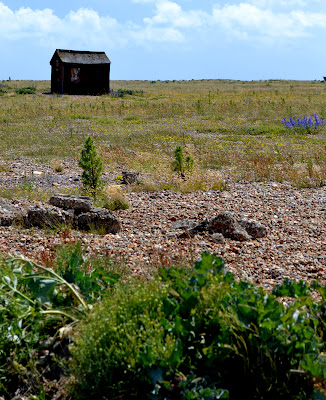 When we had been thoroughly scoured by the wind and been restored by a cup of tea at the miniature railway station, where they were having a special Thomas the Tank Engine Day, much to the excitement of a great many small children, we went on to Bexhill where we had lunch at the fabulous De La Warr Pavilion. 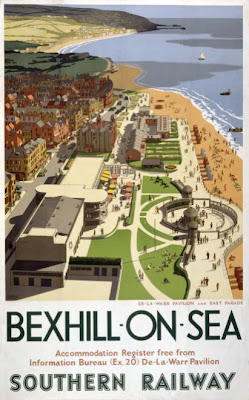 It must have been just before they put the 'Italian Job' style coach on top:
More fantasizing: this beautiful house is for sale just along from the Pavilion. What I wouldn't give, etc, etc.... 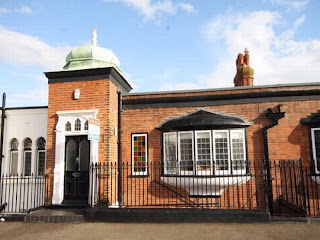 It was a lovely weekend. I could spend weeks down on the South coast, exploring. I could imagine myself moving their to live out my old age. Already I'm planning another trip -- there's Rye, Pallant House in Chichester, the Weald and Downland Museum, Down House (Darwin's House) -- so much still to see...
Posted by Jane Housham at 16:21

HI Jane, great photos - I specially like the dark city and your gothic inspired one and the rotten boat!
Looks also like a perfect and exciting trip to me.
Barbara

Love it down there, have had a couple of weeks away down that way already this year. There is always a lot to do and see. Sussex is in my heart and always will be

Dungeness is on my list of places I want to visit. Ever since reading Derek Jarman's beautiful book I have yearned to see it for myself. Also, John Piper did many drawings of churches around the Romney Marsh area and I've always wanted to visit. I feel really envious of you Jane, especially as you seem to have hit the coast during a patch of sunshine too!! Did you see the Made in Hastings shop while you were there? If I came across all those junk shops you'd never get me out of them... I admire your restraint buying just one thing. Methinks you will be returning here sooner rather than later.

Wow! I keep hearing good stuff about Hastings, and now I really want to go there. And like Lesley, I've always wanted to visit Dungeness. Great photos, despite what you say!

What a glorious set of images. I thought that top one was one of your paintings, it has that look to it.

Those fishermen's huts seem to have popped up a fair bit recently in magazines, etc and they absolutely fascinate me, I would love to see them in real life and poke around inside one or two. I love the smell of a warm shed!

You have really managed to capture the quirkiness of Hastings. We were down there in the Spring. Remember that lovely warm weather that we all thought heralded summer? Ha! I thought the Rose Wylie film was a hoot and particularly liked the bit where she reports on someone saying that whenever she sees a picture/film of her, she is always wearing the same jacket, to which Rose responds how she loves the jacket and the fact that it has a somewhat organic life, with the shoulder pad migrating within the lining to end up rather like a third breast.

I'm thinking that perhaps another visit to Hastings on Pirate Day (22nd july) is in order!