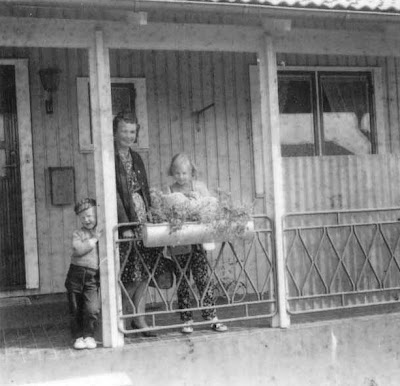 As I'm such a fan of all things Swedish, I like to read The Local, an online newspaper that tells you Sweden's news in English (they've also just launched Norwegian and French versions). Last week they carried a story which particularly appealed to me. 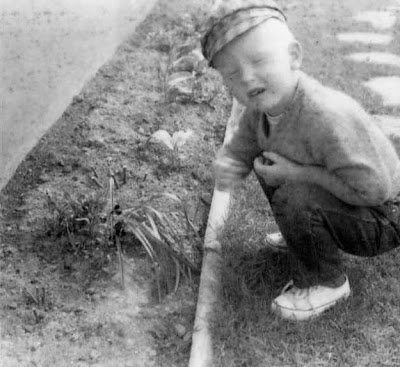 Joe and Angela Avery have been coming to a cabin near Nässjö in south central Sweden every autumn for the last decade to visit Angela's cousins, the offspring of her English aunt who married a Swede. [I'm precis-ing from the article.] 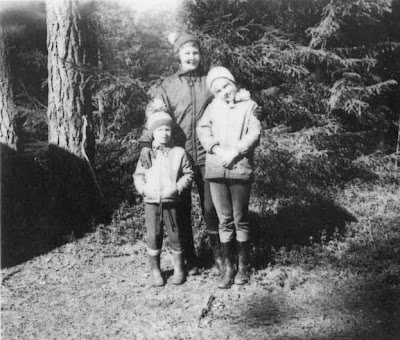 Over the years, visits to flea markets, sales, and auctions have become a standard part of the Avery's annual pilgrimages to Sweden [jealous much? Moi?].
In August they attended an auction in Eksjö and bought a box of "knicknacks” which included a vintage camera. It was only upon examining the camera at home in England that Joe discovered it still contained a roll of film. “Luckily, I didn't open it until I had wound the film back in the camera,” he said. “Curiosity then led me to wonder if there might be any images on the film.”
Joe found a photo lab that could develop the outdated film, even though he was doubtful that any images could be salvaged. A few days later, Joe heard that his pictures were ready to collect. "I couldn't believe it,” said Joe.
The film had produced twelve grainy black and white images, some of which are shown in this post.
According to the photo lab, the film in the camera was manufactured between 1947 and 1952, so the images could very well be more than fifty years old.
Joe and Angela are hoping that making the images public may elicit more clues about the pictures. They  hope members of the family depicted in the images will get in touch so they have a chance to reclaim a slice of their past.   Here's the link to the full set of 12 images:
Joe Avery's mystery Swedish photos »

Comments on the Local's reader forum have already offered tantalising clues as to the identity of the family, or at least to their location. Most seem to agree that they lived in southern Småland. As I'm enjoying trying to identify people in my own family's old photos at the moment, I hope that the family in these old photos will get hold of the story and identify either themselves or their forebears.
The other day I came across someone else's family history research online and it intersected with my family -- the researcher and I have a great-great-grandfather in common (or rather, his great-great-grandfather was my great-grandmother's stepfather -- I think). The extra information I gleaned enabled me to find a photograph of the Manchester back street where my great-grandmother lived as a child (now demolished). Just to set eyes on that photo gave me a marvellous feeling, even though the street was extremely ordinary and humble.

As I started to read this I thought it was going to end with the shock news that they were in the photographs! Product of an over fertile imagination I suspect, but the truth is just as fascinating.My favourite is of the little boy who is probably now drawing a pension somewhere. I do hope they see them and reclaim the memories.

I had the same thought as Lesley!
Found photos are fascinating, aren't they? There are some wonderful groups on Flickr that share photos like this.
http://www.flickr.com/groups/foundphotos/

Isn't this the beauty of the internet though? (Well, one of them, especially if you are of a curious nature). A fascinating tale and I agree that found photos have a fascination all of their own. Off to have a look at the Flickr group now.............

Hi Jane, just come across some carrier bags from Japan. I wondered if you wanted them?
Jo