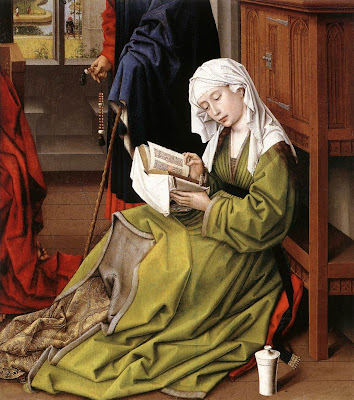 Just a quick post about a fundraising event I feel strongly about. Here's the press release:

Posted at 10:18AM Wednesday 12 Oct 2011
Almost a third (31 per cent) of UK adults are too embarrassed to admit to loving a particular book, according a new poll from the Royal National Institute of Blind People (RNIB). In contrast, blind and partially sighted readers face a dramatically limited choice of titles - just 7 per cent of all books are available in fully accessible formats.
Released on the eve of the charity's annual fundraising appeal Read for RNIB Day, the survey reveals that more than one in three (36 per cent) of UK adults have a guilty pleasure author that they love to read in private but would not necessarily admit to reading in public. Books topping the list of guilty pleasure reads for those that admit to them are JK Rowling's Harry Potter (31 per cent) series, with The Da Vinci Code by Dan Brown (28 per cent) following second, and Bridget Jones' Diary by Helen Fielding (19 per cent) third.

In stark contrast to this, new research released today by RNIB shows that just 7 per cent of books are available in formats accessible to blind and partially sighted people - braille, large print and audio books.* As it is predicted that by 2050 the number of people with sight loss in the UK will double to nearly four million, the charity's work is becoming increasingly important and in demand.

Sue Scott, who lost her sight seven years ago, said: "One day I realised that not only could I not see anymore, I couldn't read either. You don't realise it, but reading is everything and when you lose your sight you realise how important it is. From reading the newspaper or an email from a friend, to reading a private letter from the doctor or a bill you don't want others to know about. You become totally reliant on others and you lose your privacy and independence. Read for RNIB Day is a great idea and will help raise money for reading services for blind and partially sighted people, like me. It doesn't matter what the activity or challenge is, as long as its reading related and you're having fun and helping to raise money. I hope that lots of people get involved."

Mayor of London Boris Johnson admitted to his guilty literary pleasure: "When I have a spare moment to read a book, I regularly return to Ludwig Wittgenstein's great philosophical work of the 20th Century, Tractatus Logico-Philosophicus."

Julian Fellowes, Oscar-winning script writer, author and Chairman of RNIB Talking Book Appeal, says: "Reading is a tremendously important part of my life and I firmly believe that it's one of the pleasures that can be enjoyed one hundred per cent by blind people, thanks to Talking Books. Please join Read for RNIB Day and read something amazing in October to help RNIB raise much-needed funds which will help even more blind and partially sighted people gain better access to reading services and equipment."

Read for RNIB Day is on 14 October and RNIB is asking everyone to get involved and do something reading-related to raise money and support its work for blind and partially sighted people. Call 0845 345 0054, visit www.rnib.org.uk or text read to 70007 to donate £3." 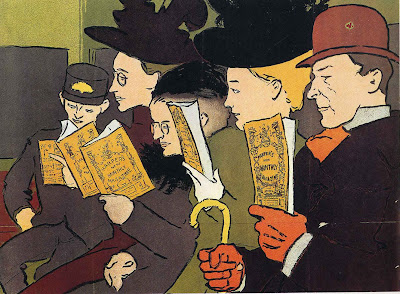 I love reading so much. It's my passion. Well, in fact it's so much a part of my life that I wouldn't even call it a passion any more. I just do it whenever I can. Last night I was reading Christos Tsiolkas' The Slap from 4am to 5.15am because I couldn't sleep. When I read that only 7% of books are available to blind and partially sighted people, I tried to imagine how I'd feel if my reading freedom was restricted to that extent. It would be terrible. 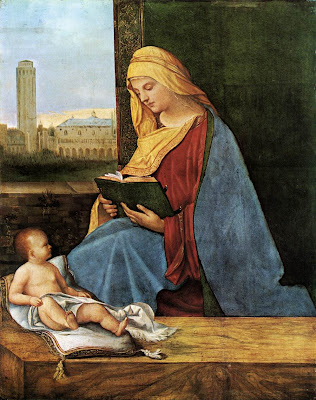 In fact my eyesight has deteriorated quite dramatically over the last couple of years and now I can't read without my glasses. This change in one of my main connections to the world has really disoriented me and  made me feel quite depressed, even though I am lucky enough to have glasses that make it all okay again. It's not the same as my lovely crisp eyesight of yore. My dad is nearly blind from glaucoma and this year I have also had 'vitreous detachment' which was quite alarming (though not really that serious, just another ageing thing -- but the slow flashes of light deep inside my eyes for a few weeks were rather disturbing). So I love my eyes and I love the things I can see with them and I have supported RNIB Day. 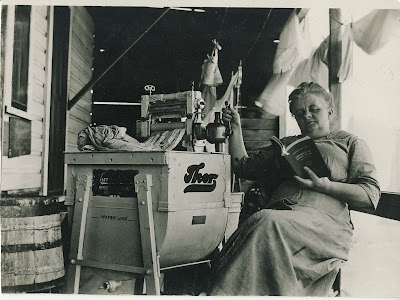 Oh, my guilty reading pleasures are: Ruth Rendell, Elmore Leonard and old children's books. What are yours?
Posted by Jane Housham at 10:35

Any problems with eyes are so worrying, aren't they. I'm a passionate reader and the thought of losing that facility is horrifying - I've had the vitreous detachment thing too, and my father and mother-in-law had/have galucoma so oneknows the problems all too well. Off to RNIB to donate.

Of all the senses, the loss of sight is the one that fills me with dread. I will read anything and everything, and have books piled up on the stairs waiting their turn (I bought The Slap today from a charity shop, looks interesting!). I too have to wear glasses to read, and I am SO grateful that I have them - before I wore glasses, and when my 'reading eyes' were starting to deteriorate, I got quite gloomy about ever reading/arting again without getting a headache.

I'll pop over to RNIB now.

A very good cause. Losing one's sight is indeed unthinkable for most of us.

Had to think about my guilty reads - I happily read all sorts of things. I think I feel most embarassed about self-help books. I worry about other people thinking I'm a bit sad for needing them!

Jane, I used to visit a blind lady each week for Age Concern, until she passed away. She relied so much on the radio and the talking newspaper for news and to hear conversation. We used to just chat and I did all of her correspondence and lent her lots of talking books but there is no substitute for picking up a book as and when you want to and losing yourself in it. I'd have to think hard about what my guilty pleasure is. I can read the cereal box and find something to interest me in it! 7% is a shocking statistic and your post has been a salutory reminder that not everyone is as lucky as those of us who can choose what to read. I am happy to support a very worthy cause. Thanks for highlighting it so passionately.

What a worthy cause Jane. Having sat for the afternoon in the eye clinic with my husband on Tuesday whilst his cataracts were looked at, you realise just how many people have eye problems. Most of us who chatted agreed that sight is the sense we would miss most if we lost it.My guilty reading pleasure? The computer magazines I flick through in the supermarkets..........