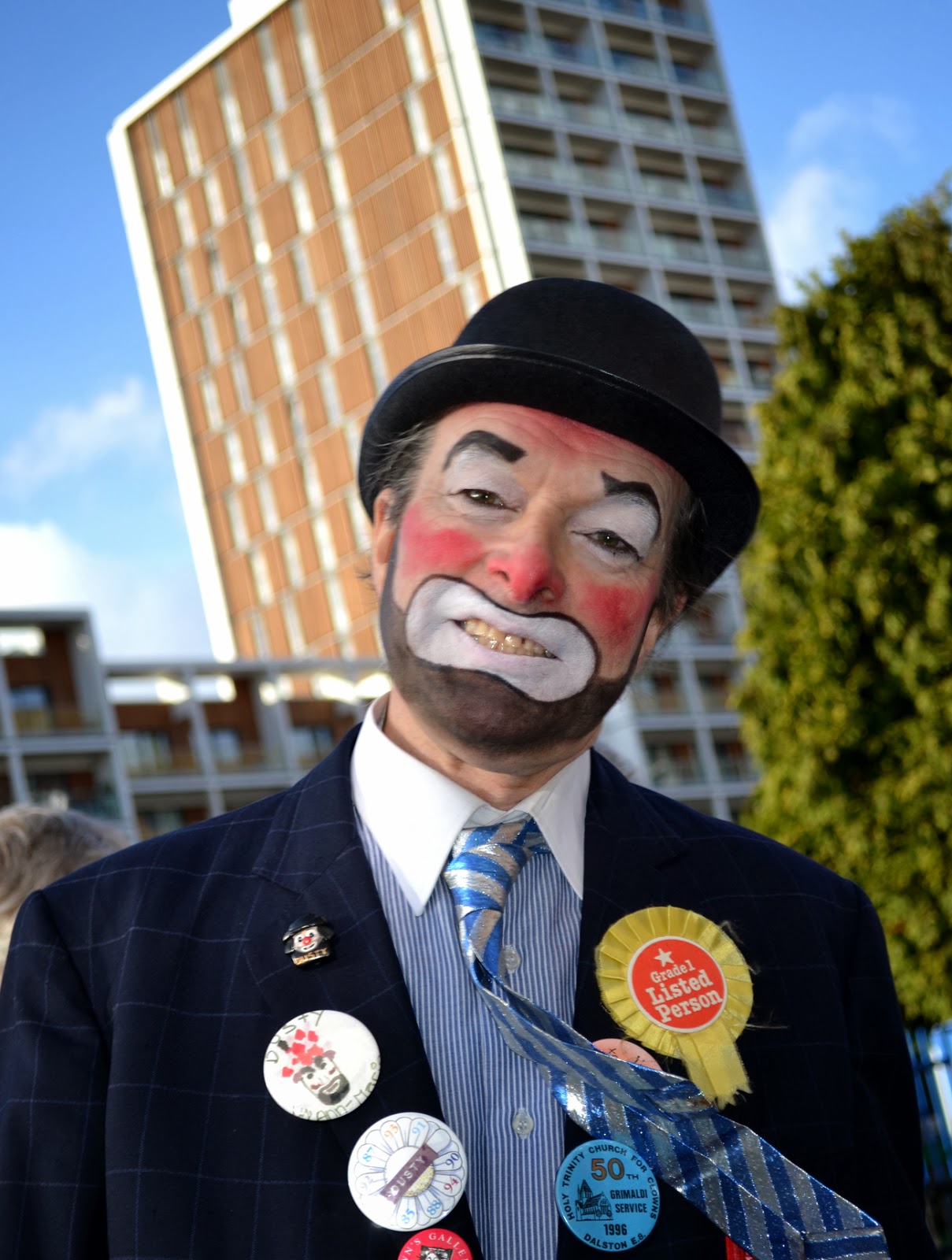 This afternoon I went to the Clowns' church service at Holy Trinity Church, Dalston, London. I've been wanting to go for three years but only got it together for the first time today. 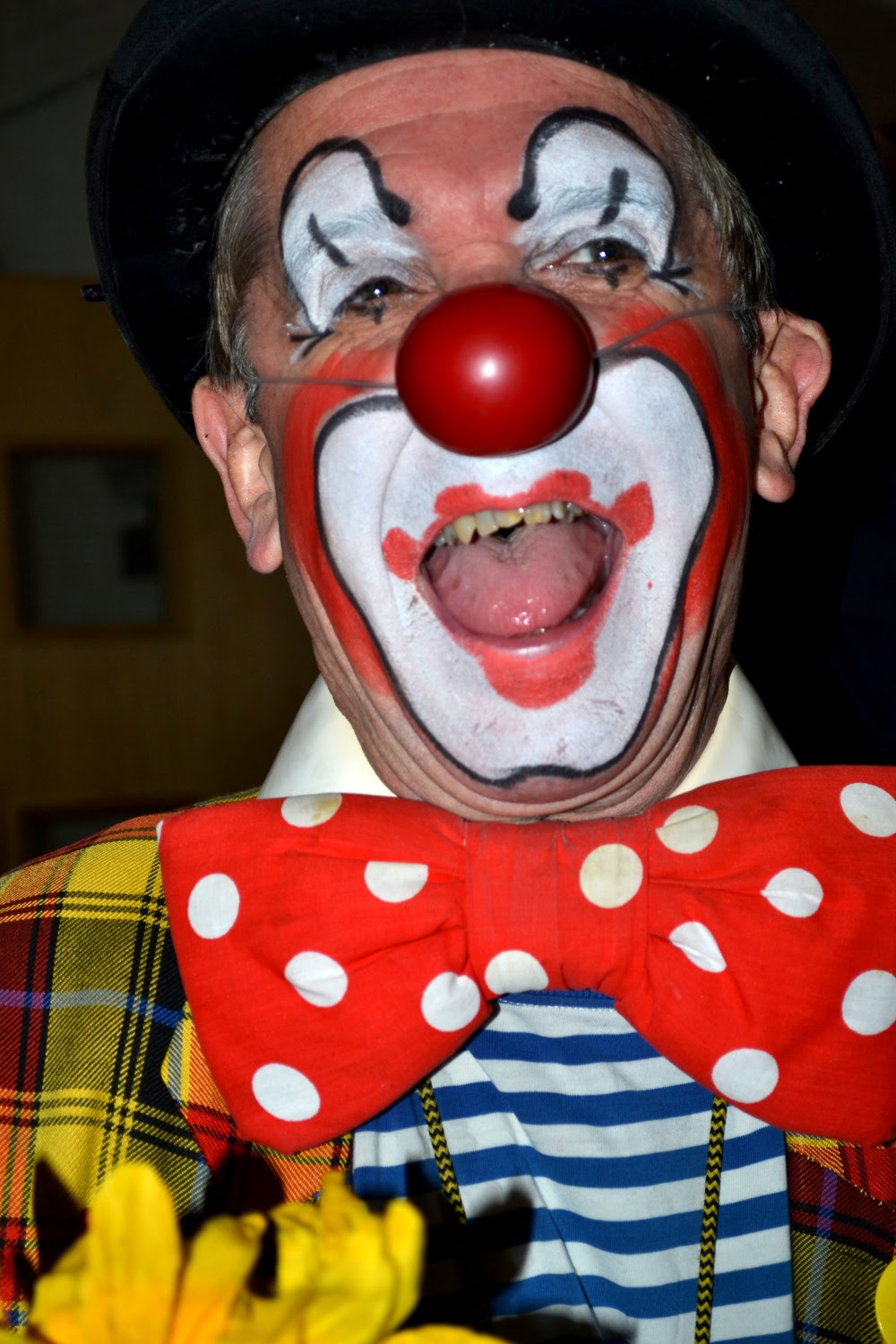 It's a unique occasion with clowns in full 'slap' and costumes joyfully turning up and making the most of the huge interest in them -- there were dozens of photographers there -- possibly more photographers than clowns! The clowns were charming, patient, very happy to engage with anyone who wanted to talk to them or just say hello. I really enjoyed photographing them. 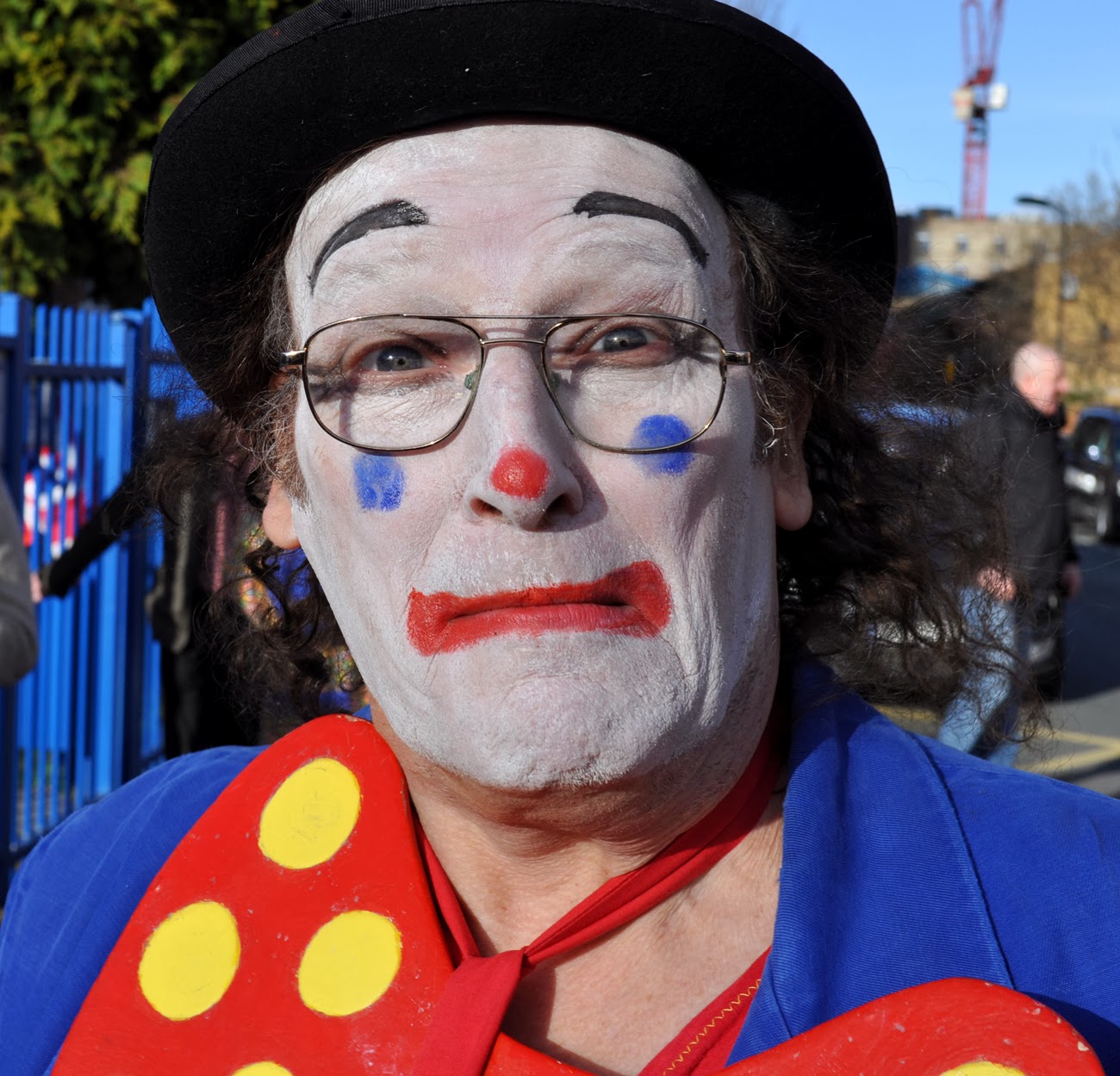 There were old clowns and young clowns, male and female clowns. The clown below was from Denmark: 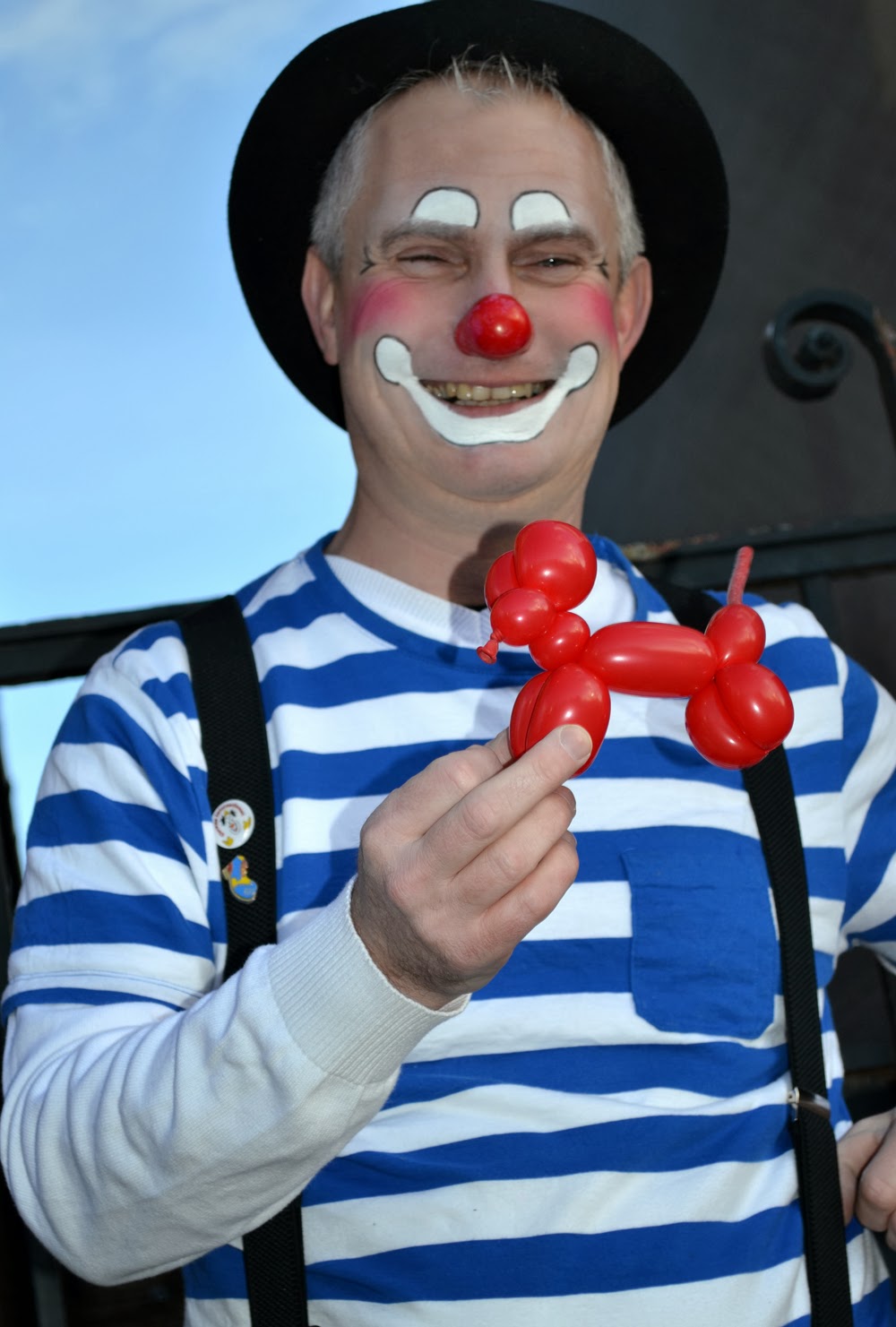 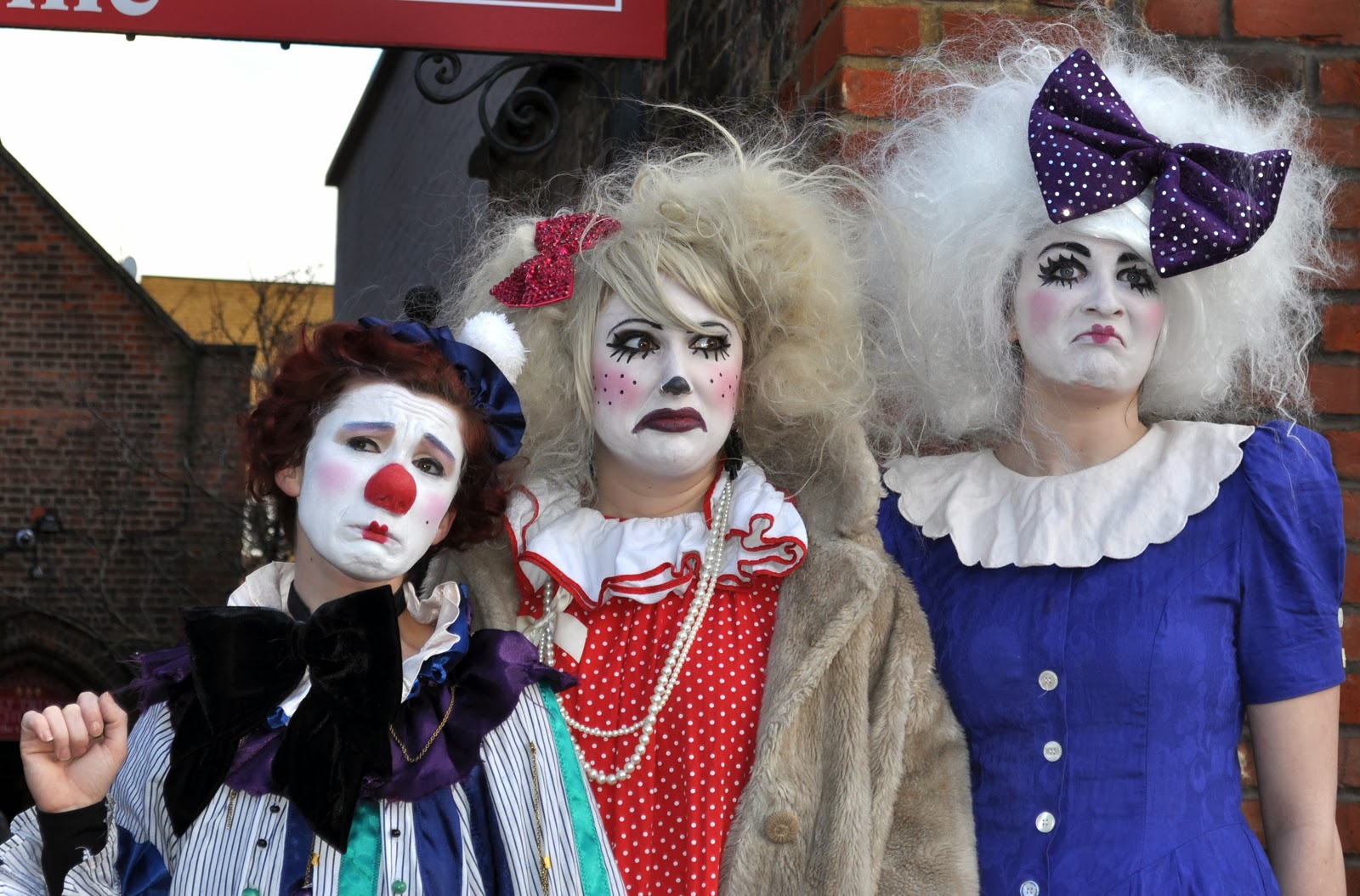 The service is dedicated to the memory of Joseph Grimaldi (1778-1837), the Regency clown. There was a case of Grimaldi objects and a lot of clown history in panels on the walls. This case of eggs records well-known clowns' individual faces: 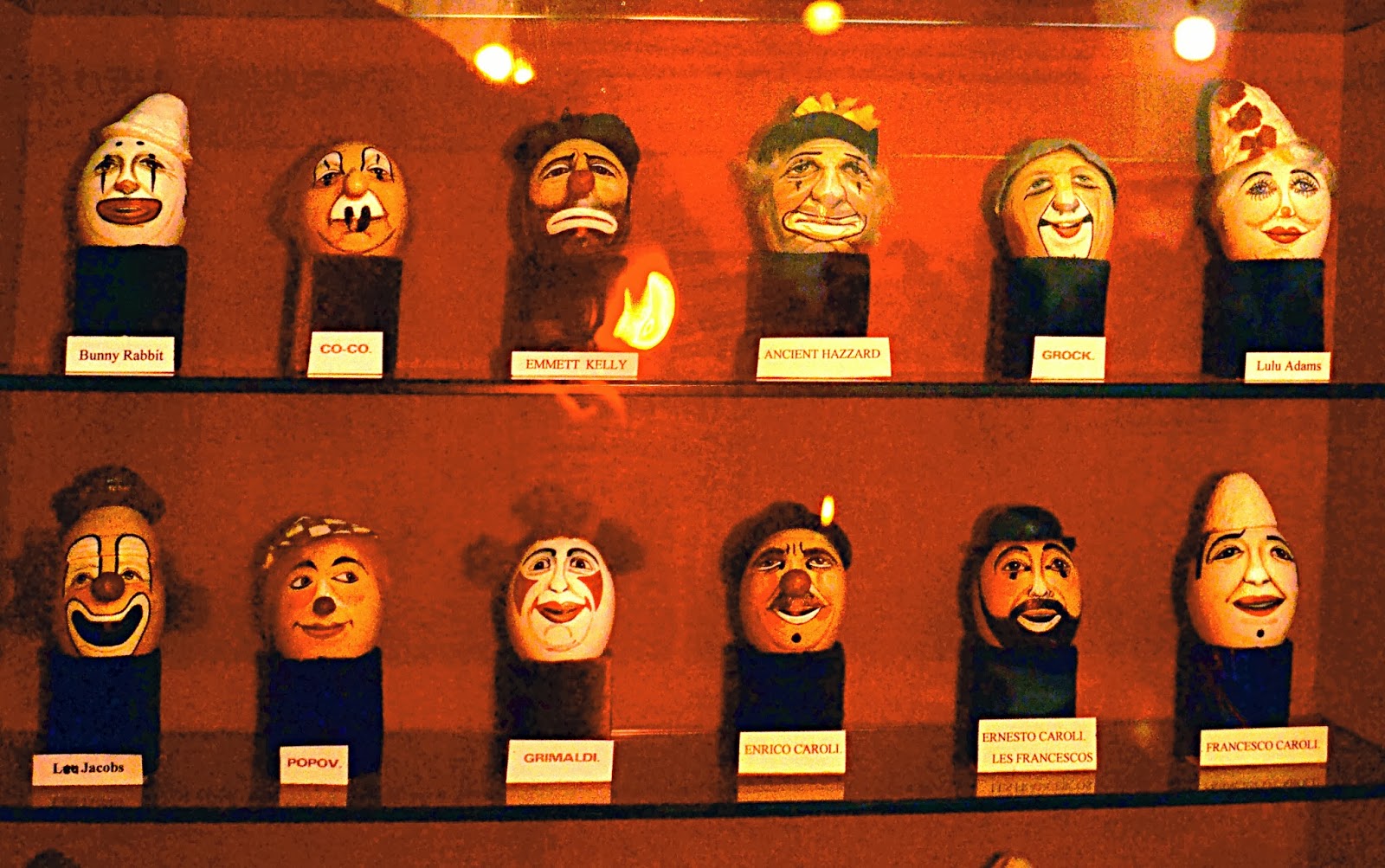 They also have the last costume worn by Coco the Clown. He died in 1974. While I was looking at this, a clown came up and said that he'd been inspired to take up clowning by Coco, who he loved as a child.
Coco's suit had badges that I coveted: 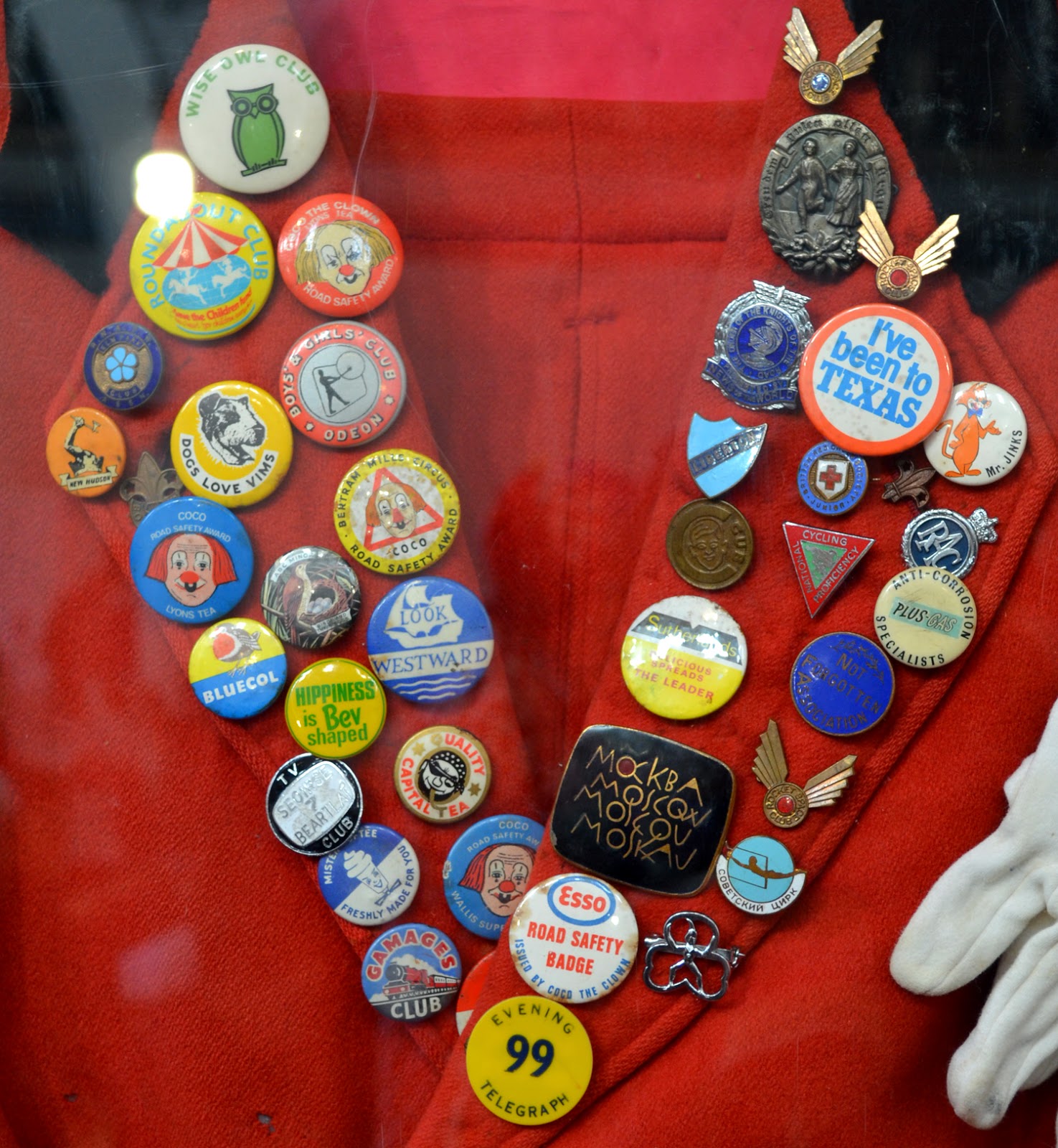 The service was very joyful, with individual clowns reading poems and singing songs as well as a very jolly sermon by a vicar in a red nose. One clown, Mattie, read out the lyrics to 'Be A Clown' as sung by Gene Kelly in The Pirate. Terrific. All the clowns joined in on the chorus. 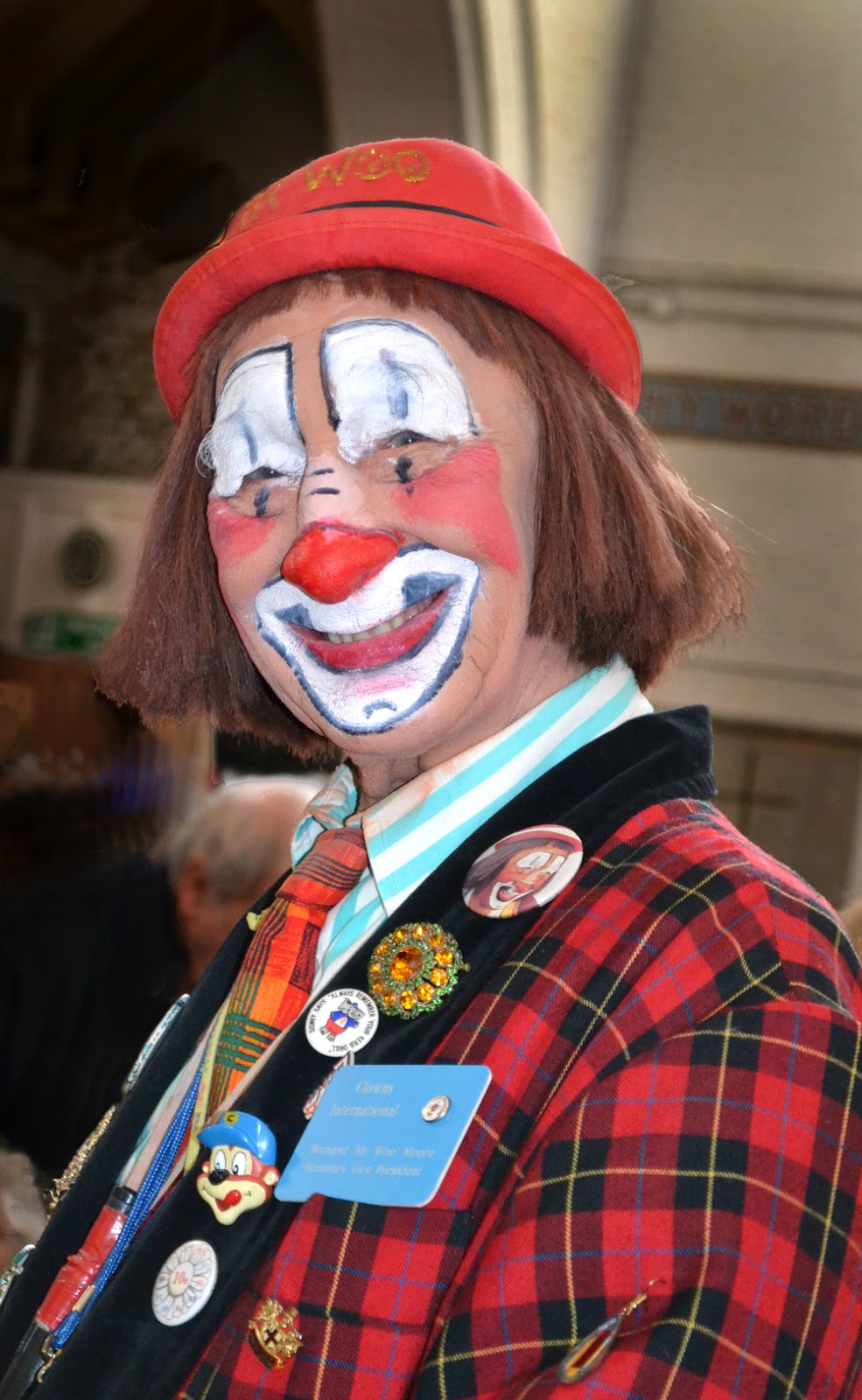 This rather lovely young clown was actually dressed as Grimaldi, I think, if you compare him to the print below: 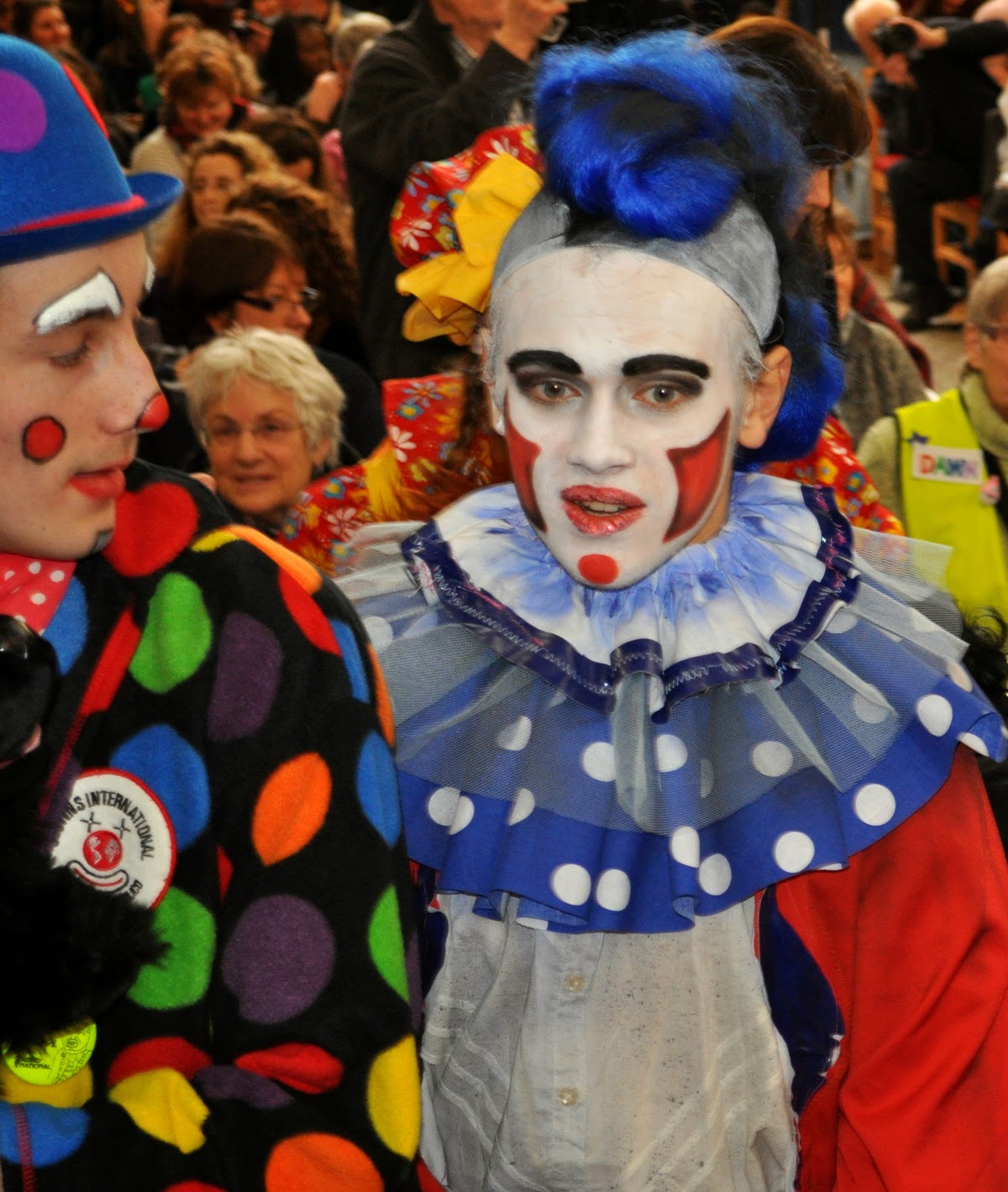 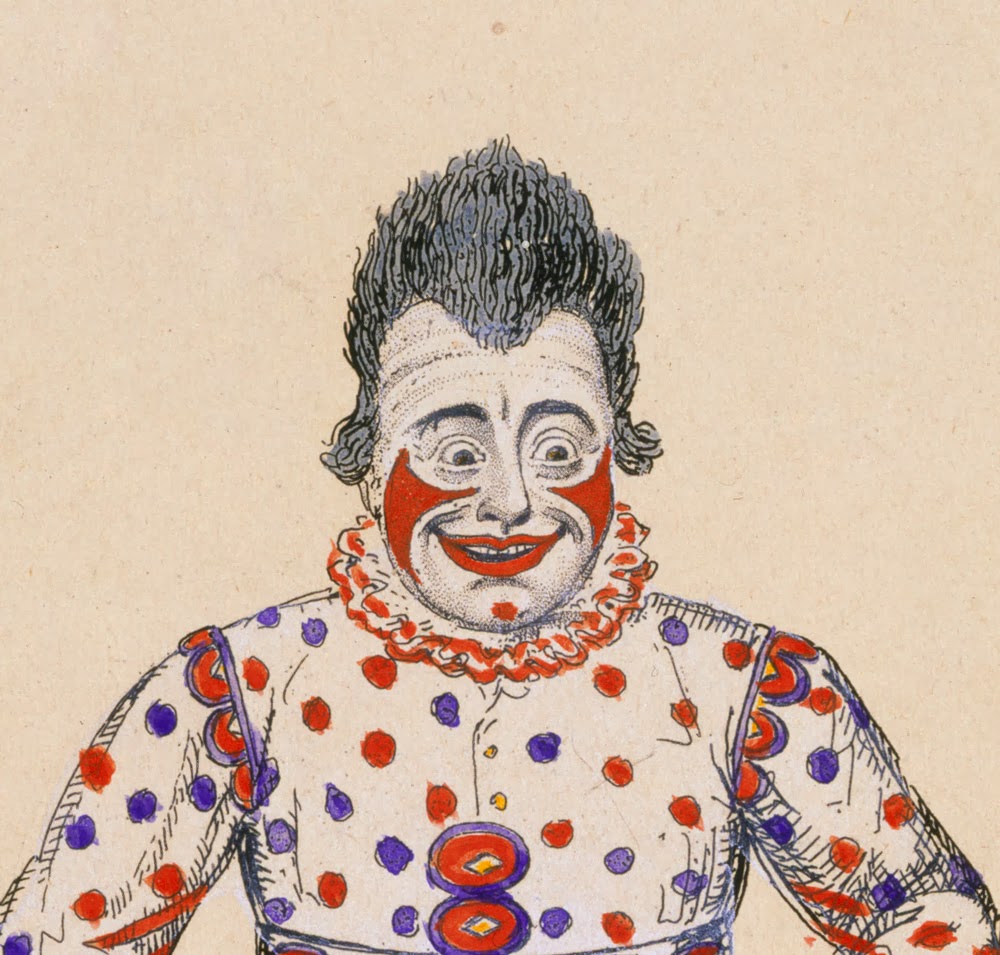 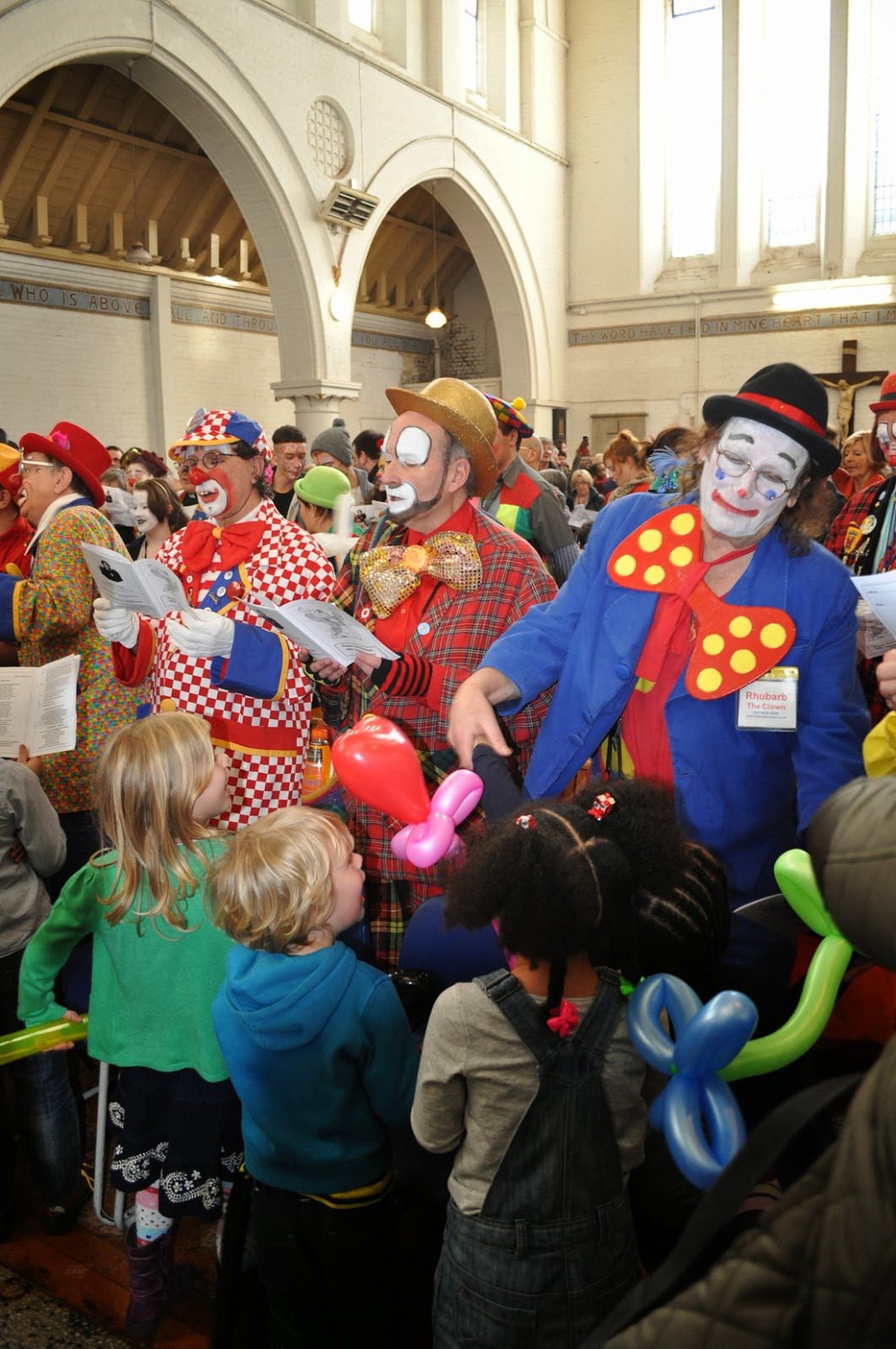 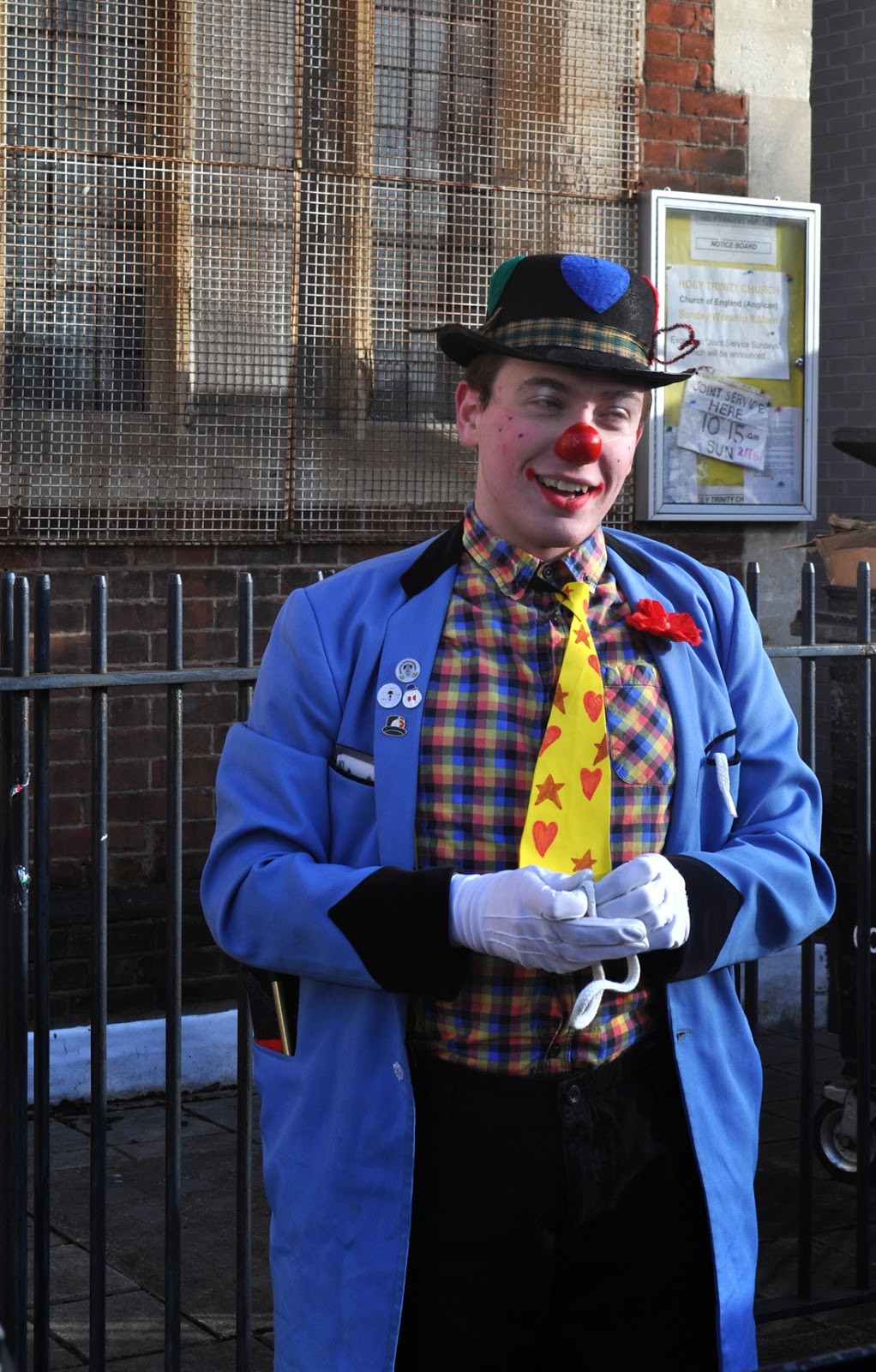 It was fascinating to attend the service and very interesting to see how the clowns, en masse, were able to step over the line of what is normally expected behaviour in church without offending anyone but, on the contrary, collectively generating joy. I won't forget it for a long time.
Posted by Jane Housham at 22:40

How absolutely wonderful. What a fabulous gathering and great to be reminded of Coco, always the clown on the televised circus of my childhood.

What an amazing experience.

I've been meaning to go to this for years - close enough to cycle. My son mentioned it only tonight - his friend is a clown - Dot Rotten. She was at the service - did you see her?

Oh my, what a beautiful sight! My Grand'Dad was so enamoured of Clowns we must have visited every circus on the continent (time and time again!)
Thanks for the memories,