All too soon it was over

I've been back at work today for the first time in two weeks -- my official break was extended by a few extra days taken in fear of the snowy roads just before Christmas. Two weeks off and what do I have to show for it? Not a lot, really, although I had very high hopes of forcing a return to frothing creativity. It was a very fragmented period, with Christmas squatting at its centre, implacably.
Don't get me wrong, I like Christmas. I really enjoy putting together stockings for my kids and wrapping presents is very satisfying, but intense love of Christmas isn't deeply embedded in my soul. I really wanted all the hooha to stop so that I could just do my own thing, quietly. It didn't. Except that I enjoyed making the story of the Christmas reindeer after we'd eaten our Christmas lunch -- that was fun and the kids helped me (see previous post).
Let's take stock of what I did manage to do, before I had to head down the A1 to work again this morning.
I collaged a little box: 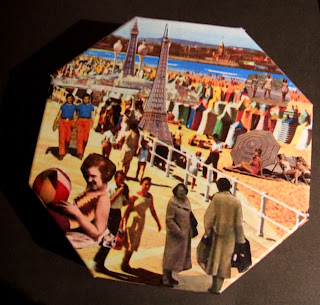 It's a little chocolate box, about five inches across. The edges of the lid have legs on them: 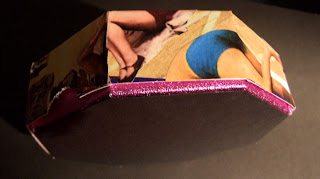 I made a new display for a digital photo frame with 100 old images culled from various places. Here are a few: 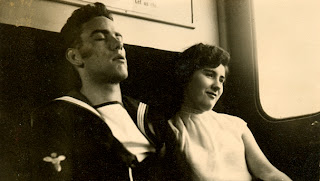 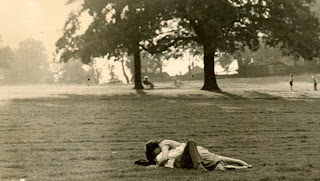 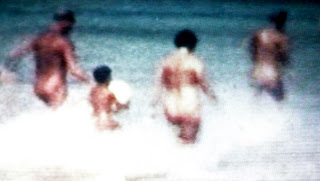 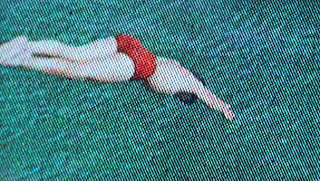 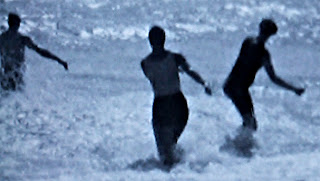 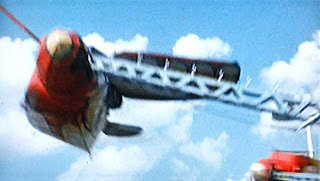 I love the mesmerising effect of the slideshow playing the photos over and over again. In fact last night I had a second digital frame playing a different selection of photos at a different speed and it was interesting to see all the different combinations that came up and how one image interacts with another. Here are a few from the other frame, which was intended to act as artistic stimulus (maybe it's working!):
I also had a first experimental go with my new Bind-It-All machine -- thanks to Barbara for bringing this little marvel into my life. 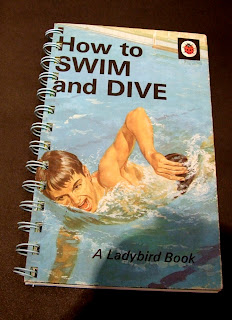 It's a notebook made from the covers of an old Ladybird. The inside pages are a mixture of papers including bits from old maps, colouring books and sweetie bags: 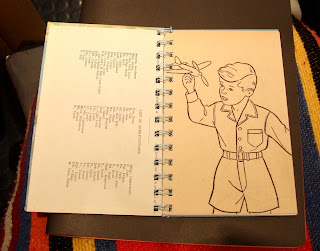 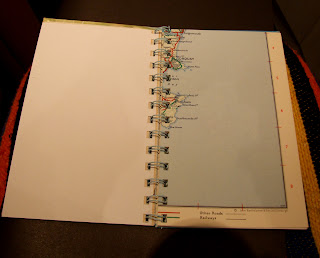 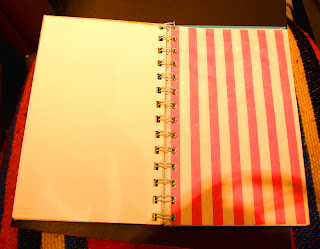 Trouble is, I like it too much to write or draw in it at the moment.
In the little breathing space between Christmas and New Year the four of us went back to Brighton for a couple of days, because my daughter and I had such a great time there at half term. It was just as cool as ever, the shops were just as beguiling, the weather was probably better than before as there was no driving rain. My family turned their noses up at the chance to visit the Museum and Art Gallery so I went on my own. Their loss, as it was a real little jewel of a place. It was like a distant relative of classic English municipal museums -- eclectic, eccentric, a little shapeless -- but in this incarnation, the eclecticism was of the highest quality, the eccentricity was galvanising. Every room brought new pleasures which were heightened by being so surprising. There was a wonderful main room of twentieth century furniture with paintings from each decade to accompany the settings -- beautiful treasures from the world's best designers. There was a huge case with pottery by the designers I love most: Ravilious, Laura Knight and too many others to mention. Then a companion case full of glass. Everything was beautifully chosen. There were rooms with themes -- performance art from around the world, the transformation of the body, clothes worn by famous and less famous Brighton citizens. All of it made sense in the context of Brighton and evoked a sense of pride in the place in all its glory and naughtiness past and present. There was also a temporary exhibition on how colour was introduced into the moving image which I found particularly interesting as I'm obsessed with vintage film footage. I can't recommend it highly enough.
We ate some great food while we were in Brighton -- fantastic grilled lamb in a local Lebanese restaurant and expensive eggs and bacon at Jamie Oliver's Recipease (I think it was worth it). The absolute highlight, though, was dinner at Terre a Terre, an amazing vegetarian restaurant. We're not vegetarian, though we're tending to eat less meat these days, but the food at this place was just so imaginative and the flavours so convincing that I would eat food like that every day if I could. The 'tapas' starter, which is basically a taste of all the starters, was stunning to look at and wondrous to eat. 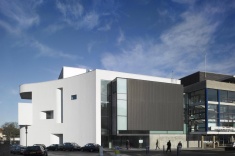 When we left Brighton we went home via Eastbourne so that we could visit the new Towner Gallery (above). This is a great new building, although it seemed to be having a few teething problems the day we were there. We saw an exhibition of art inspired by a sense of place and then, upstairs, a solo show by Tomoaki Suzuki which consisted of about fifteen small carved wooden figures standing separately in a huge room. 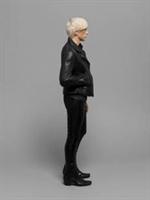 They are apparently one-third of full human size but seem much smaller. They are extremely lifelike and the effect when you stand in front of them is that they are contemplating you. The tables are turned and the viewer feels like the exhibit. It was fun, though not lifechanging, perhaps.
Home again, to the kids being much more creative than me -- my son painting a fantastic painting in acrylics and my daughter getting excited about sewing and knitting and making a fabulous bag (any shop in Brighton would have snapped it up, I'm sure).
Oh, I also managed to read The Rehearsal by Eleanor Catton (very strange, some wonderful stuff in it) and to watch Adventureland, Juno, Robots (cool vintage-style animation) and Festen. Watching some films was one of my stated aims this holiday, so that box is ticked. I thought I'd love Festen but it left me a bit cold. Adventureland was good, especially watching it with my son.
All too soon, it was time to go back to work -- when you pick up the threads and set everything in motion again, it's as if those two weeks never happened. But now I have proof that they did.
Posted by Jane Housham at 22:20

No. You did nothing on your holidays!

You created marvellous things ... I think you may have to give me your address again so I can off-load some plastic choking hazards!

My achievements of the last two weeks consist of an empty maltesers box and some absent-minded crochet!

Oooh, and I'm rather envious of the Bind-it-all!!

Wow, what a amazing collection of creative work! And I really really love, what you did with "Bind-it-all" this little book is phantastic, a real pleasure. And your trip to Brighton sounds just - sigh- phantastic.
Wishing you a wonderful weekend. Barbara

I love the little people installation. What a great idea. Thanks for passing it along, ditto on your gorgeous images! Love the idea of having them in a digital frame to rotate the collection.

Running two digital photoframes at different speeds ... thank you SO much for that idea!